State police were called to a neighborhood standoff in Lycoming County Tuesday where a handful of residents refuse to leave a mobile home park that was recently... 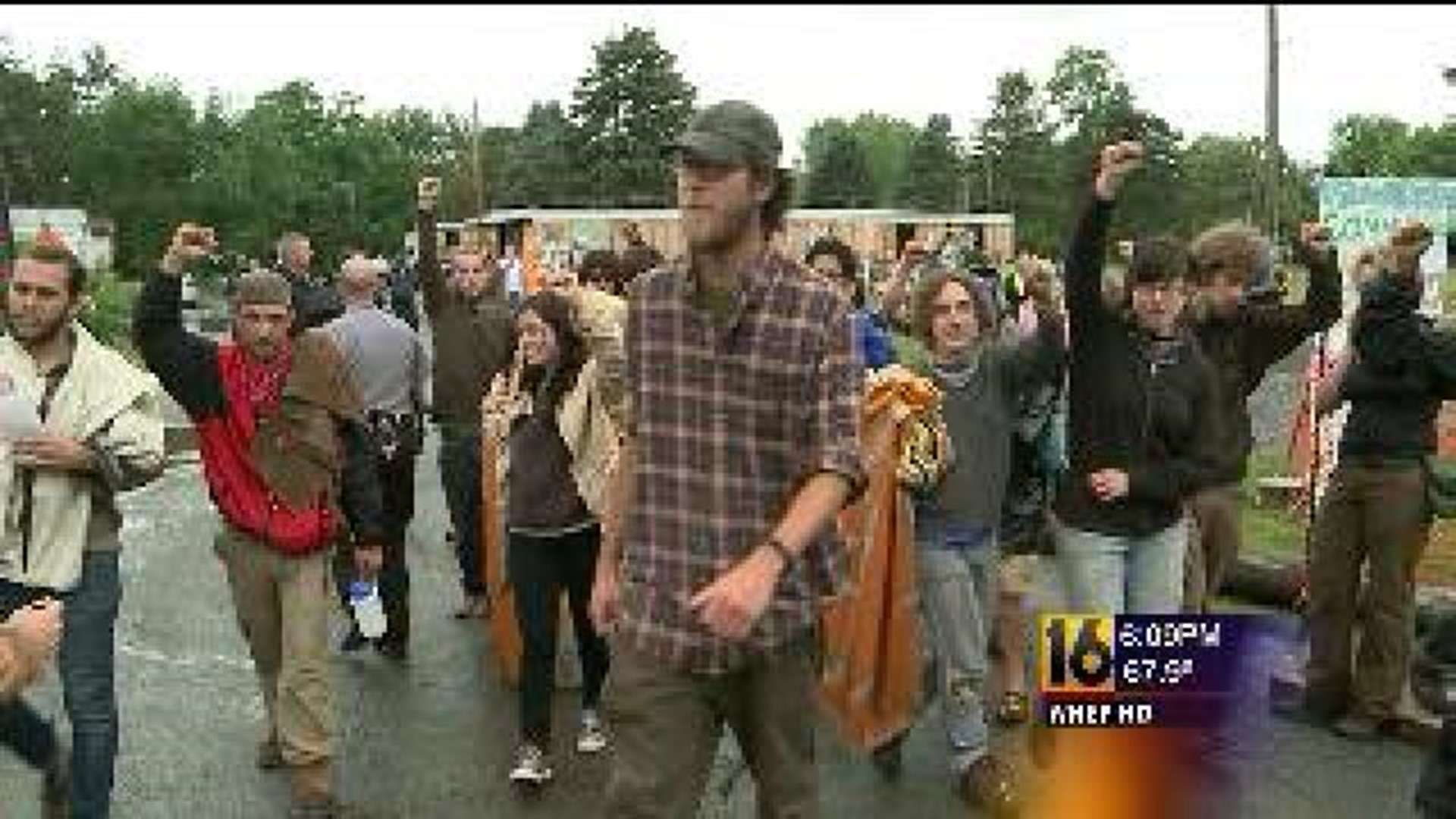 State police were called to a neighborhood standoff in Lycoming County Tuesday where a handful of residents refuse to leave a mobile home park that was recently bought by a company doing business in the natural gas industry.

Around two dozen state troopers were at the Riverdale mobile home park near Jersey Shore, with restraints in hand. Troopers say they were ready to arrest protestors who they say were trespassing. The activists come from all over the country to support residents forced out by the property's new owner, Aqua America.

"The residents have made it very clear to us that we are their guests. Hence, we are not trespassing," Said Wendy Lynne Lee, an activist from Bloomsburg.

State police did not arrest anyone, but they forced protesters to stand along the side of the street. As long the activists were not blocking traffic.

Aqua America plans to supply water from the Susquehanna River to the natural gas industry. Dozens of families were forced out of their homes on June 1. Some are still there as they wait for the next step.

"It's discouraging. I mean, it really is because in our hearts we were trying to not allow this project to happen," Said Kevin June, a Riverdale resident.

"This isn't really about opposing the gas industry. It's about helping this community because there are 37 families, many elderly and children that are basically being made homeless," Said Alice Beecher, an activist from Boston.

Many of these protestors say they've been out here since June 1, almost two weeks. Some of them say they will stay as long as the Riverdale residents ask them to.

"We are deciding what it is exactly we are going to hold until we are forced to leave. People will make decisions according to their own conscience about whether or not they are willing to be arrested," Lee said.

One of the people who still lives at the mobile home park near Jersey Shore says residents are still in negotiations with Aqua America. He says they are allowed to stay until final negotiations are done.