SOUTH WILLIAMSPORT, Pa. — A group of Special Olympic athletes chosen to represent Pennsylvania in the world games is headed to the United Arab Emirates. S... 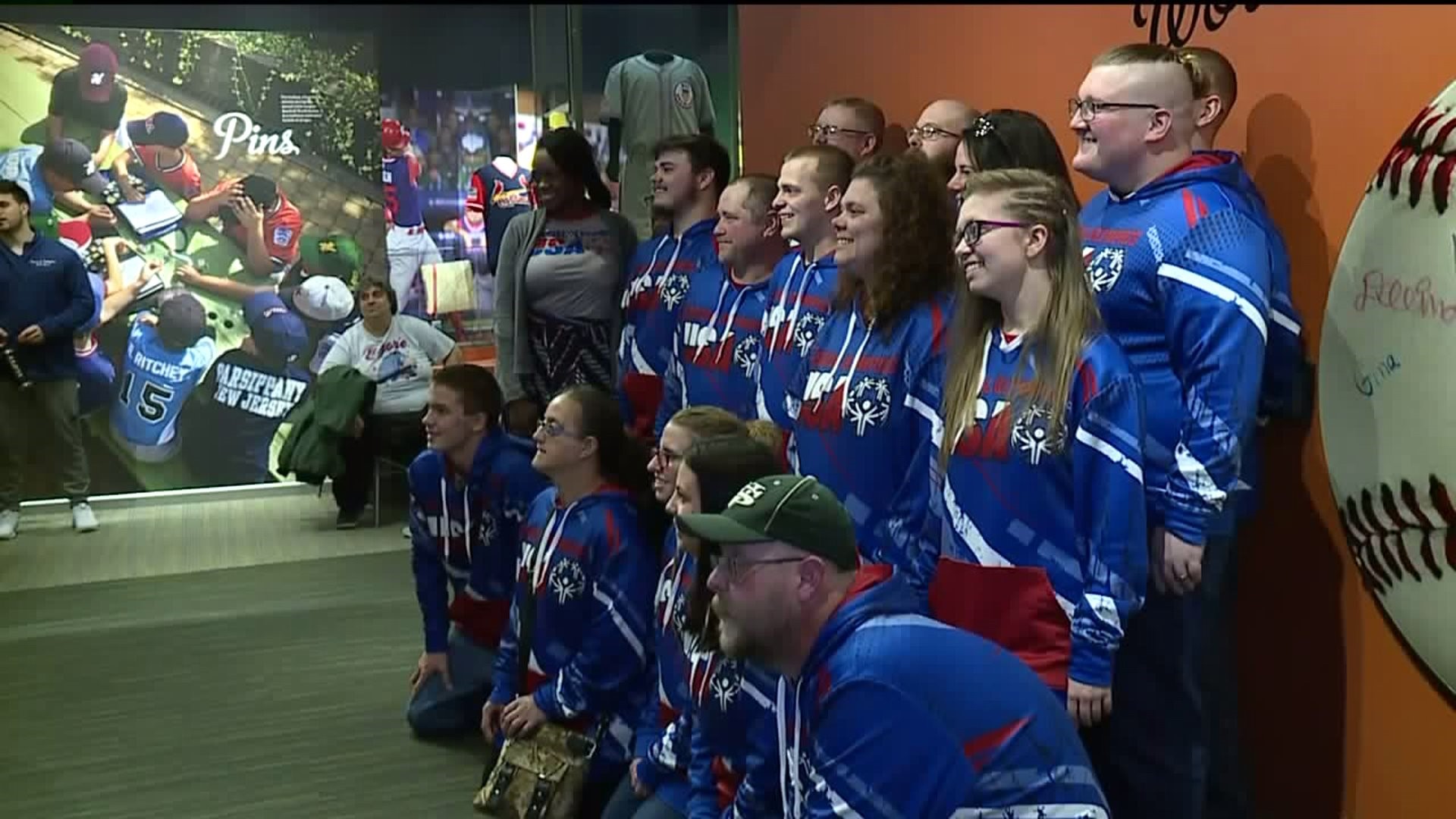 SOUTH WILLIAMSPORT, Pa. -- A group of Special Olympic athletes chosen to represent Pennsylvania in the world games is headed to the United Arab Emirates.

Some cheered, some cried, and most everyone gave out hugs to the group of Pennsylvania Special Olympic athletes and coaches.

Friends, family, and members of the Special Olympics board of directors met at the Little League Museum in South Williamsport for a special sendoff.

These athletes are on their way to the 2019 Special Olympics World Games in Abu Dhabi.

Thirteen athletes representing Pennsylvania are headed to the international competition where thousands will compete in 24 different individual and team sports.

Delina Rodrigues is the only woman powerlifter chosen from Pennsylvania. Some of her family members plan to make the once-in-a-lifetime trip to see her compete.

"It's exciting for them, and it's a great opportunity for her to be independent and be away from me, yet at the same time, we do everything together so it's tough for me to let her go," said Christine Rodrigues.

"Overall, we can go over and try to bring back the gold. It doesn't matter if we do and if we don't, it doesn't matter. It's about the memories just bringing a piece of that back with us for the rest of our lives," said Jordan Litz.

Jordan Litz, 14, is on the volleyball team. He's been competing in the Special Olympics for years.

"This is a family. I can't say enough about it."