SOUTH WILLIAMSPORT, Pa. — The South Williamsport Little League Softball Team did what no other team from its district has ever done before: clinched a spo... 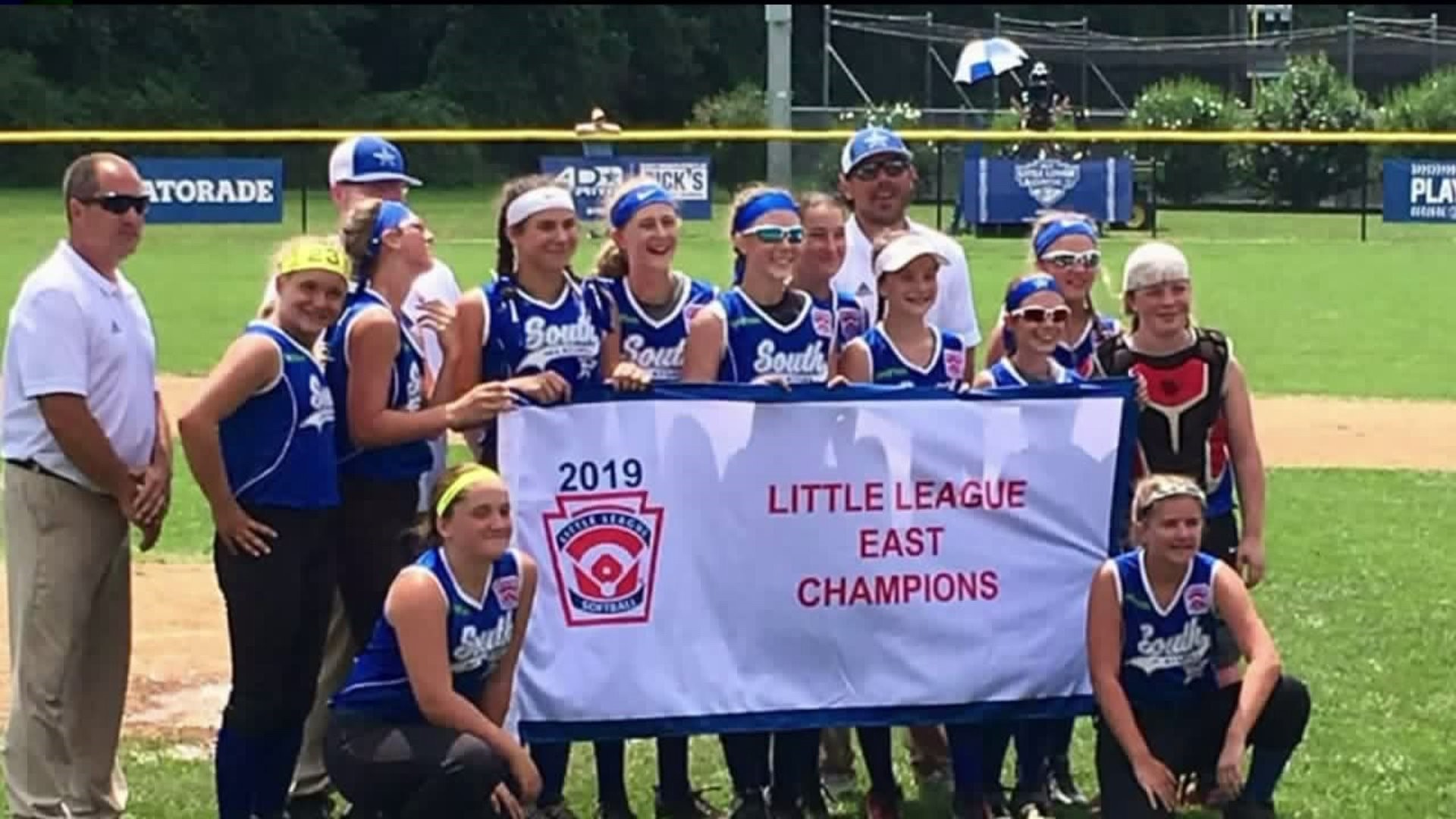 "We're such a good group of girls and we've known each other for a while and coming together and making it this far is amazing," said team member Gianna Goodman.

"It felt amazing because, well, I know for me, I will never get to do this again, because next year I will be in seventh grade and so it felt really good," said team member Sage Lorson.

When the World Series kicks off, the girls will be representing something much bigger than South Williamsport.

The team was known as Team Pennsylvania on Thursday, but come August 7, they will be known as Team East in the Little League World Series in Portland, Oregon.

Even though they are playing on the other side of the country, the girls plan to stick to their roots and play what they call south softball.

"South softball is pretty much playing our best because we know as a team that when we worked together and have our heads in it, we can beat any player or any team," team member Lili Cox said.

The girls are not just playing for a championship they are playing for Elliot Storms, an 11 year old who passed away last month.

"There was this kid in my grade, and he's been fighting cancer for a while and he passed away right after we started and we have this to represent him," said team member Mikaiya Hills.

The team leaves for the Little League Softball World Series in Portland on August 5.