Soldiers Sworn in, Employee Honored on Opening Night for Crosscutters

WILLIAMSPORT, Pa. — It was an extra special opening day on Friday at BB&T Ballpark at Historic Bowman Field for the Williamsport Crosscutters. Future ... 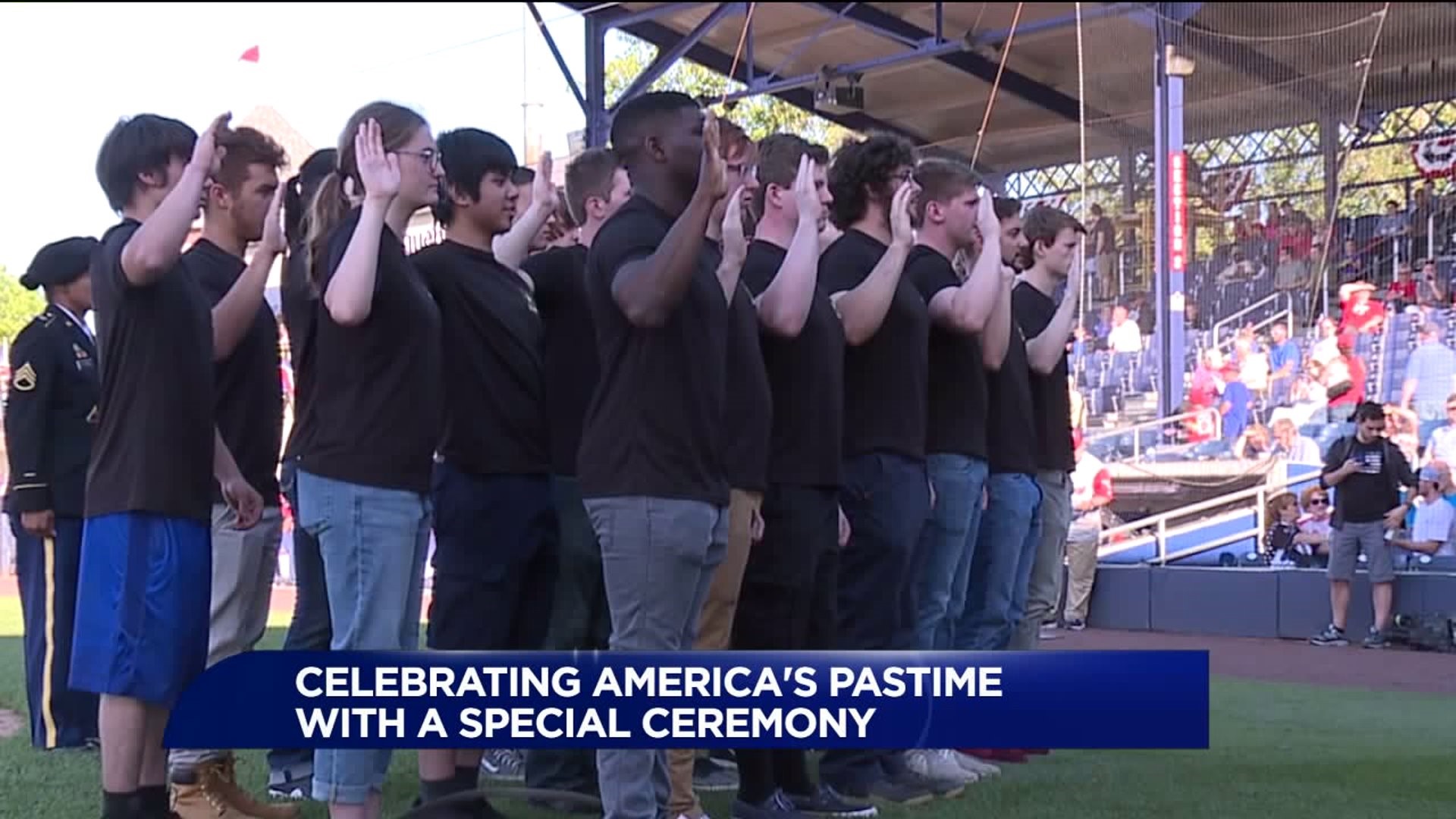 WILLIAMSPORT, Pa. -- It was an extra special opening day on Friday at BB&T Ballpark at Historic Bowman Field for the Williamsport Crosscutters.

Future soldiers were sworn into the U.S. Army and a long-time employee with the Crosscutters was presented with a huge honor.

Friday marked the 244th anniversary of the U.S. Army. 18 soldiers from Pennsylvania were sworn into the army taking their oath on Flag Day on the ball field.

"It's surreal. It really is. It's overwhelming, exciting, it's unrealistic, it's so awesome I'm so excited," Shawnna Fultz, who was sworn into the army, said.

"Just about every man in my family has served and I feel like that's something everyone should at least look into is serving their country," Keagan White, also sworn into the army, said.

"A long line of family tradition. I've had my family date back to the Civil War being in the service," Luke Hollingshead, also sworn into the army, said.

"Being able to show the local populace the opportunities that the army can provide is a way of giving back to the community," Army Capt. James Coker said.

Another person honored on the field on opening night was Rhashan West-Bey, known to everyone in Williamsport as the Director of Smiles.

For 17 years, West-Bey has been making sure every fan feels the same happiness he does when he's at the ballpark.

"I'm feeling great today I know I'm so excited for the 2019 season. I want to do it over and over again," West-Bey said.

In the end, the Williamsport Crosscutters lost the game to the State College Spikes 4-3.