WILLIAMSPORT, Pa. — Williamsport will have a new mayor for the first time in more than a decade. Derek Slaughter defeated Eric Beiter to become the new ma... 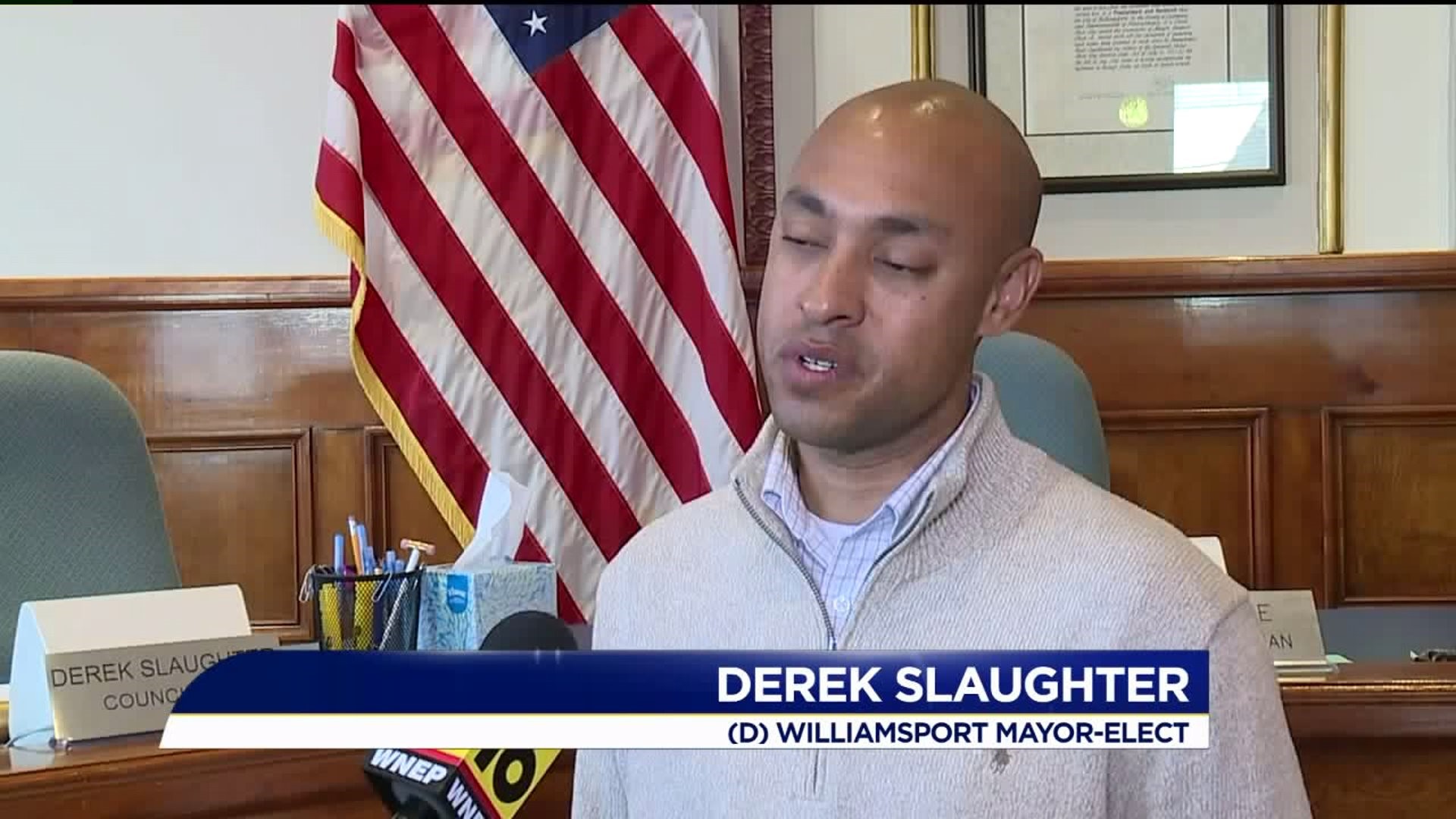 WILLIAMSPORT, Pa. -- Williamsport will have a new mayor for the first time in more than a decade.

Derek Slaughter defeated Eric Beiter to become the new mayor-elect of Williamsport. He is the first Democrat to win a mayor's race in Williamsport since 1987.

"I'm grateful, humbled that the voters of Williamsport, you know, put their confidence in me, and I look forward to getting started in January," said Mayor-elect Slaughter.

Slaughter currently sits on city council and teaches math at Penn College. He told Newswatch 16 that he is ready for his new role.

"We celebrated last night, we enjoyed the victory, but now, today, it's time to get to work, so we are looking forward to getting to work on behalf of the citizens and taxpayers and voters of Williamsport."

After Slaughter's decisive win, the city of Williamsport will have a new mayor for the first time in 12 years, and people in the city say with a new mayor they hope comes some big changes.

"It's good to see some type of change around," said Khaleef Smith. "There needed to be a change from the top down around here, actually, because there is a lot going on. I think this is one step towards a better Williamsport altogether."

"People wanted change. People want it to go in the right direction. They are tired of seeing bad things happen, and they want money to come back into the town and show that we can be a great city, and we can," Cody Strouse said.

"It's exciting, I mean it definitely gives light, it gives hope to this area. Maybe it will boost the morale of the people here," Andrea Page said.

"I'm not going to let them down," said Slaughter. "I'm going to work as hard as I can and do as much as I can for the city of Williamsport and from day one that's what we are looking forward to doing, and I can guarantee them that I will work absolutely as hard as I can to drive this positive change."

Slaughter says his plan for his first day in office is to start getting the city's finances straightened out.