WILLIAMSPORT, Pa. — When a young boy from Clinton County woke up from his tonsil surgery, all he wanted was to be snuggled and cared for. That’s whe... 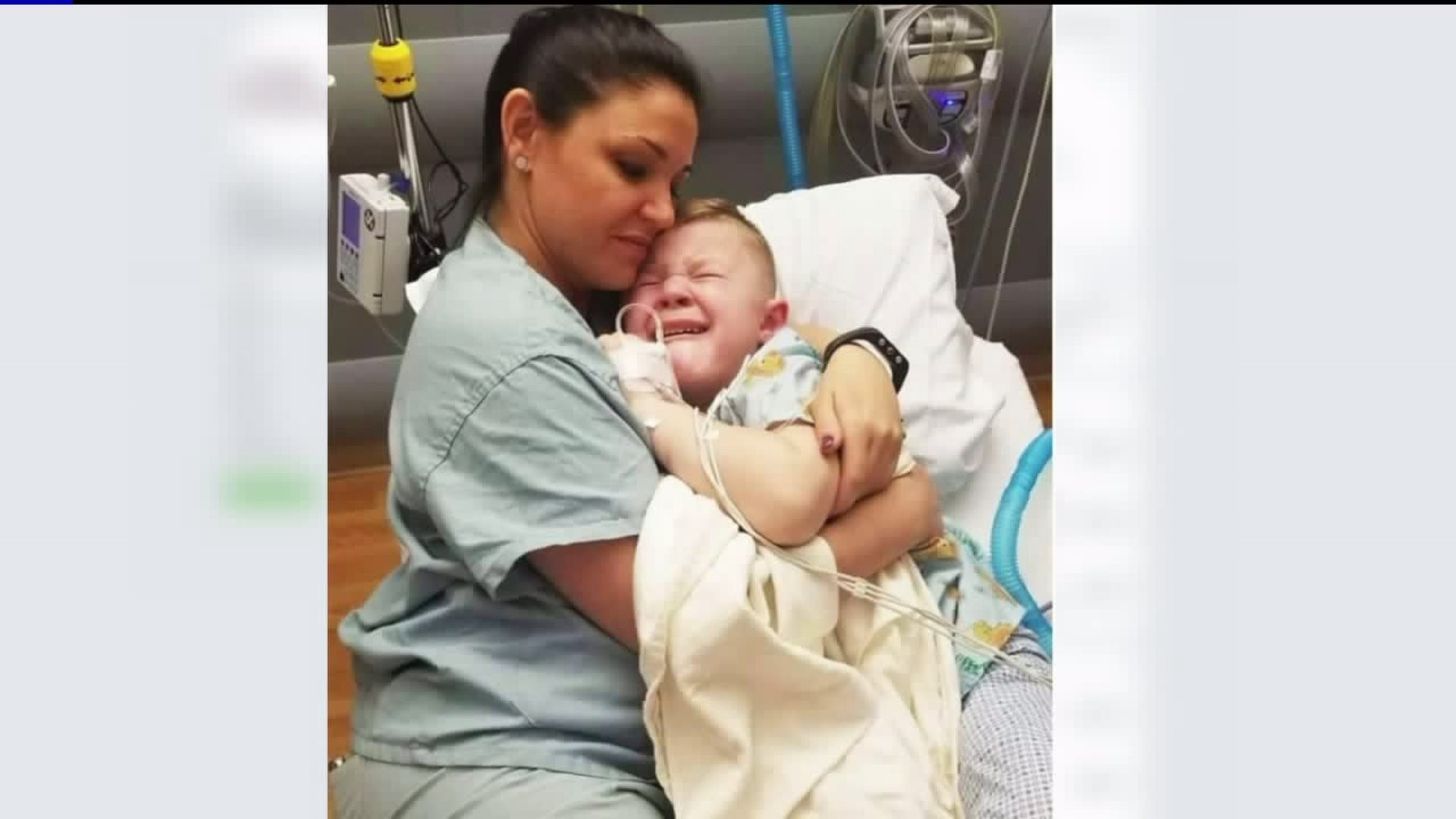 WILLIAMSPORT, Pa. -- When a young boy from Clinton County woke up from his tonsil surgery, all he wanted was to be snuggled and cared for. That's when a nurse jumped in to help.

That unexpected gesture was caught on camera and has been shared hundreds of times.

Slade Thompson, age 5, waited patiently for his new friend nurse Annie Hager. Slade came to UPMC last month to get his tonsils out. It was his second surgery this year.

"He's been through a lot this last year," said Slade's mother Layla Thompson. "We had been in the children's hospital, so we were kind of nervous just going to a hospital to have it done."

The day of surgery came and went well. Slade's mom Layla was in the waiting room.

Before mom could go back to see Slade, a team of nurses had to check her son's vitals.

"When I told him Mom couldn't be there, he asked if I would snuggle him and I said, 'sure will," said Annie Hager, R.N. at UPMC Susquehanna Health in Williamsport.

A single act of kindness and Layla's concerns for her son disappeared.

"You want someone to treat your child the way you would treat them, you know, so whenever I turned the corner and saw them, I looked at my fiancé and we both went, 'Aww!' We both started getting a little teary-eyed," she recalled.

She snapped a photo that's been shared hundreds of times on social media.

"Anyone that works up there would have done the same thing," Hager said.

When Slade and his mom came back for another appointment they brought a gift -- flowers and a hug for their new friend.