SOUTH WILLIAMSPORT, Pa. — It ended up being a complete washout Tuesday at the Little League World Series, and we thought it was the perfect day to hitch a... 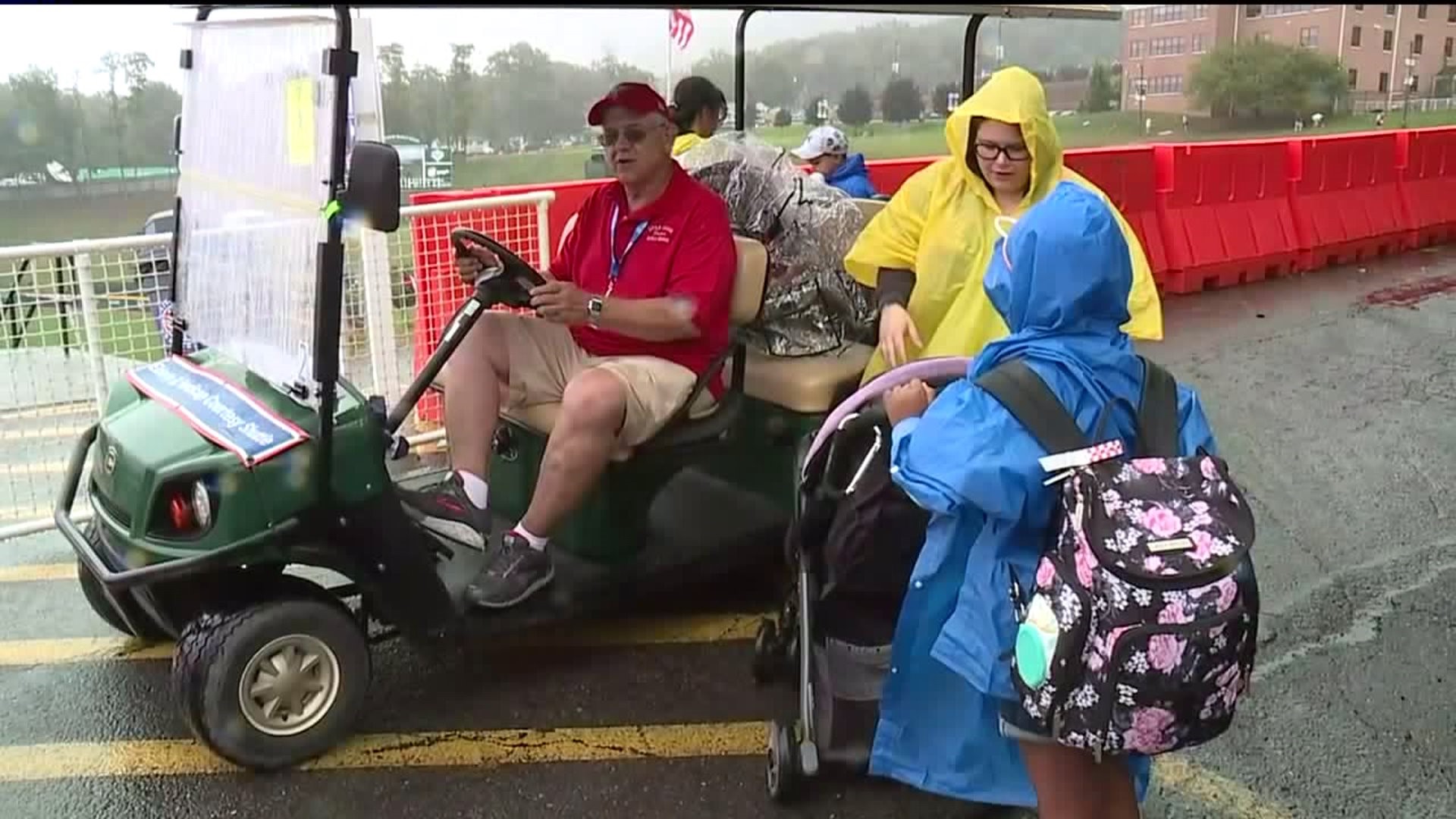 SOUTH WILLIAMSPORT, Pa. -- It ended up being a complete washout Tuesday at the Little League World Series, and we thought it was the perfect day to hitch a ride up the hill on a shuttle.

If you're looking for a lift at Little League, volunteer driver Richard Jacobs might be behind the wheel.

This is Jacobs' second year volunteering during the Little League World Series. He's here just about every day rain or shine.

"We're not loving it because we are out in the rain, but that's part of the job. We don't have as much work."

With rain showers all day, the games were eventually canceled.

"We don't get these games in today, I mean, I don't know. I imagine they'll do a five-game schedule tomorrow," Jacobs said.

"I thought it would clear up get a few games in," said Holly Morgan of Williamsport.

With a chair and bag in hand, we met Holly Morgan halfway up the hill.

"The hill is gruesome, terrible. The more you carry, the worse it is," Morgan said.

"Take a break at every level. Build up the muster to get up the hill," she advised.

With fewer people, Jacobs was able to pick up just about anyone looking for a ride.

"When he offered me a ride, I said, 'Great, stay out of the rain," said Attracta Britton.

"The things I've seen them provide. They've taken walkers, fold them up, and put them on and put the people on them, just pretty great people," said Sandra Hoyt.

"My favorite part is meeting all the people from all over and I've never met a grumpy one yet," Jacobs added.

Get more information about the 72nd Little League World Series in South Williamsport.