MUNCY TOWNSHIP, Pa. — The Bon-Ton is the latest casualty in the retail world, and the loss is hitting shopping malls hard. At the Lycoming Mall in central... 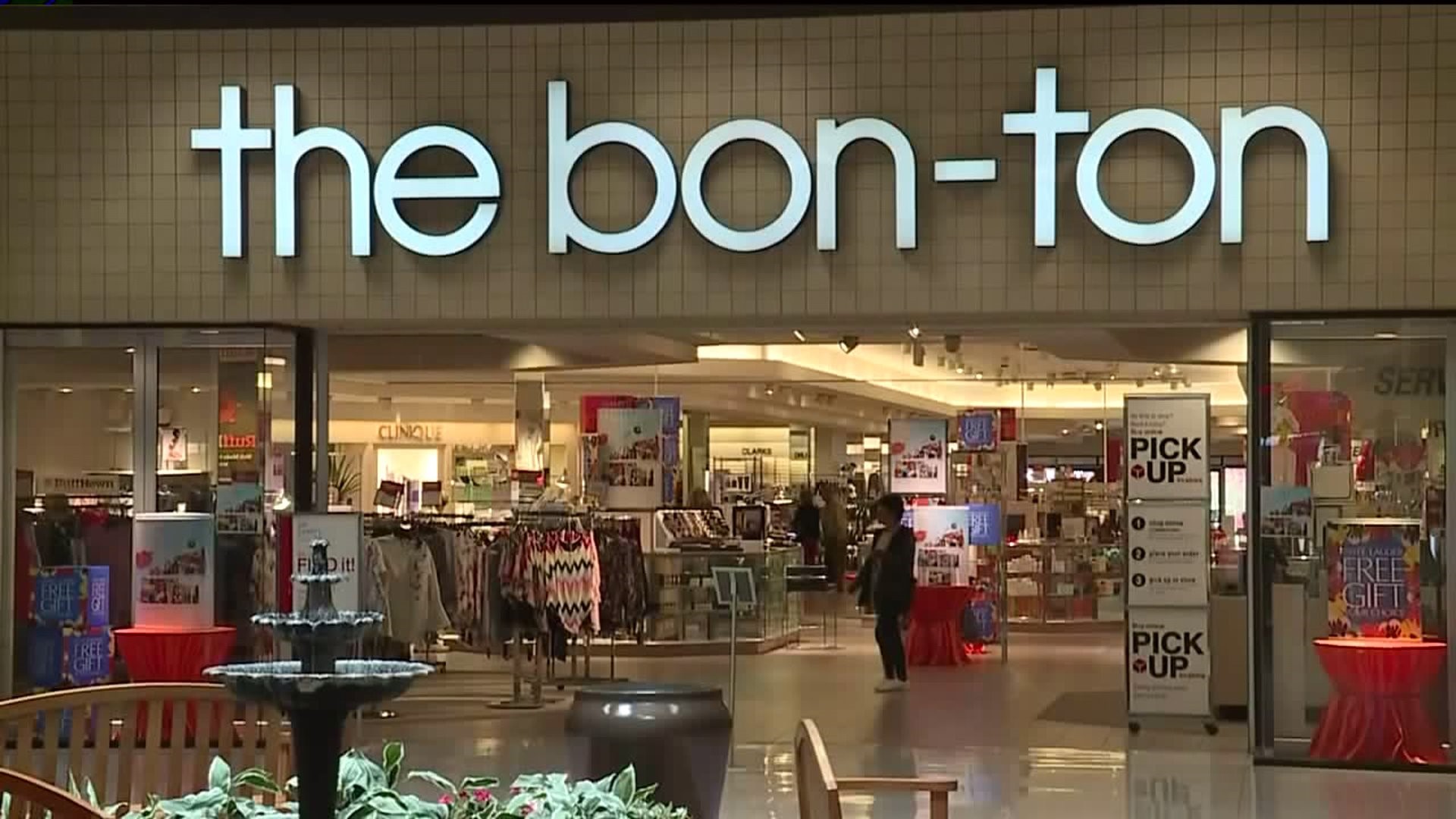 MUNCY TOWNSHIP, Pa. -- The Bon-Ton is the latest casualty in the retail world, and the loss is hitting shopping malls hard. At the Lycoming Mall in central Pennsylvania, The Bon-Ton is the fourth anchor store to leave in the last year and a half.

First, it was Macy's, then J.C. Penney, followed by Sears, and now The Bon-Ton.

"I can always just find what I want for myself, my kids, my grandkids, and I'm really sad it's closing," Judy Wiktor said.

But pretty soon, there won't be any department stores left at the Lycoming Mall. The Bon-Ton is closing all of its stores after the company was bought by liquidation groups this week. Shoppers are bummed.

"I know so many have said to me, there's still Bon-Ton, when some of the other stores would leave. But not anymore. Not anymore," Carolyn Weightman said.

"I come up here thinking I could get Estee Lauder perfume and they're out. I'm very sad, very sad," Doris Holmes said.

Shoppers aren't just worried about The Bon-Ton leaving, they're concerned over the growing number of empty storefronts at the Lycoming Mall.

"I am sad to think that all of these stores are closing and we no longer have our mall as it was say 10 years ago," Weightman said.

It's not only shoppers who notice, either.

"In the two years I've been here, we've lost Macy's, J.C. Penney, Sears, and now I'm hearing which was a surprise to me, that Bon-Ton is leaving," Lisa Borrelli said.

Lisa Borrelli works at Benigna's Creek Vineyard and Winery. While this store has a steady customer base of wine lovers, Borrelli notices the decline in stores, and shoppers.

"Just to see the slow decline, it really is heartbreaking," Borrelli said.

The owner of the Lycoming Mall, Kohan Investment Group tells Newswatch 16 its members are doing everything they can to fill vacant spots. Kohan says they have had interest from non-retail companies, including medical facilities. Some store managers here tell us they are not sure if they will renew their leases once they are up.