HUGHESVILLE, Pa. — A 100-year-old woman from Lycoming County checked her Facebook feed for birthday wishes Tuesday morning. During World War I, before Pro... 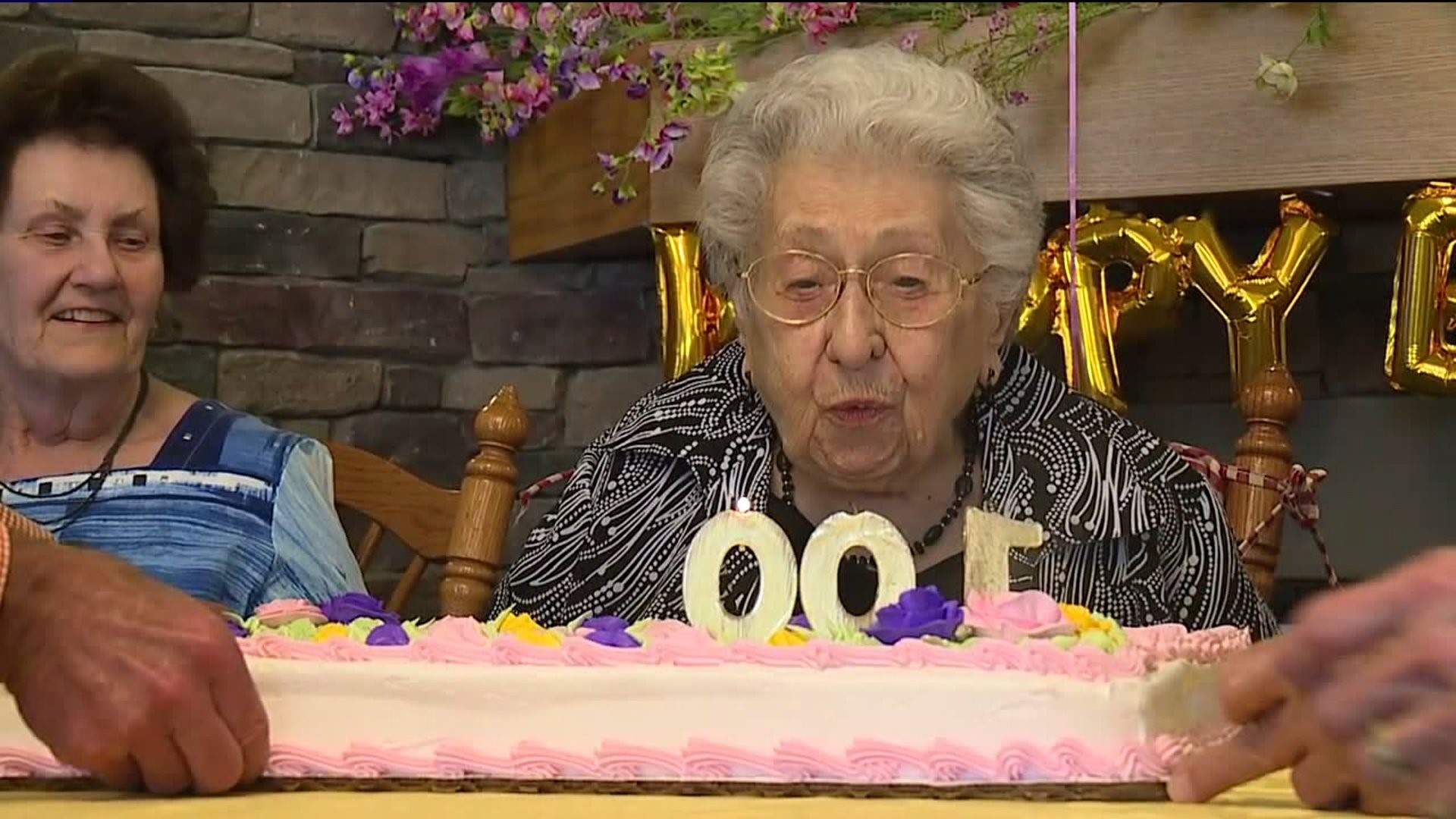 During World War I, before Prohibition and the invention of sliced bread, on May 8, 1918, Grace Speary was born in Ohio.

Speary grew up in Muncy but now home is Wolf Run Village assisted living in Hughesville. That's where friends and family helped her celebrate the milestone.

"I'm glad to have so many friends," Grace said.

She also had a few friends who wished her a happy birthday on social media.

"I don't know of anyone else here that has Facebook," said activities director Lois Geib.

Although her eyesight doesn't always allow her to read the messages, Speary joined Facebook to stay connected with her family and enjoys the photos they post.

"It's nice to see my family grow up when I don't get to see them in person. I can see them as they get older," Grace said.

We asked Grace what she thinks may have helped her live such a long and happy life. She said she has stayed active...and she doesn't mean on social media.

"When I first came in here, I walked every hall every night. I'm down to two halls now," she added.

"I think most of her life she's very conscious of what she eats. She takes care of herself," said Grace's son Ron Speary.

Speary says she hasn't been as active on social media because she can't always read the comments, but she tells us she also enjoys crocheting and with spending time with friends in Hughesville.