WILLIAMSPORT — This Action 16 Investigation looks into a cross-country custody battle fought by a father from Lycoming County, who says he was wrongly tol... 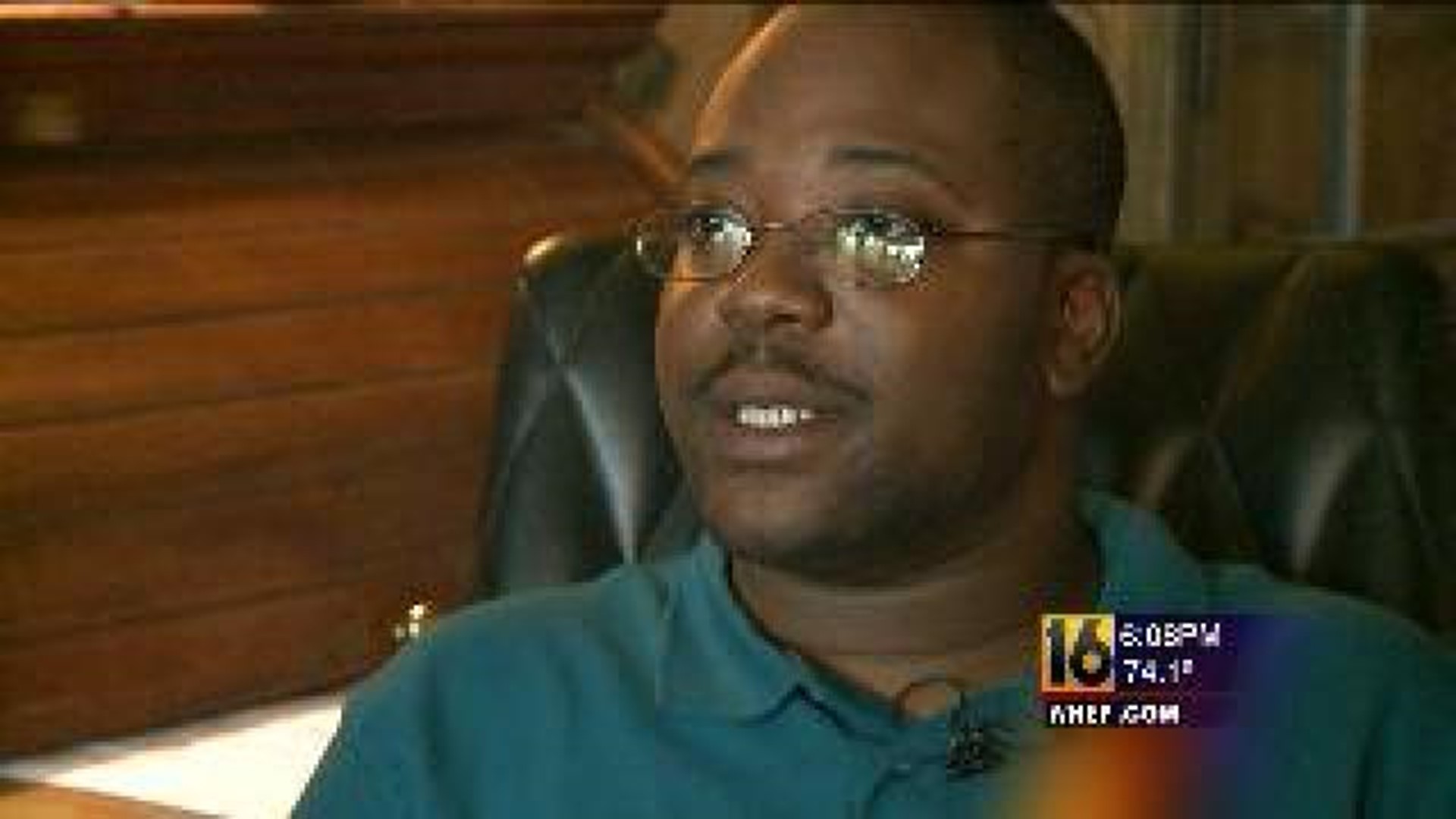 WILLIAMSPORT -- This Action 16 Investigation looks into a cross-country custody battle fought by a father from Lycoming County, who says he was wrongly told his child died at birth.

His story raises questions about the rights of biological fathers whose children are put up for adoption without their knowledge.

His journey to get to the truth has been filled with frustration and pain.

With six tours of duty in Iraq and Afghanistan, Chris Carlton is used to battle.

But now, he`s home in Williamsport, fighting a different kind of fight.

"Where`s my baby?" asks Carlton, about the child he and his then-girlfriend conceived in late September 2010.

The couple split two months later, but Chris wanted to be a part of his child`s life.

So he says he kept in touch with the woman throughout the winter.

But, Chris says she left Williamsport without telling him in May 2011, eight months into her pregnancy.

Then in June, a week after the due date, Carlton says, the woman contacted a couple of his friends, who in turn told Chris the news.

"She called and told us the baby was born," Carlton says quoting a friend.  "And I was like: `What? Why didn`t she call me?"

Two weeks after that, Chris says she sent pictures to his phone claiming it was their baby son.

He wanted to see him.

But in July, Chris says the woman showed up at his house, claiming, the baby had died.

"I`ve never felt that kind of pain," recounts Carlton.  "And I believe no parent should feel that pain.  And for the people that have already felt the pain, God!"

Chris demanded to know where the baby was buried. He persisted for three months.

Chris Carlton says he received a call to hurry down to a women’s center in Williamsport, to meet with a counselor and his ex.  It was here, Chris says, the woman dropped a bombshell that changed everything.

"The baby`s not dead," Carlton quotes the woman as saying.  "And I looked and I said, `What? What do you mean my child isn't dead.'  And she said, `Wait, I put the child up for adoption.'"

Chris says she would not tell him where the adoption took place. So he took her to court in Lycoming County.

"The first thing the judge said to her, looking through the papers, `Where`s the baby?'" said Carlton.

After the court hearing, Chris says the woman told him that she had flown to Utah to give birth and to give up the baby to a business called "The Adoption Agency of Choice" Near Salt Lake City.

Chris Carlton says called the agency saying this: "My child was put up for adoption illegally, against my will, y`all need to give my child back.  'We don`t have to do anything ,sir.'"

And he took his case to court.

But in January, a Utah judge ruled against Chris claiming he didn't establish his parental rights in Utah fast enough to stop the adoption.

The attorney for the Adoption Center of Choice near Salt Lake City sent us this statement:

"In June, 2010, the Adoption Center of Choice (“Adoption Center”) assisted a birth mother from Pennsylvania with an adoption plan because she believed it was in her child’s best interests for the child to be placed for adoption.  Because she was not married to the father of the child, she exercised her right to privacy and chose not to name him.

The Adoption Center ascertained that no man had established any rights regarding the child in either Pennsylvania or Utah prior to the birth mother’s placement of the child for adoption and, therefore, the decision whether to place the child for adoption was the mother’s decision to make.  While the Adoption Center believes Mr. Carlton’s claim that the mother lied to him that the child had died is unfortunate, if true, this information was allegedly provided to him after the time for him to take action to establish rights had passed and did not affect the mother’s right to determine what she believed was in the child’s best interests.  The court specifically found that Mr. Carlton was not misled prior to the adoptive placement and that he had been presented with circumstances that would have alerted him to the need to take legal action if he wanted to be involved in his child’s life.

The court in Mr. Carlton’s case carefully evaluated his claims and correctly determined that Mr. Carlton could not disrupt the adoption."

"It’s my child," says Chris Carlton, vowing to fight on, as his daughter is being raised by others.

By phone from Utah, Chris Carlton's Attorney told us, Utah is home to several adoption agencies catering to out-of-state women because state laws are weighted against biological fathers.

Chris Carlton is appealing his case to Utah`s Supreme Court.

He claims that since he was told his child was dead, he had no chance to establish his parental rights in that state in what the court called, "a timely fashion."