Search is On for Missing Hero Puppy in Lycoming County

MILL CREEK TOWNSHIP, Pa. — A soldier driving home for the holidays was only a few miles from his family in Lycoming County when icy roads caused him to cr... 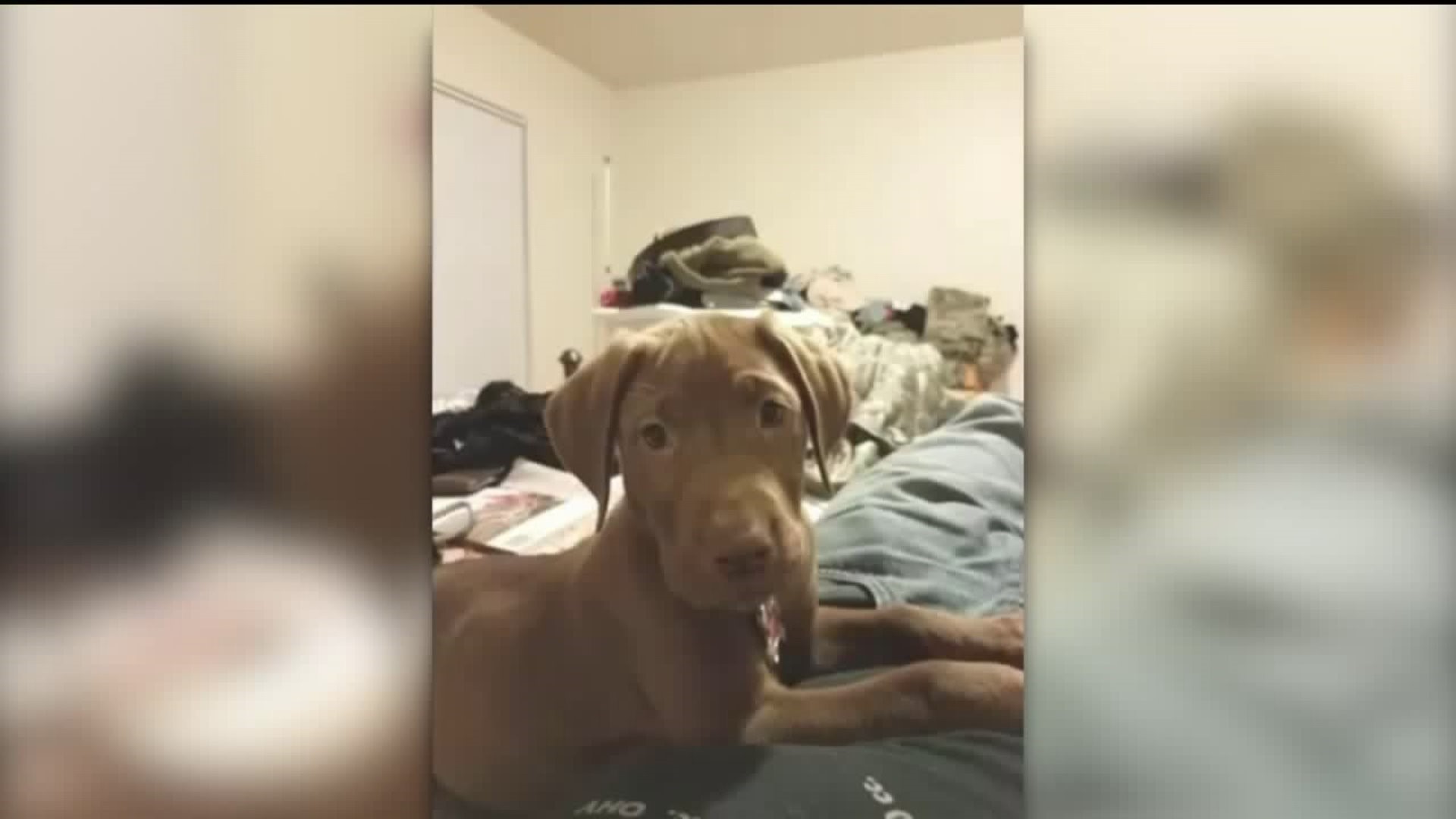 MILL CREEK TOWNSHIP, Pa. -- A soldier driving home for the holidays was only a few miles from his family in Lycoming County when icy roads caused him to crash. Piper, his family's puppy, fled the scene as he was trapped in the car.

Corey Miller has been searching all over Lycoming County for his wife's dog Piper, but Piper isn't just any dog. The five-month-old puppy saved his pregnant wife's life just a few months ago. Now, this family is hoping to save Piper after a car crash spooked the dog into fleeing.

On December 13, Miller was driving to see his family in Lycoming County on leave from the Army for Christmas. After days of driving, he was almost home when he hit a patch of ice on Rabbittown Road.

"I was coming home from Fort Bragg, North Carolina. I was home on leave for Christmas to visit my family, and right back here behind us, I hit black ice, and my truck turned on its side and hit the bank," Miller recalled.

In the car with Corey was his wife's five-month-old chocolate lab, Piper. After the vehicle flipped, Piper ran from the car, and that was the last time Miller saw her.

"When it hit the side, the box went up on the bank, and it left enough room under the truck for Piper to crawl out the shattered window, and she took off while I was still trapped in the truck," added Miller.

Piper is now a service dog in training for Corey's wife, Nichole. Nichole is currently five months pregnant. Just a short time after getting Piper, the puppy was lying next to Nichole and detected a severe heart condition.

"She actually saved my wife's life once because she actually detected her heart rhythm when she was lying with her in bed, and she got up and started whining, so that enabled me to get her to the hospital in time to actually save her life because she was going into arrhythmia," Miller said.

"She means a lot to Nichole," said Bonnie Snyder of Bellabons Pet Recovery Services. "It's her service dog in training, she saved her life, she means a lot."

The family is actively searching for the puppy with the help of Bellabons Pet Recovery Services in Williamsport.

"I help people find and bring home their lost pets, and we are out here after Piper," Snyder said.

Snyder has been driving around the back roads of Lycoming County for the past week, posting signs that include a picture of Piper.

Piper was wearing a pink vest when she went missing. If you see the puppy, you are advised to not approach the dog.

"We want anybody that sees her to just call immediately. Do not try to get her. Normally, people think, 'Oh, we see a puppy. The puppy is going to come to us.' That's not true after they are traumatized," Snyder said.

If you see the dog, you are urged to call Bellabons Pet Recovery Services in Williamsport at 570-244-1789 and tell them your location.