Saying Thank You to Postal Workers for ‘Stamp Out Hunger’ Event

WILLIAMSPORT, Pa. — Postal workers in Lycoming County help collect thousands of pounds of food for their community every year. Members of the nonprofits t... 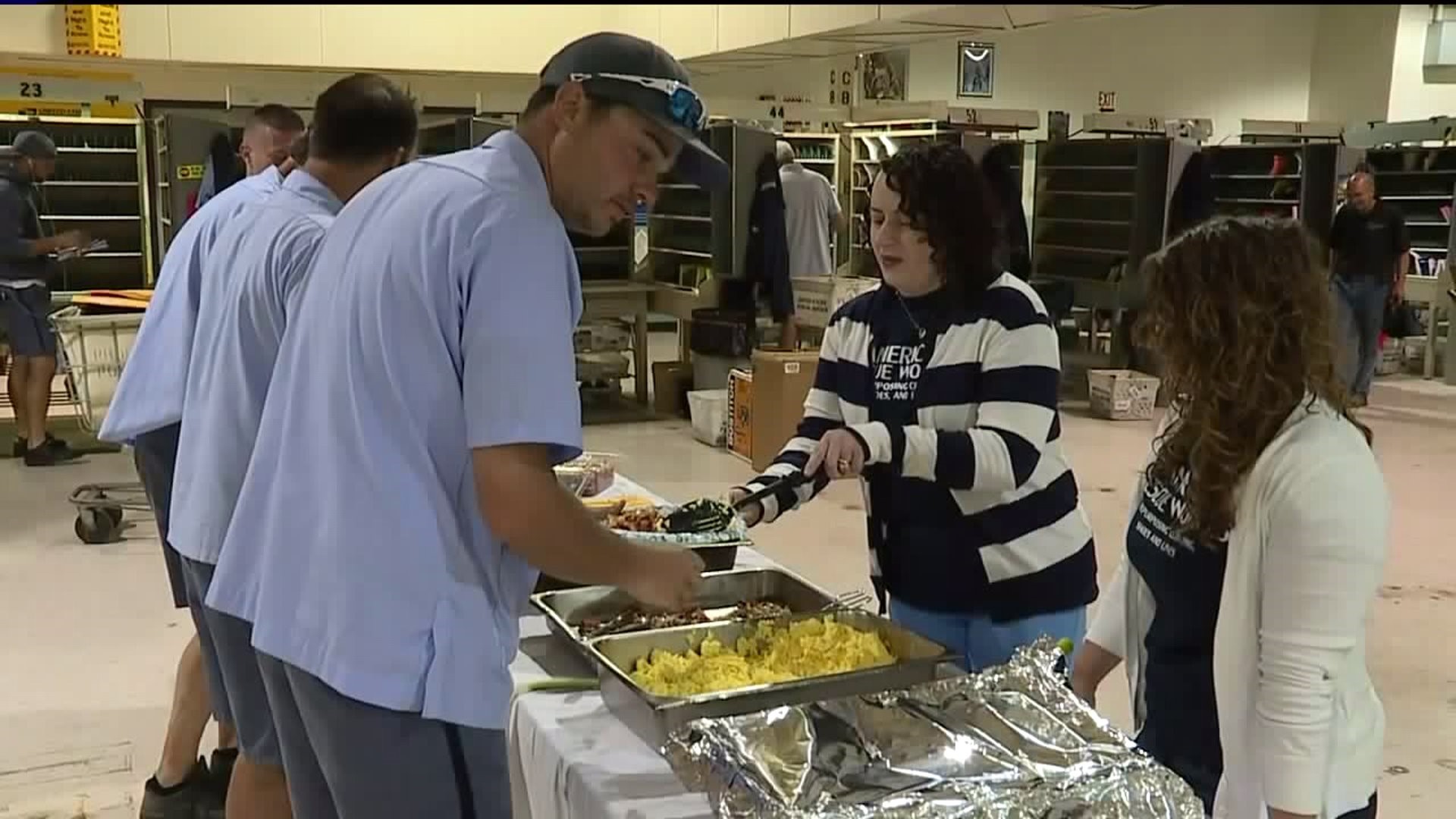 WILLIAMSPORT, Pa. -- Postal workers in Lycoming County help collect thousands of pounds of food for their community every year.

Members of the nonprofits that receive support from that collection stopped by the post office on Thursday to say thank you.

Most every morning, you'll find dozens of mail carriers starting their day sorting through the mail the post office in Williamsport. They usually collect mail, but one day a year, these mail carriers collect food.

It's called Stamp Out Hunger, and every year for 27 years, just before Mother's Day, this post office sends out letters to residents in the Williamsport area asking them to leave out nonperishable foods.

Leann Faradin has donated her time nearly every year.

"It kind of makes for a little bit of a busy day, but it's giving back, so that's what we do," Faradin said.

"After 27 years, we've got it down to a science. It's a great thing. This year we picked up 15,000 pounds in Williamsport, so it's just a neat opportunity, like Leann, to give back to the community," food drive coordinator Paul Nyman said.

Now that it's been collected, American Rescue Workers and the Salvation Army will distribute the food to people in need in the Williamsport area.

"There are several huge pallets that take us a couple of weeks to sort through and put on shelves. It will propel us into the summer for all of the people that come to us for help," said Salvation Army Maj. Donald Spencer.

For the first time this year, American Rescue Workers and the Salvation Army stopped by the post office and thanked them with breakfast.

"You know that's a lot of food, so we just want to thank those who went out and spent their Saturday, not only delivering the mail, but picking up the food," said Kendra Parke of American Rescue Workers.

"Just makes you feel good as a human being to be appreciated. I just appreciate them that they think enough to thank us," added Faradin.

The post office in Williamsport plans to continue the Stamp Out Hunger event.