WILLIAMSPORT, Pa. — Friends and family gathered to say goodbye to a man who shared his journey of life and death with us. Gerry Ayers did so in hopes of h... 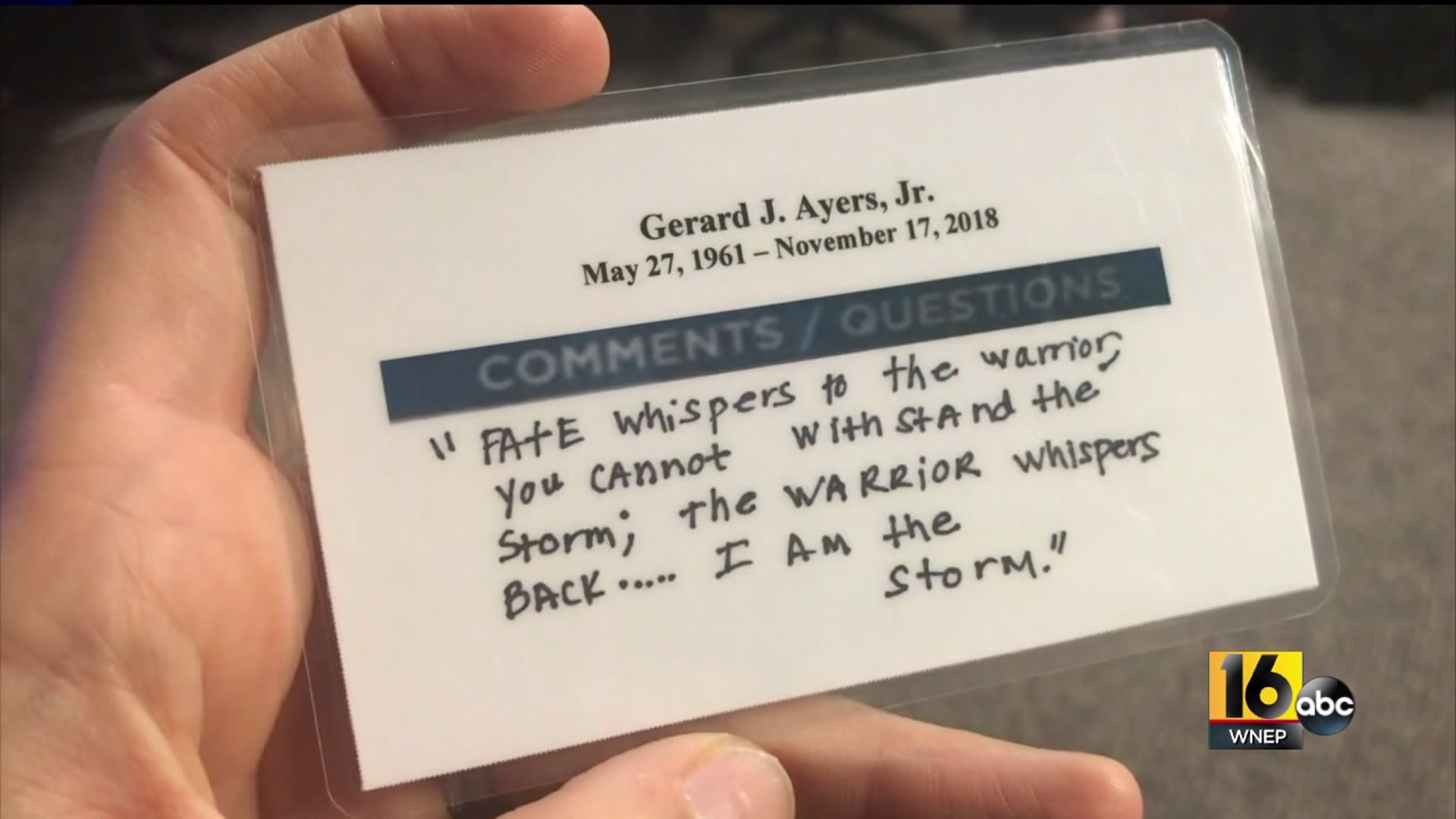 WILLIAMSPORT, Pa. -- Friends and family gathered to say goodbye to a man who shared his journey of life and death with us.

Gerry Ayers did so in hopes of helping other cancer patients and their families.

A public memorial service for Ayers was held Wednesday morning at Trinity Episcopal Church in Williamsport. Nearly every pew in the church was filled.

He passed away last week from colon cancer.

During the eulogy, Gerry's brother spoke about how Gerry spent his life making an impact on thousands who he met, that he never grew old because he kept doing what he loved and was able to carve out his own unique path through it all.

Everyone at the service received a copy of a popular quote Gerry wrote to himself while in the hospital.

It reads, "Fate whispers to the warrior, 'You cannot withstand the storm;' the warrior whispers back… 'I am the storm.' "

"If people with cancer can realize even if one thing is taken away that there is still something left to give, then that's vital that they can continue to give in a certain way. It doesn't have to a fearful death warrant. Instead, use what you have to the very end of what you have, and I think good things will happen for everybody involved," Ayers said to Newswatch 16 back on November 1.

Ayers was a car collector. To honor their friend, members of the North Central Mustang Club parked their cars outside the church in Williamsport.

Anyone who wishes to make a donation in honor of Gerry can donate to a foundation created for Gerry's very young niece Ellie who passed away in 2012. She had an enlarged heart.