A road construction project in Hughesville is causing headaches for a local business owner. 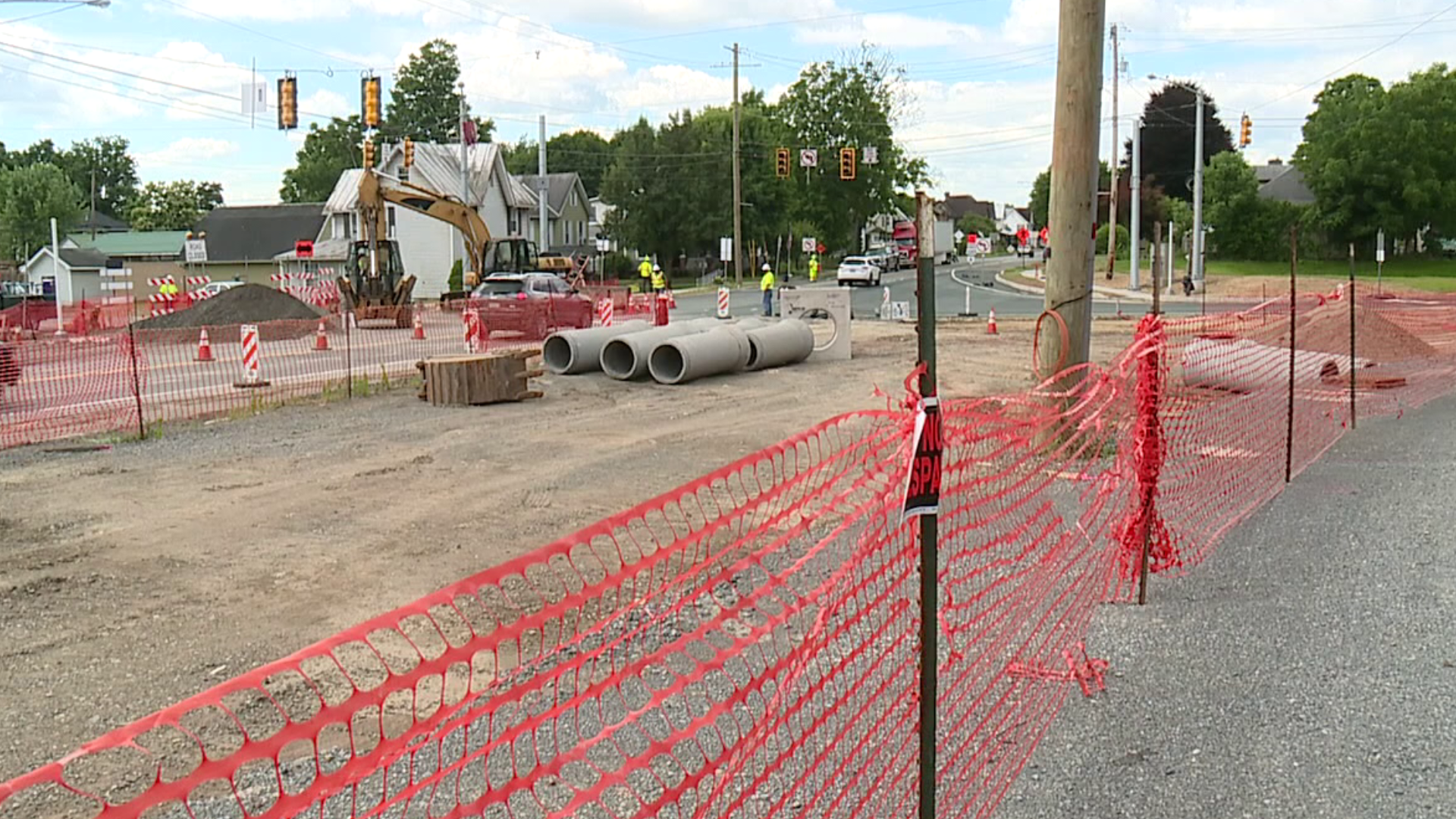 HUGHESVILLE, Pa. — If you have traveled through Hughesville in the past year, you've probably noticed the construction at the intersection of Routes 220 and 405.

PennDOT is adding a few more lanes to that intersection to help decrease traffic congestion in the area.

"They are adding turning lanes coming from the south on 220 and coming north on 220 into Hughesville. There will be turning lanes," said Hughesvile mayor Richard Smith.

The Mayor of Hughesville says traffic before the project was getting out of hand.

Not everyone is thrilled with the construction plan.

He says the construction is hurting his beer business.

"We're down over 50 percent for the last four weeks, and the weeks before that, we were down probably 30 percent since the start of this project," said business owner Carl Schultz.

Road construction wiped out most of Schultz's parking lot in front of the beer store and pizza shop.

He says he will tear down the beer store.

"Now, we have to just shut down in order for the pizza building to survive, so they have parking."

"PennDOT offered to assist in relocating the beer distributorship prior to construction, and compensation was provided to make modifications to his property to improve access and parking for the remaining businesses," said PennDOT official Maggie Baker.

According to PennDOT, the road construction on route 220 will be finished by early October.