DUBOISTOWN — Over the past two months, there has been a rash of armed robberies in central Pennsylvania. Now authorities are offering a cash reward in hop... 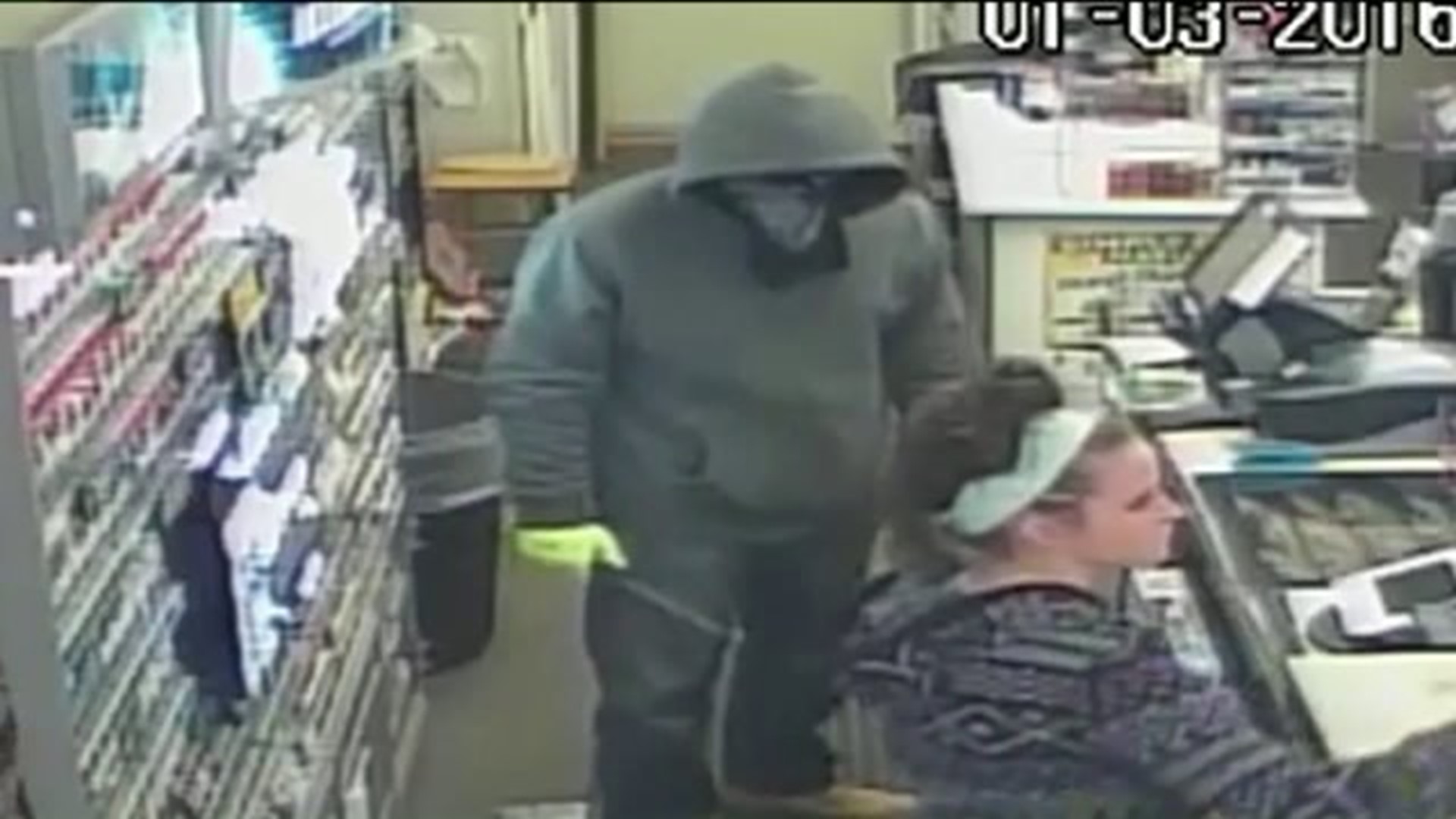 DUBOISTOWN -- Over the past two months, there has been a rash of armed robberies in central Pennsylvania. Now authorities are offering a cash reward in hopes of identifying the man behind the blue bandanna.

State police have linked the same suspect to at least 10 armed robberies. Although he's been caught on camera several times, the man continues to rob different convenient stores around Lycoming County. His most recent was a Turkey Hill in Duboistown.

Authorities believe the armed robber who held up the Turkey Hill in Duboistown could be the same man seen in several security camera photos and videos.

State police now suspect the armed robber who usually wears dark clothing and covers his face with a blue bandanna may have robbed at least 10 convenient stores in central Pennsylvania in the past five weeks.

"It's very sad that all these small businesses have to be worried that someone is going to come in and rob them,” said Ethel Drier.

Duboistown Police were back at the Turkey Hill hours after the robbery.

Across the street at La Chic Total Image Salon, Gene Drier read the paper while his wife Ethel had her hair rinsed and styled.

"He's gone beyond the fear of being caught that's what makes it dangerous. You never know the next step could be far worse than just a theft," said Gene Drier.

The hold up here at the Turkey Hill  is just the most recent in a string of armed robberies in Lycoming and Clinton Counties. Now state police hope a cash reward might help them find who is behind the blue bandanna.

"PA tips through Crime Stoppers is willing to invest up to $2,000 for information leading up to the [arrest] of this suspect," said Captain Jody Miller.

Authorities tell us video surveillance from several of the convenient stores is helpful in the investigation, but they also rely on tips from the community.

"The fact that he keeps doing it and the fact that he feels secure, eventually he is going to make a mistake and they will get him they definitely will catch him here," said Ethel.

For more information contact Crime Stoppers or call toll free 1-1800-4PA-TIPS. All callers remain anonymous and could be eligible for a cash reward.