Republican Primary for Mayor of Williamsport

WILLIAMSPORT, Pa. — The city of Williamsport will soon have a new mayor after current Republican Mayor Gabe Campana decided to run for Lycoming County Com... 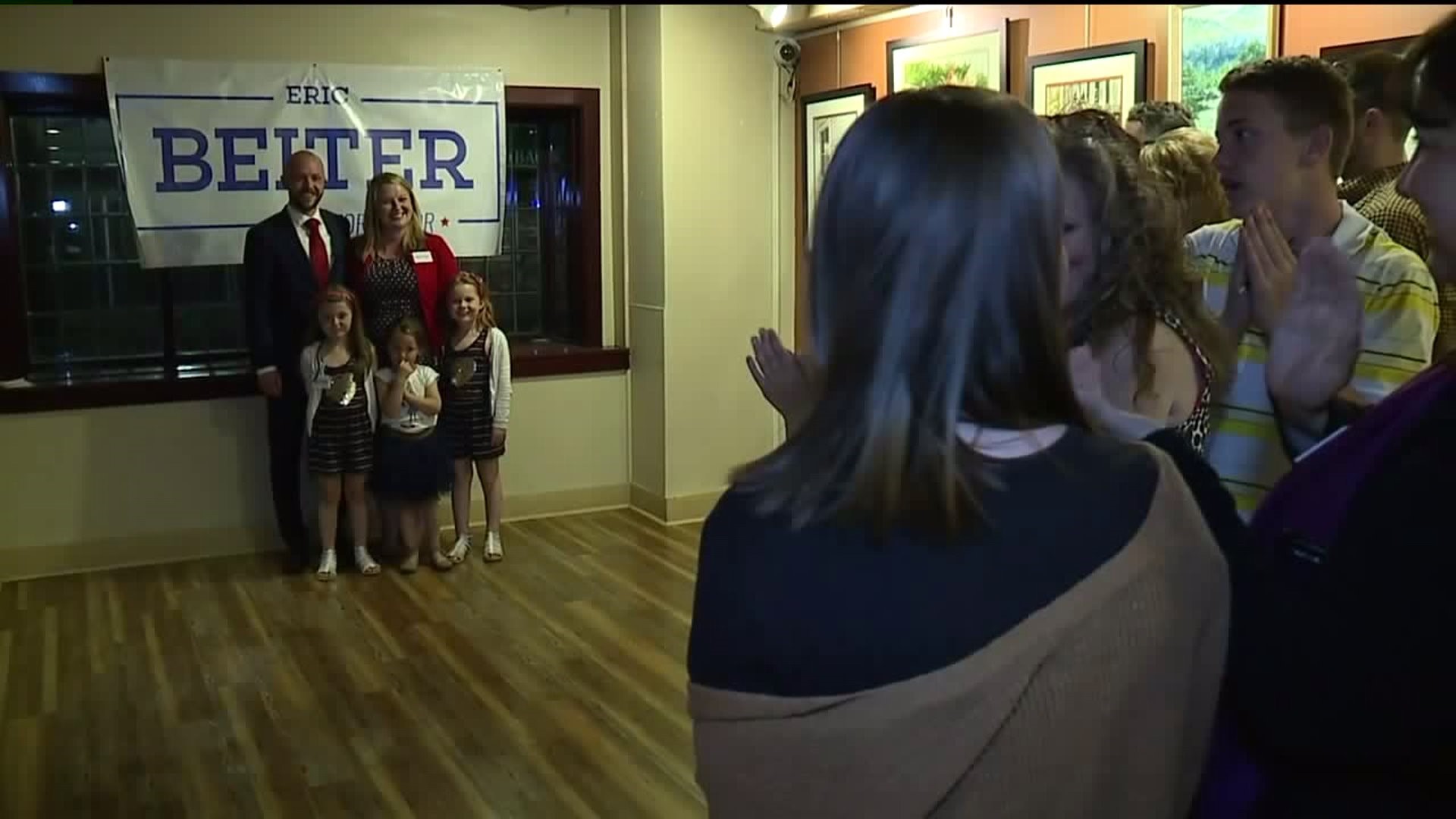 WILLIAMSPORT, Pa. -- The city of Williamsport will soon have a new mayor after current Republican Mayor Gabe Campana decided to run for Lycoming County Commissioner after three terms.

Beiter will be the Republican nominee in the fall.

"My candidacy has been a foundation for a fresh start. We’re looking at not just what’s going to happen in the next four years in the city of Williamsport, but what’s gonna happen for future generations so that my children have a place to come back to after they go to school and that they are proud to call their home,” Beiter said.

Beiter is the store manager of Beiter’s Home Center in South Williamsport.  He graduated from Bishop Neumann High School and Arcadia University just outside of Philadelphia.

Noviello has been on Williamsport City Council for eight years.  Noviello has taught state and local government and history classes at Penn College and has been an adjunct faculty member at Penn State University.  Noviello graduated from Bucknell University.

Beiter will take on Democrat Derek Slaughter, a Williamsport City Council member, who ran unopposed in the primary.

“A lot of people say, 'Why are you running for mayor?' I love Williamsport. It’s my home. I was born and raised here, and I really just want to give back and make Williamsport solvent again if I’m fortunate enough to get elected,” Slaughter said.

Campana did not succeed in his bid for county commissioner.

CLICK HERE for the latest election results and more.