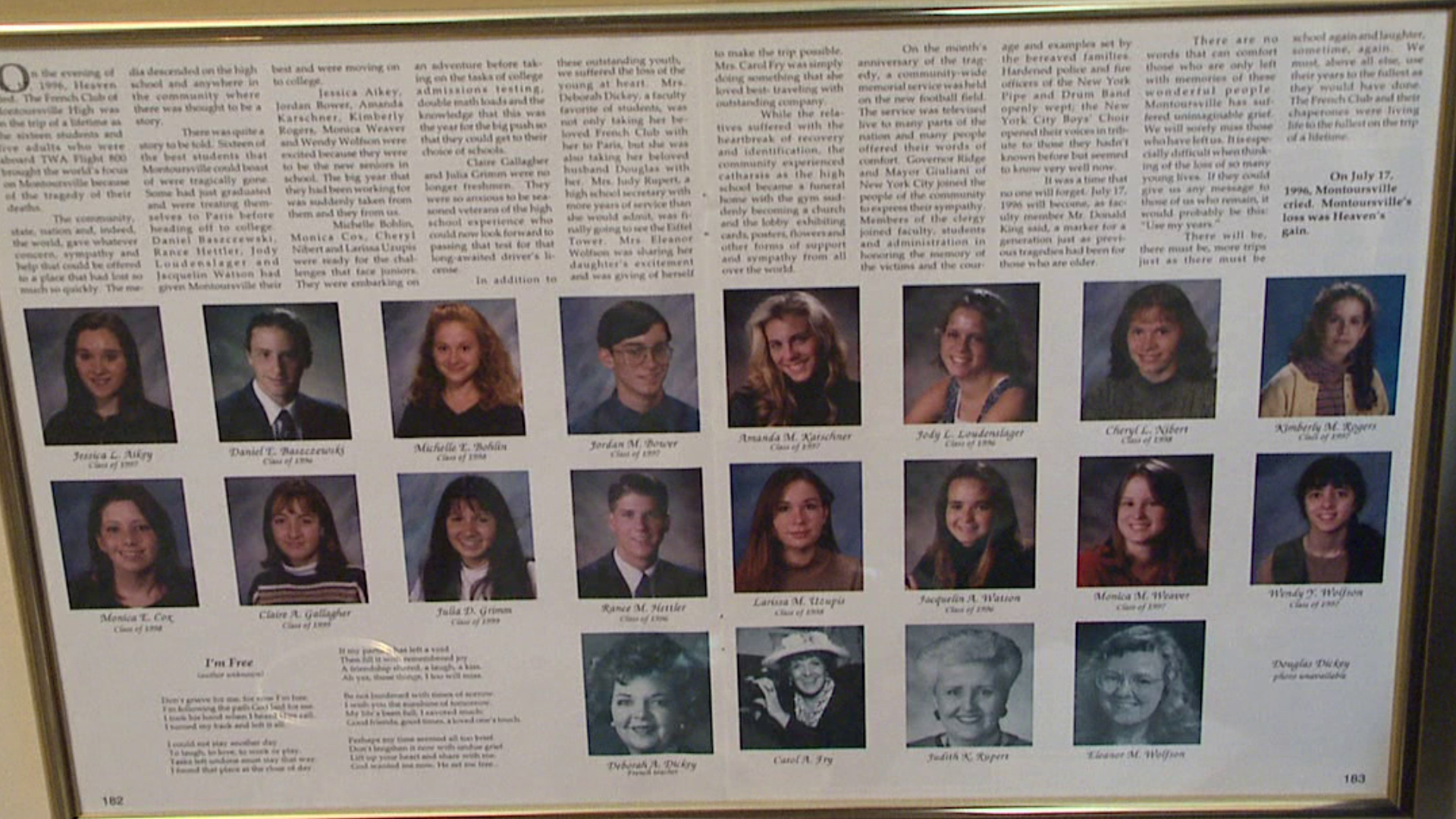 MONTOURSVILLE, Pa. — As Michele Jez and her sister stood inside the General John Burrows Historical Society's Flight 800 memorial room in Montoursville, they stared at the faces of 21 people whose lives were cut way too short.

Michele's daughter is among them.

"It's been a long time. I think about her all the time so it really. It used to be that when July hit I would be upset, and just not even realize, then it would hit me but she's just become part of our life the way she is now," said Michele Jez, of Montoursville.

It's an open wound that never seems to heal for Jez, even 25 years later.

Her Daughter Larissa Uzupis was one of the 21 people from Montoursville High School and one of the 230 people who boarded Trans World Airlines Flight 800 and didn't make it home.

The plane, bound for Paris, exploded just after takeoff from New York, killing everyone on board.

Jez said her daughter had a bright future ahead of her.

"She was already, even at 15 she had lists of colleges and rankings and ratings so she was really focused on her future," Jez said.

He says his daughter wanted to go on the trip but because of a planned family vacation, he wouldn't allow it.

"We said you're going with the family, you're not going on that trip. After it happened she's been kind of melancholy, but every year she gets a little teary. But I'm sure she is glad she didn't go," said Maynard Bogard, of Montoursville.

Bogard was a former teacher at Montoursville High School during the time of the crash. He says he knew nearly all the students on board the flight.

"You know they were all good kids," Bogard said. "You know, I can remember, I wasn't there but we have a picture of them lined up waiting for the bus to take them to the airport. They were all together in front of the school and they were having a ball every day. Having a great time and then that happened, holy mackerel."

With every anniversary that comes and goes, those in Montoursville hope people will continue to remember the lives lost.