WILLIAMSPORT, Pa. — Memorial Day is a time to remember those who fought and died for our freedom. That is what people did at Wildwood Cemetery in Williams... 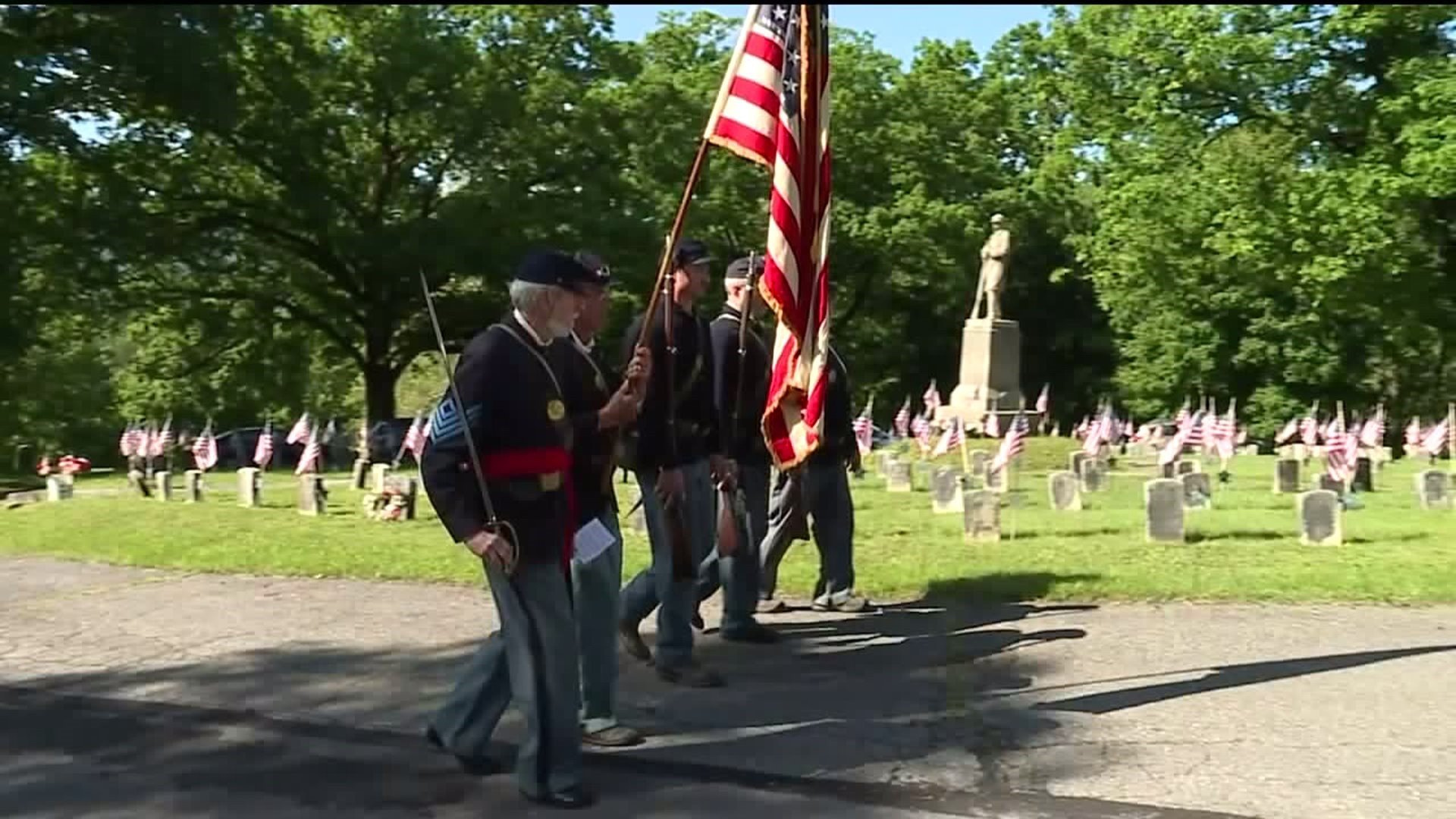 WILLIAMSPORT, Pa. -- Memorial Day is a time to remember those who fought and died for our freedom. That is what people did at Wildwood Cemetery in Williamsport.

"One of our purposes is to maintain knowledge of the Civil War, the sacrifices the troops made to preserve the Union," said Wayne Sager.

The re-enactors wore period uniforms of the Union Army and fired a canon.

After the ceremony, attendees placed carnations on the gravestones of nearly 200 Civil War veterans.

"It was a wonderful ceremony and one that helps us to respect those who gave so much," Doris Teufel said.

"I thought it was great. It made you think about your history and we have a tendency to forget all of that," said Bonnie Young.

This event has been going on for nearly 60 years, and attendees tell Newswatch 16 it is a fitting way to observe Memorial Day.

"Well I think it's a chance to respect those who gave their lives for our freedoms that we take for granted today," said Teufel.

"As the years recede, we tend to lose sight of that and we want to keep that recognition alive," said Sager.

The group says it plans to keep the Civil War Memorial Day ceremony going for as many years as possible.