The Upper Fairfield Township recycling site is closing on July 12. 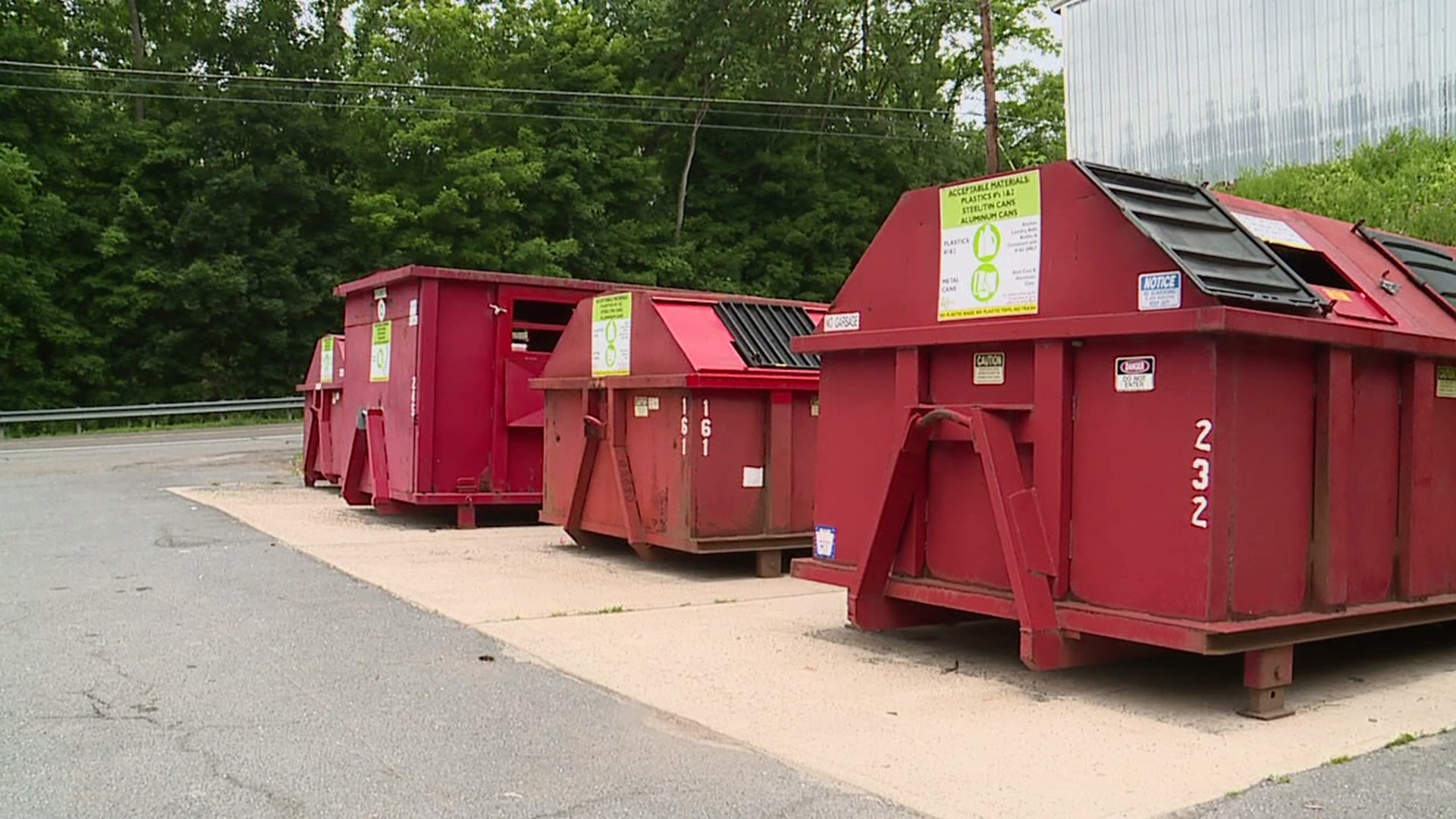 LYCOMING COUNTY, Pa. — Recycling continues to be a problem in Lycoming County. Illegal dumping at the Upper Fairfield Township recycling site near Montoursville has led to the announcement the site is closing.

"Kitchen sinks, cabinets, all kinds of things that are illegal dumping, car fenders, and so forth; things we have never asked for," said Jason Yorks of the Lycoming County Resource Management Services.

"People abuse it and throw their stuff in the middle of the aisles, and it is probably a tourist because I can't see it being any of the local people," said Robert Sheaffer of Lycoming County.

Township officials have canceled their contract with Lycoming County Resource Management Services because the illegal dumping was so bad. The site in Upper Fairfield Township will officially close on July 12.

"The location being on Route 87 and being out there, they were experiencing some illegal dumping that was causing a lot of grief," said Yorks.

When the recycling site in Upper Fairfield Township closes on July 12, folks in the area will have to travel all the way to Montoursville to drop off their recyclables.

"Don't seem right that a couple people are going to ruin it for everybody else. Whenever I see trash out here, I pick it up and put it in the designated area, but it is a shame that we are going to have to travel further to do our recycling," said Sheaffer.

Yorks explained what is appropriate to be left at the recycling sites.

"It's simple—bottles and jugs, aluminum cans, tin cans, newspaper, magazines, cardboard, and any of your junk mail. Things like that," said Yorks.

Anyone caught illegally dumping in the county can face fines up to $300.