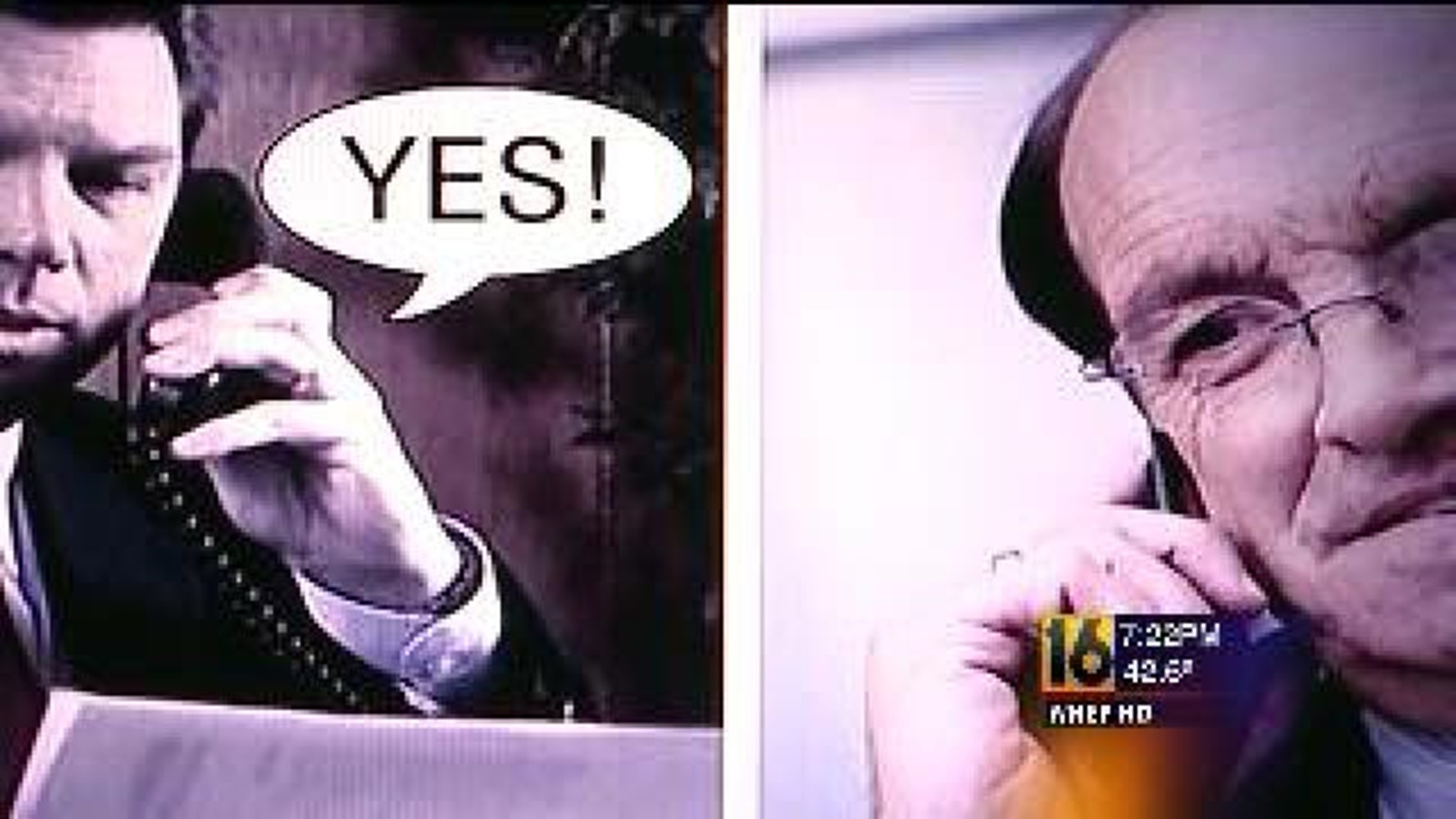 Less than a week before voters go to the polls all over the state some local races are starting to heat up.

People in Lycoming County are starting to notice that ads for a state house race there are getting nasty.

The campaign signs have been out for weeks in the Williamsport area. Republican Harry Rogers is seeking to unseat incumbent State Representative Rick Mirabito.

Mirabito, a Democrat, represents the 83rd District, which includes the city and several surrounding communities.

Both campaigns are now taking to the airwaves hoping to sway voters before the election.

"The ads running against my opponent are true. But I'm not going to sit here and debate them. The point is we should be discussing issues," said Mirabito.

Mirabito said the ads calling him a slumlord are entirely false. City documents may say he is the current owner of properties that have had complaints in the past, however county deeds make it clear Mirabito was not the owner when the complaints were made.

"I don't believe I went negative at all," said Rogers. "I'm not completely aware what's going on there, we verified the claims and claims of investigation through records here at courthouse."

Rogers said his DUI arrest never resulted in a conviction and his opponent, Rick Mirabito, said he stands by the ad paid for by the House Democratic Campaign Committee. Either way, voters said they do not like to see the negative ads and would rather hear more about the candidates' records.

"I wish they'd just speak about what they've done for the community, business wise, for their families, that's what's important to me when I make my decision," said Steve Moff.

"Anybody can say anything about anyone they want, and it doesn't mean there's anything except a small truth that started it out," said William Hellenthal.

Polls open Tuesday in Lycoming County and around the state.