Putting New Life Into The Ritz

MUNCY, Pa. — It’s hard to miss the Ritz Theater while driving down Main Street in Muncy. The former single-screen movie theater was built in the ear... 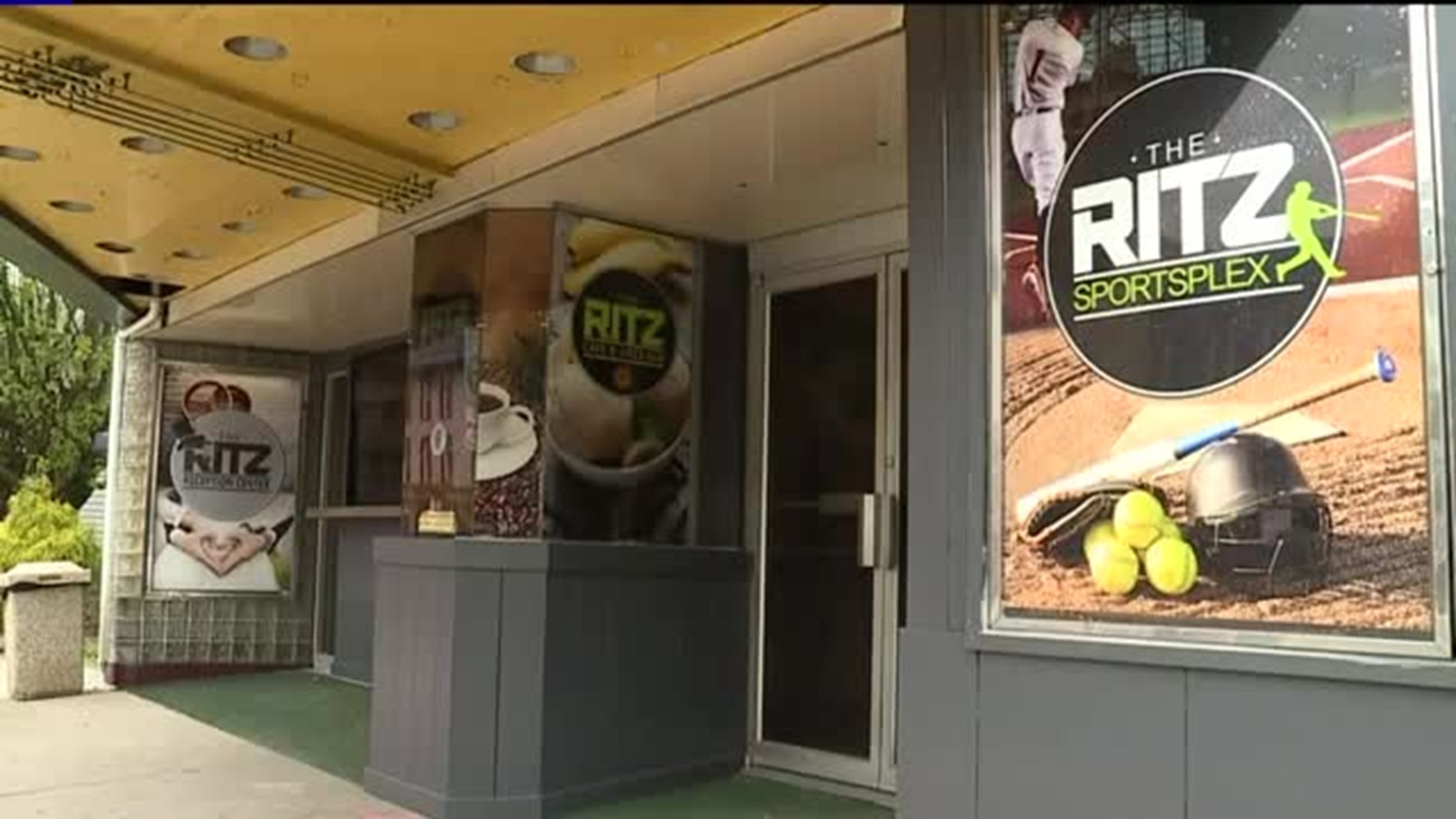 MUNCY, Pa. -- It's hard to miss the Ritz Theater while driving down Main Street in Muncy. The former single-screen movie theater was built in the early 1920s but closed in 2014.

"I drive by this building every day as it sat empty, so I decided to do something," Royce Eyer said.

Royce Eyer of Muncy bought the former movie theater last October with the goal of turning it into "The Ritz Complex."  Construction started earlier this year on the future sportsplex, café, and reception hall.

"We'll do baseball, softball, batting cages. I'm also going to run a wrestling club, the Ritz Wrestling Club, out of here. We'll also be able to do wedding receptions, business meetings, things like that out of here," Eyer said.

Eyer was able to preserve some of the original material from the movie theater like a barn door which was once the theater's floor.

The theater's projection room is being made into a balcony area where parents can watch their kids play. The marquee will stay the same.

"I think having people come downtown and get people out and about, somewhere to walk to. A lot of the businesses downtown are closed on the weekends," Matt Eyer said.

People who live in Muncy are looking forward to the new facility.

"It's extremely exciting. I think it will be great if we can get the population to use it," Kim Bishop said.

Renovations on the Ritz Complex are scheduled to be finished in June.