Protest in Williamsport After DACA Termination

WILLIAMSPORT — They are advocating for a friend, a peer, or in some cases someone they have never met. “We cannot allow an injustice like this for p... 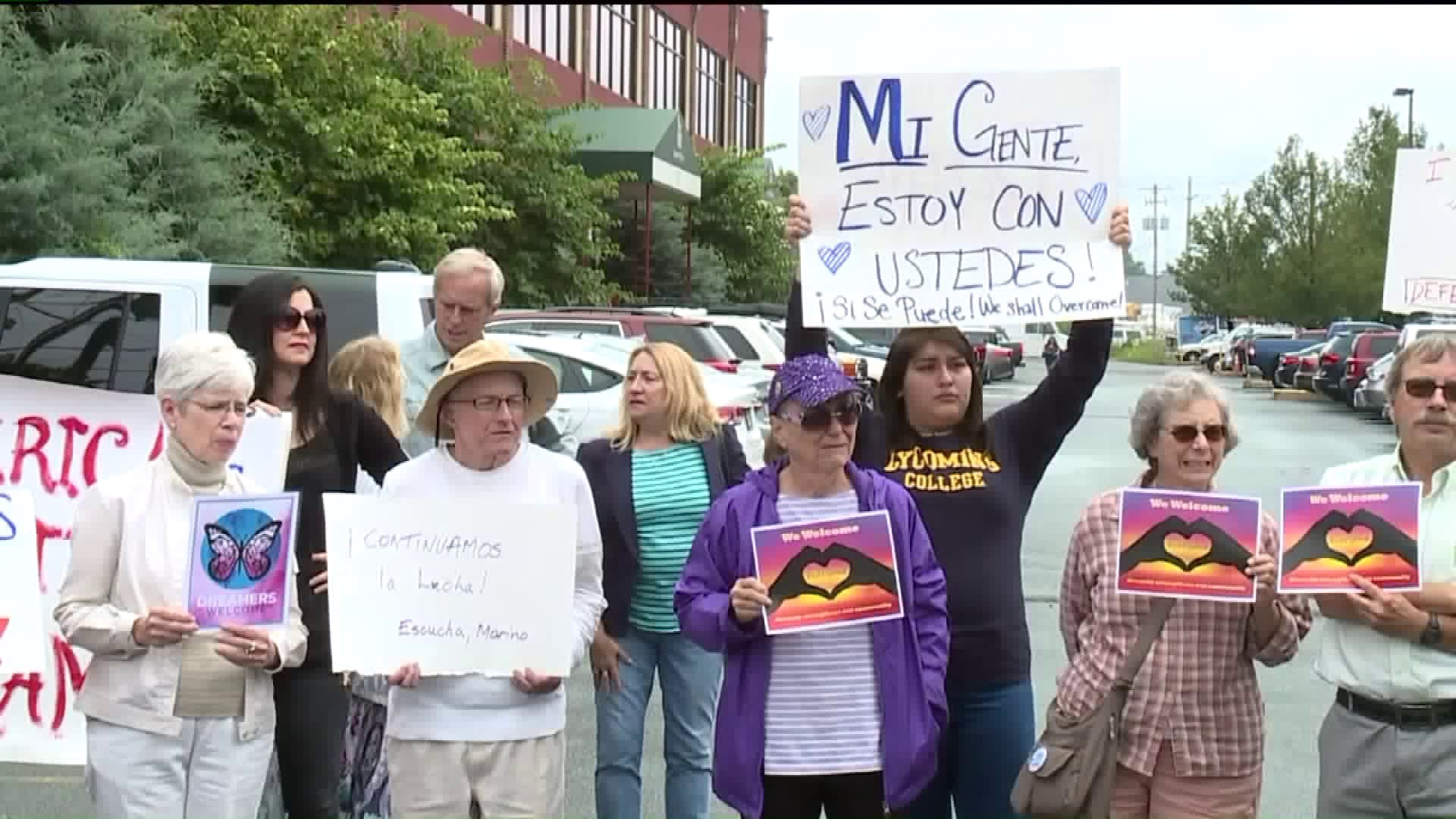 WILLIAMSPORT -- They are advocating for a friend, a peer, or in some cases someone they have never met.

With President Trump promising to "wind down" the Deferred Action for Childhood Arrivals, or DACA, hundreds of thousands of young undocumented immigrants are set to lose their protection. It's why a group of about 30 people quietly protested outside Congressman Tom Marino’s office in Williamsport.

"I think that's what makes us powerful, to stand beside one another in times like this," said Moncada.

Daisy Moncada, a student at Lycoming College joins thousands across the country who are rallying in support of undocumented young people. Born in Texas, Moncada tells Newswatch 16 with the loss of DACA she has friends who are in danger of being deported.

"These kids don't know any other country. They are American, for all intents and purposes," said Becky Praster.

The announcement to rescind DACA was made Tuesday, but it will be a few months until the decision goes into effect. It means Congress has time to find a legislative solution.

"If there is an illegal person here they got to go, and I know that's going to bring in some problems too, because we're going to have some problems too you know you may have parents who are here legally but their children are here illegally,” said Matthew Kennedy.