Power Back on at Lycoming Mall

MUNCY TOWNSHIP, Pa. — Some businesses at the Lycoming Mall opened late or not at all on Wednesday after power was shut off to the building on Tuesday. A P... 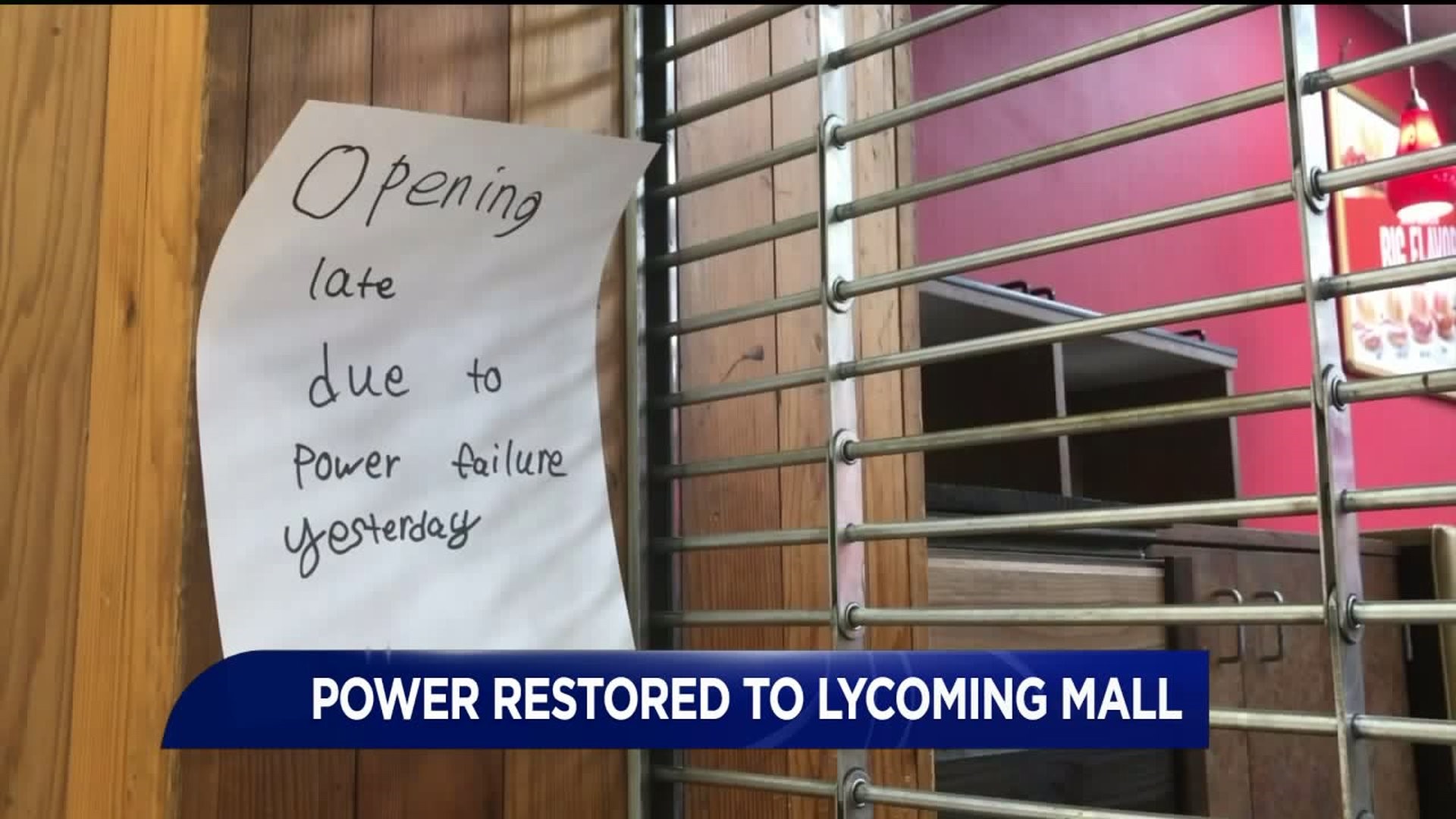 MUNCY TOWNSHIP, Pa. -- Some businesses at the Lycoming Mall opened late or not at all on Wednesday after power was shut off to the building on Tuesday.

A PPL spokesperson said the blackout was not a power failure.

We went to speak with mall management to try to find out what caused the blip in service.

The Lycoming Mall opened at 10 a.m. but a few businesses still had their gates down in the afternoon.

The sign outside Arby's says "opening late due to power failure yesterday."

Power to the mall near Pennsdale and nearby Big Lots was shut off for most of the day.

Rayaan Malik came to the mall to get a haircut.

"It seemed like most of the stores were open and when I got to the haircut, I saw that the gates were down and nobody was in there."

Many of the employees in restaurants inside the mall tell us they had to throw away quite a bit of food because it went bad when the lights were turned off.

According to PPL, the blackout was not a power failure. Lycoming Mall management says multiple factors led to the disturbance of the power supply that they experienced.

They were not aware until 10 minutes before that power may be shut off.

The outage also came as a surprise to customers including Rose Bullion.

"As I was trying to walk into Bon-Ton, a lady came out and told me the store was closing. Everybody was looking at one another trying to figure out what happened but, we all cleared out," Bullion said.

We also spoke with Mike Kohan, the owner of the Lycoming Mall. He apologized for the inconvenience to his tenants and says what happened Tuesday was out their control. He also wanted to reassure shoppers things are back open at the mall.