WILLIAMSPORT, Pa. — For most of the year in the Williamsport area, Kristin Werner collects data for the United States Postal Service, but around the holid... 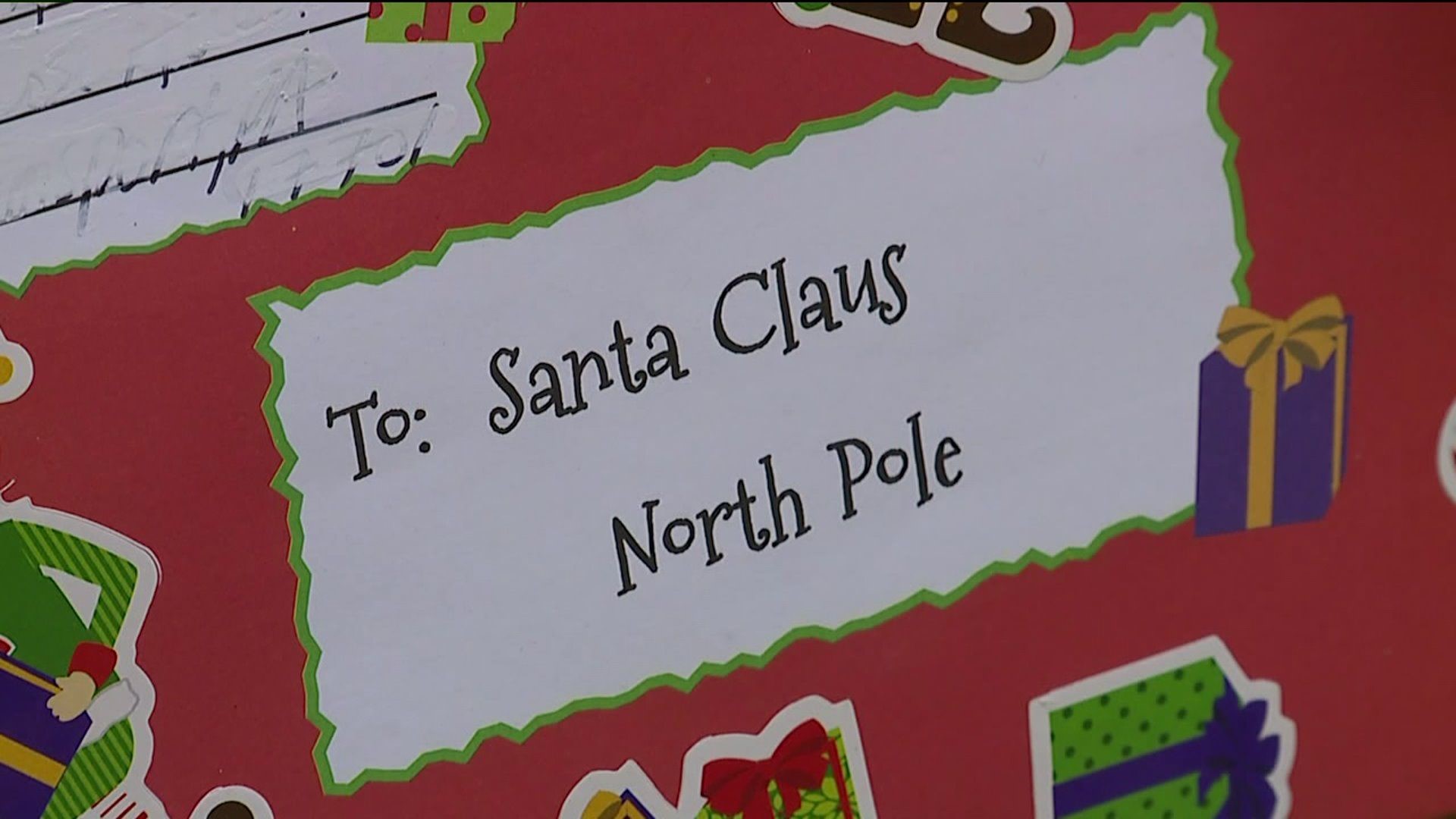 WILLIAMSPORT, Pa. -- For most of the year in the Williamsport area, Kristin Werner collects data for the United States Postal Service, but around the holidays, she helps sort Christmas letters that didn't make their way to the North Pole.

Every year, thousands of letters are sent to the North Pole.

Without the right address, it's likely that Christmas list won't be shipped directly to the North Pole. That's where Werner comes in.

"It's actually undeliverable as addressed mail, so I make sure that it gets to where it needs to go and that they get a response."

For over 100 years, post office workers like Werner have been helping mail a response from Santa to children.

"It definitely is a deep connection and whenever I read through them it makes my heart," said Werner.

"If you're hoping to get a letter back from Santa Claus or one of his helpers, the post office recommends putting your return address on the letters you send to the North Pole.

"It's great," Werner added. "You definitely feel the connection the kids have with Santa and some parents write, too, and there's always the chance of getting the response back."