Construction on a water pipeline has begun at a mobile home park in Lycoming County despite the fact a handful of residents are still living there. On Tuesday, ... 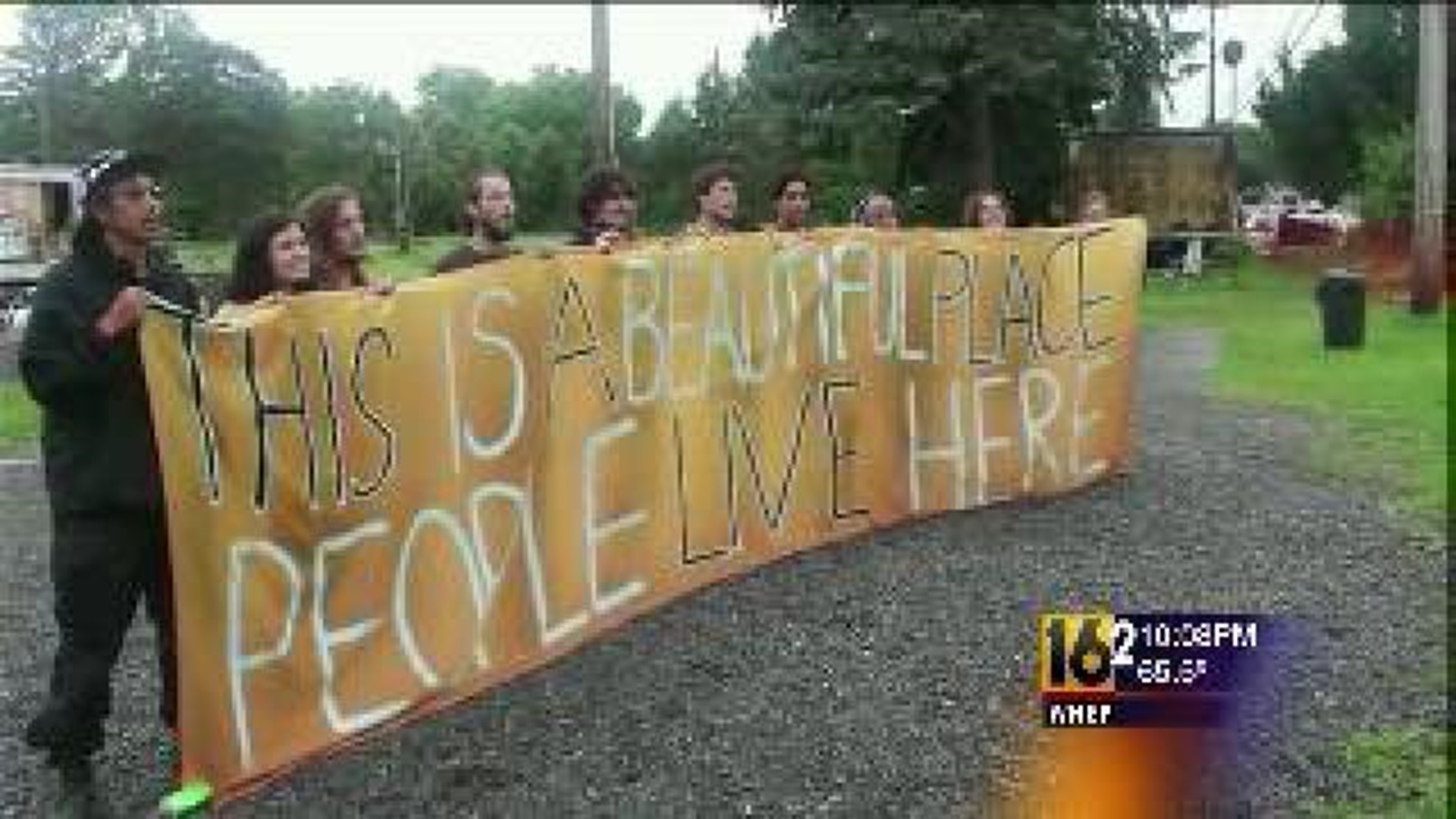 Construction on a water pipeline has begun at a mobile home park in Lycoming County despite the fact a handful of residents are still living there.

On Tuesday, state police removed dozens of protesters who came to Riverdale Mobile Home Park near Jersey Shore in support of those tenants.

Those residents were fighting eviction after Riverdale was bought by a company working in the gas industry. Now a company spokesperson said an agreement has been reached with those tenants and the company is working to find them new homes.

Those tenants had been fighting eviction since March when Aqua America bought the mobile home park with plans to draw water from the Susquehanna River to use for gas drilling.

Residents were told if they left by June 1, Aqua America would give them $2,500 dollars to help with relocating.

For the seven who stayed behind, they gained support across the country.

On Tuesday state police removed dozen of protesters who had been camped out at Riverdale since the June 1 deadline.

Video posted on youtube.com shows the last ditch effort of those volunteers.

Now a fence surrounds the park's perimeter and a private security company has been hired by Aqua America .

The residents at the park said they could not talk on camera since their lawyers are still in negotiations with Aqua America.

A spokesperson for Aqua America said while lawyers on both sides are in talks the residents will be allowed to stay at the park.

A statement from Aqua America said “We have come to an amicable resolution with the attorneys representing the occupants of the former Riverdale Mobile Home Park. The details of their relocation are being finalized with their attorneys”.

Aqua America officials said they were happy the protesters left peacefully Wednesday and that the remaining residents have promised not to interfere with the ongoing construction while they are living at the park.