WILLIAMSPORT, Pa. — More than 50 years ago, a pilot helped find two children who went missing in his neighborhood in Lycoming County. Just this month, a c... 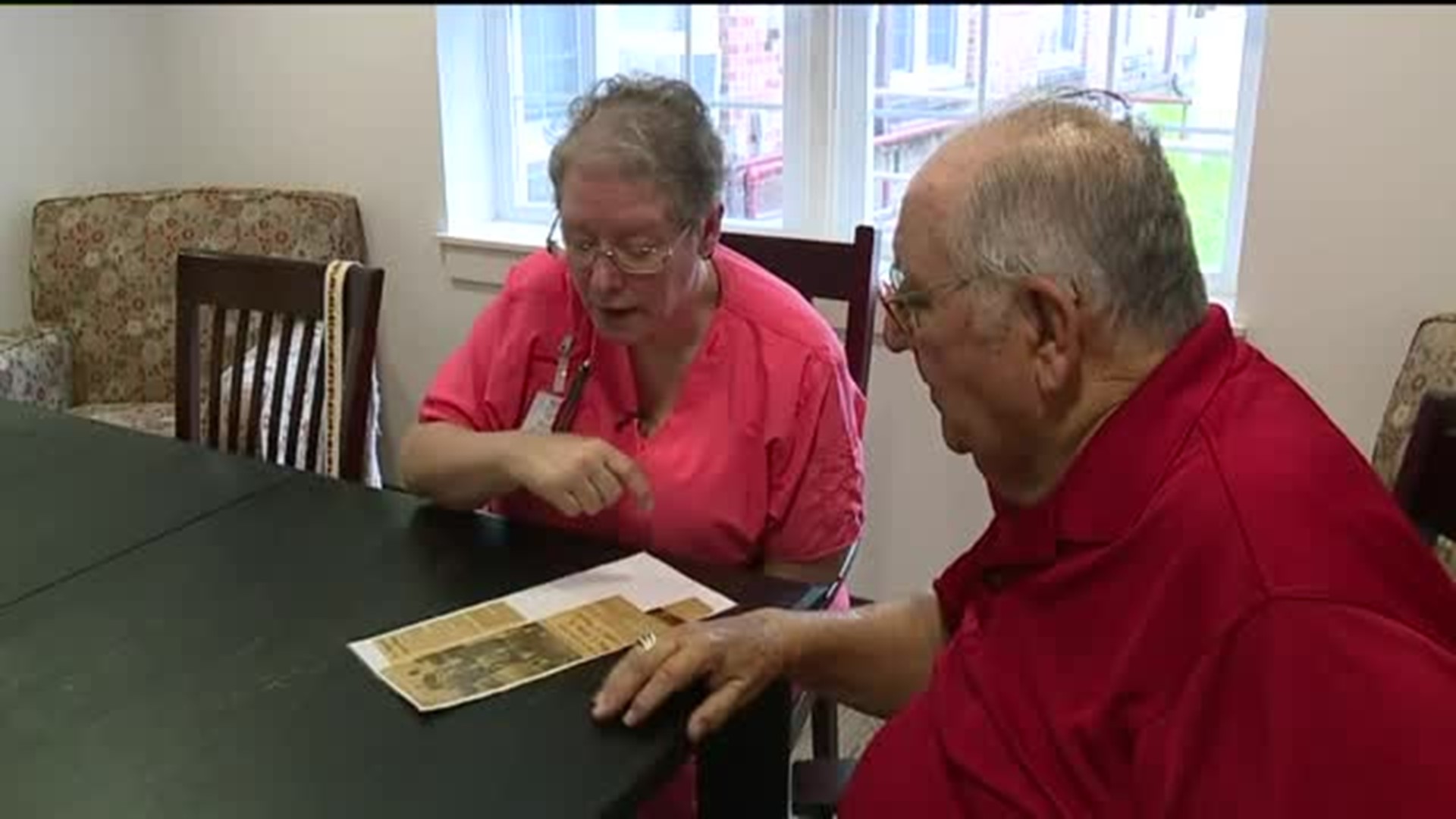 WILLIAMSPORT, Pa. -- More than 50 years ago, a pilot helped find two children who went missing in his neighborhood in Lycoming County. Just this month, a chance encounter brought that former pilot and one of those children back together.

"There's a lot of help here that helped me all the way through," said Vernon Bair.

Two weeks ago, 85-year-old Vernon Bair came to The Williamsport Home for physical therapy. He was hoping to find relief for his back, but the former pilot ended up finding a few friends, too.

"I didn't know any of them when I came here. I found out that I knew this one, but I didn't recognize her," said Bair.

Bair may not have recognized his nurse, Karen Terry, because the last time he saw her, she was four years old. In the 1960s, Terry and her brother made the headlines of the local paper. The siblings went missing from their home near Williamsport. A search party went out, and Bair, a pilot who lived nearby, took to the skies to find them.

"We just kept walking. We didn't know we were lost, but apparently, everyone else knew we were," said Karen Terry.

Bair spotted the children from the air and called for help. Now, more than 50 years later, Bair and Terry were able to connect the dots when they realized they knew some of the same people.

"I asked her, 'Do you remember that plane that was circling over you?' And she said, 'Yes, that was me,'" said Bair.

Terry was never able to meet the man who helped save her until now. Terry says she's honored to be the one who's doing the helping.

"One good turn deserves another. You help someone, and it will come back," said Terry.

"A coincidence? What would you call it? Fate? Fate." said Bair.