WILLIAMSPORT, Pa. — Every year, PennDOT works on hundreds of road projects across the state. While many people are not happy to see the roadwork, PennDOT ... 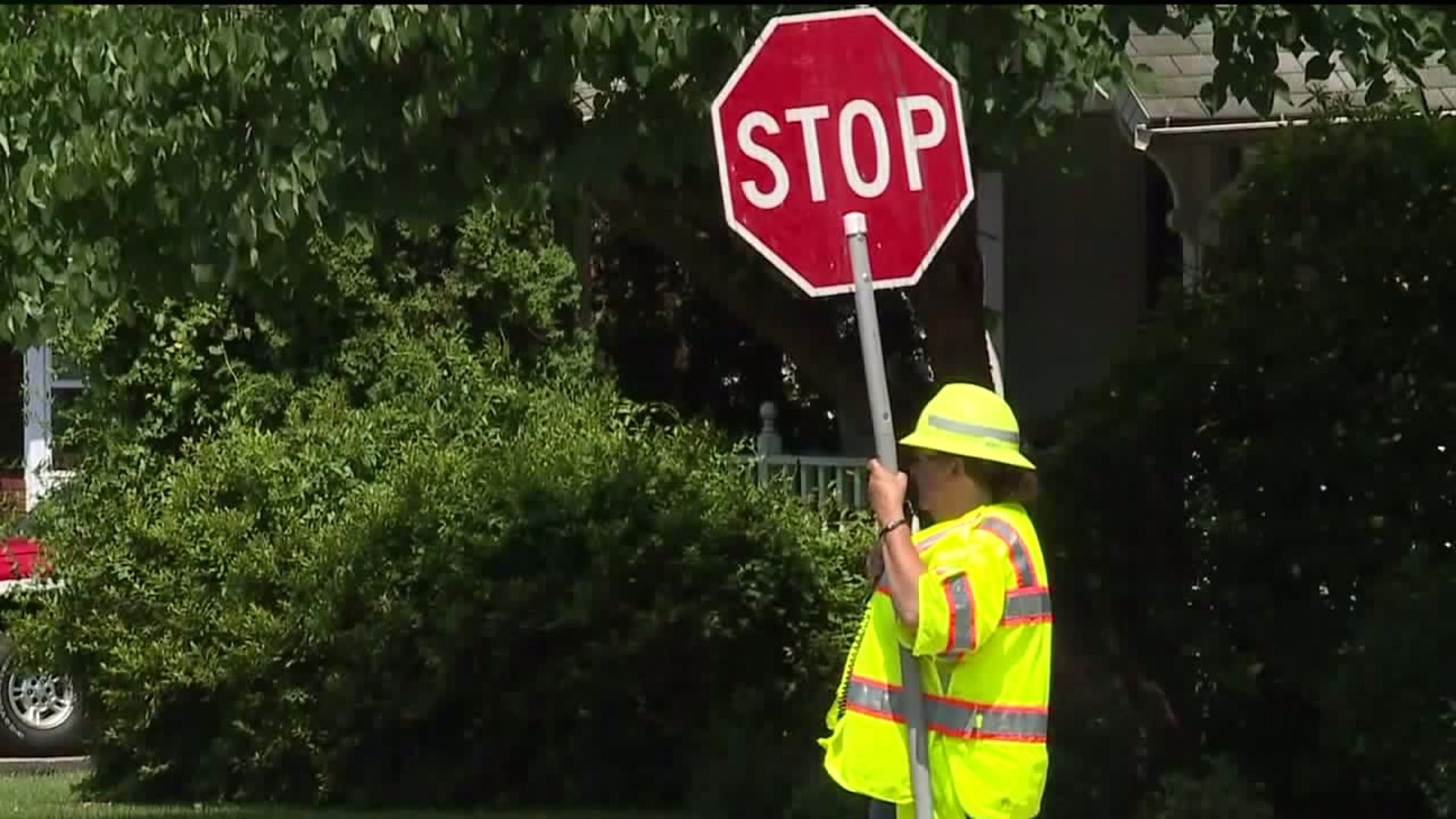 WILLIAMSPORT, Pa. -- Every year, PennDOT works on hundreds of road projects across the state. While many people are not happy to see the roadwork, PennDOT workers put themselves in harm's way every day.

When it comes to controlling traffic, Teri Wool knows a thing or two. She's been a highway maintenance worker with PennDOT for more than 10 years.

"We do safety. We drive crew cab. We do whatever we're told or asked," Teri Wool said.

Teri likes what she does. She respects the drivers but sometimes thinks drivers do not have respect for her and her coworkers. Teri regularly sees people speeding and talking on their cell phones.

"Every day we see it. Today, right before you got here I had a gentleman come over in my lane of traffic," Wool said.

As Teri's coworkers resurfaced a portion of West Fourth Street, she directed traffic. A few times, she had to step away so cars would not hit her. Teri says five out of seven drivers she sees are on their cell phones.

"We're standing out here to protect our crew. They could get distracted and hit our crew. It's happened," Wool said.

Teri's had some close calls while on the job, but luckily, she's never been hurt. Newswatch 16 spoke with someone else who has.

"I went to stop somebody else from coming into the intersection and when I turned, he went and ran over my foot," Corey Brungard said.

Three years ago, Corey Brungard had to go on light duty after a driver ran over his foot. Corey says people don't realize how dangerous the work can be.

Corey drives a crash truck in Lycoming County. One week ago, a PennDOT worker driving a similar truck was hurt after a tractor-trailer driver hit him. The driver has not been charged.

Both Teri and Corey have advice for drivers.

"Take your time. Slow down. We want to go home to our families, too. We don't want to be in the hospital or worse," Brungard said.