LOYALSOCK TOWNSHIP, Pa. — PennDOT is taking advantage of the spring-like weather we’re having. Now that most of the snow has melted away, maintenanc... 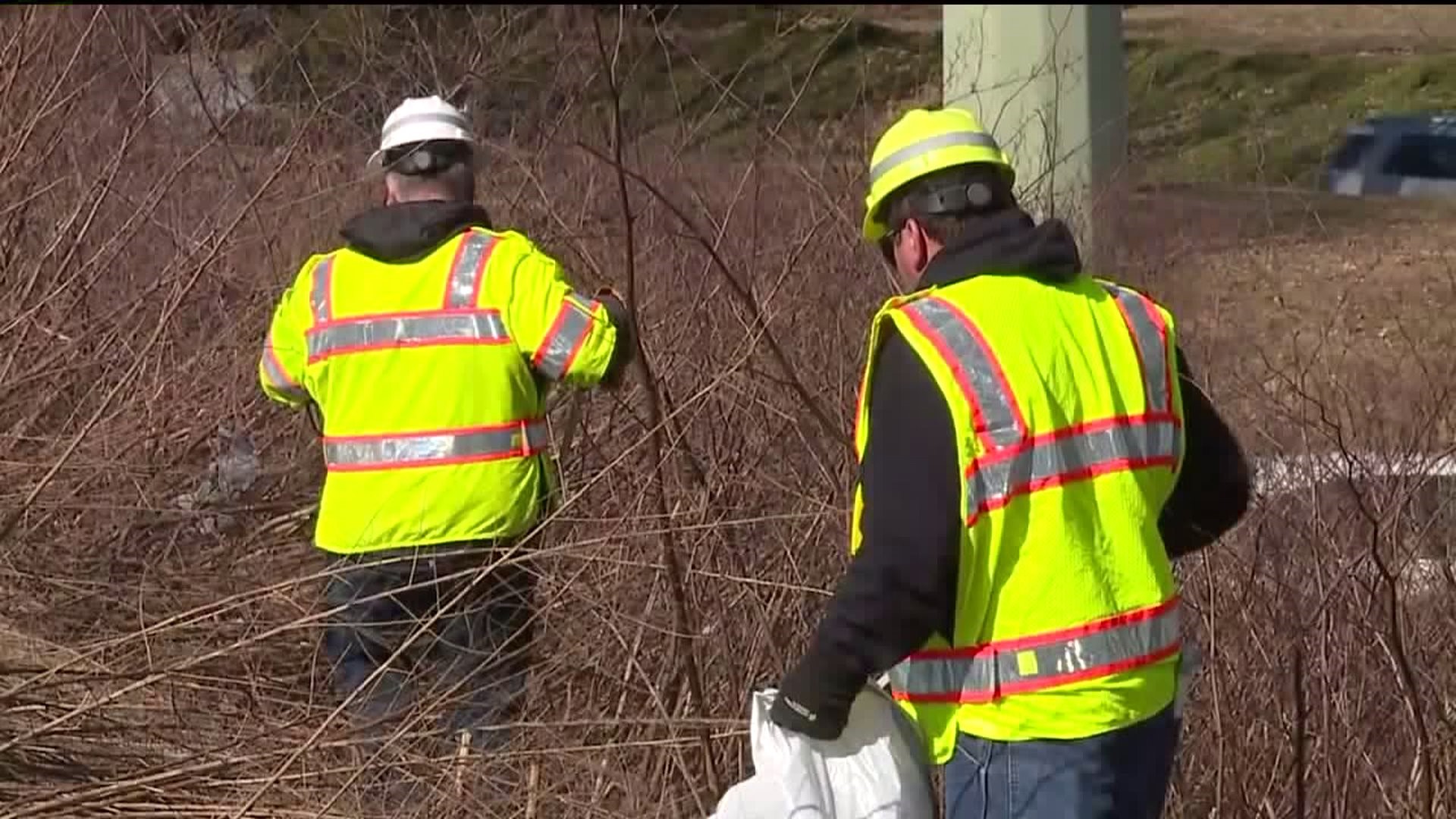 LOYALSOCK TOWNSHIP, Pa. -- PennDOT is taking advantage of the spring-like weather we're having. Now that most of the snow has melted away, maintenance crews in Lycoming County have begun clearing trash from the sides of the roads.

A PennDOT maintenance crew was picking up trash that was piled up along Interstate 180 just outside of Williamsport.

"We are out all over the county," said foreman Jim Yeagle. "We'll probably have a couple thousand pounds when this is all said and done."

Before PennDOT can begin roadwork projects across the state, crews will clean up miles of trash that has built up during the winter.

"After winter there is a ton of debris that has been covered by the snow and it looks pretty bad because no one is doing 'Adopt a Highway' anywhere between the fall until now when it's spring, so there is a lot of trash out here," said PennDOT worker Richard Carey.

Carey and his coworkers will be out nearly every day this week. He says it's important that he stays alert because many drivers are distracted by their phones.

"We have to go back and forth between the median to get all the trash bags in one area, so I mean it's dangerous out here," Carey said.

"If we are out here working on the highway, we close a lane down, cone it off and everything. Here, we are just walking along and picking it up. If somebody is gawking, they can run into the guide rail. If someone is on the other side they could get hit," Yeagle said.

PennDOT workers will be out clearing the sides of roads county until at least the end of the week.