Overwhelmed morgue in need of funds

Lycoming County Coroner, Charles Kiessling, is in need of funds to help expand. 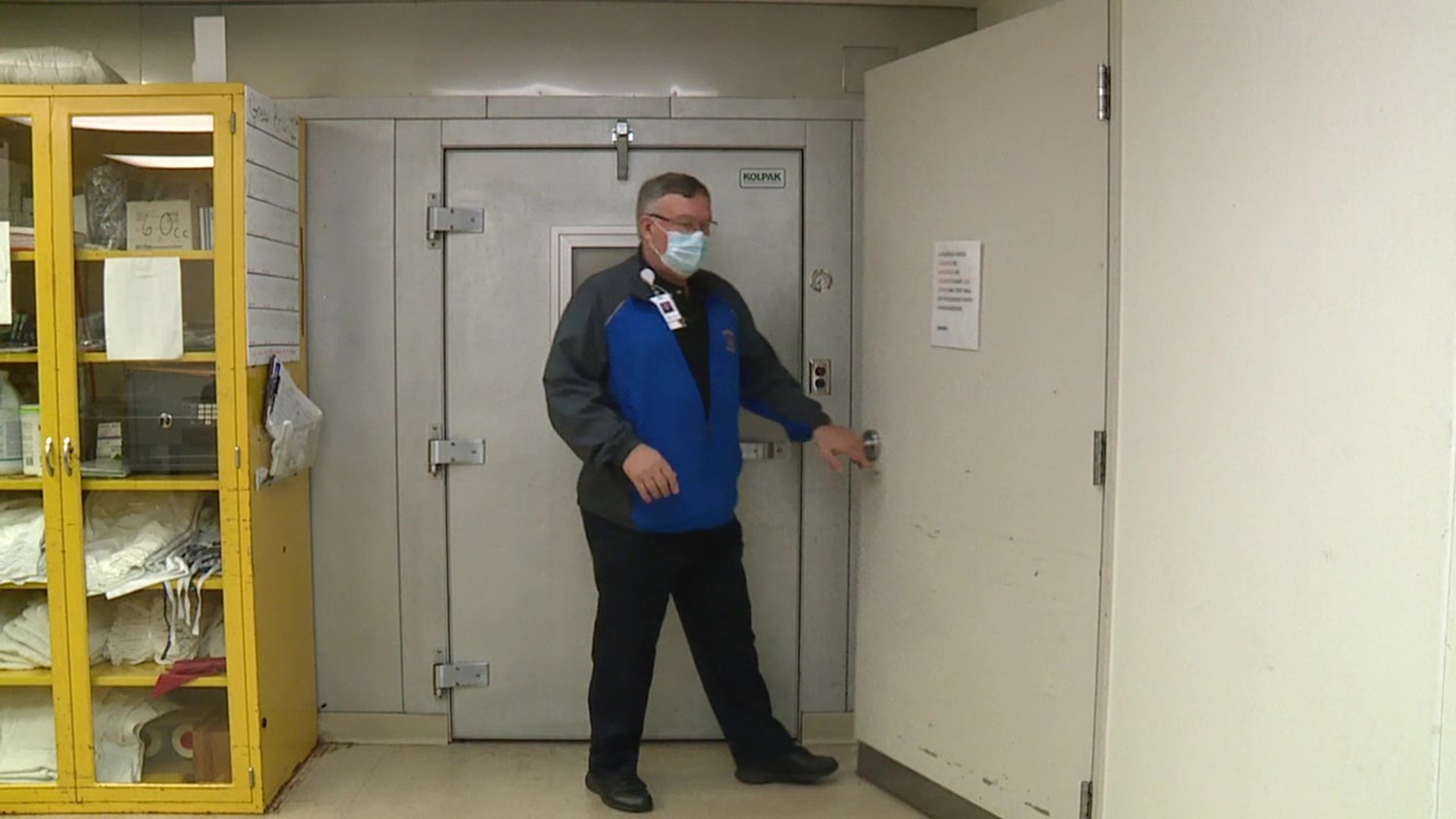 WILLIAMSPORT, Pa. — Lycoming County Coroner Charles Kiessling has been working around the clock during one of the busiest years of his career. With the ongoing pandemic and the death rate up in the county, his job has not gotten easier.

"Our numbers this year are two months ahead of last year's numbers, and that's not even counting the COVID stuff," said Kiessling.

According to Kiessling, the morgue located at UPMC Susquehanna is in desperate need of funding for space and storage.

"Typically, I say we operate on the crumbs leftover in a $92 million budget, and we really do," said Kiessling.

Lycoming County is home to four hospitals but only one morgue. Currently, the morgue can only hold 12 bodies at a time. Kiessling says that's not enough space for the number of deaths they've had this year.

"It's very cramped. I mean, we could get more in there, but it would be incredibly difficult because of the way it is set up. We would have to move decedents out on carts into this area just to get to the ones in the back," said Kiessling.

According to Kiessling, not only are they running out of space to store bodies in the morgue, but also for equipment such as masks and gowns.

"Storage in general, I mean, we have just outgrown the facility over the last 17 years, and we need the supplies," said Kiessling.

Another issue the morgue has encountered is employee safety. Usually, employees wash their clothes and equipment such as body sheet coverings at home because the facility does not have a washing machine. Kiessling says this puts his staff and their families at risk during a global pandemic.

"Now, because of the COVID concerns, I think it's time we need to have facilities to safely launder these materials and shower before we go home," said Kiessling.

Newswatch 16 reached out to the Lycoming County commissioners to see if they had any plans to increase funds for the county morgue, but they did not return our phone calls.