WILLIAMSPORT — Baseball is not the only professional sport in Williamsport anymore. A hockey club, the Williamsport Outlaws will play games later this yea... 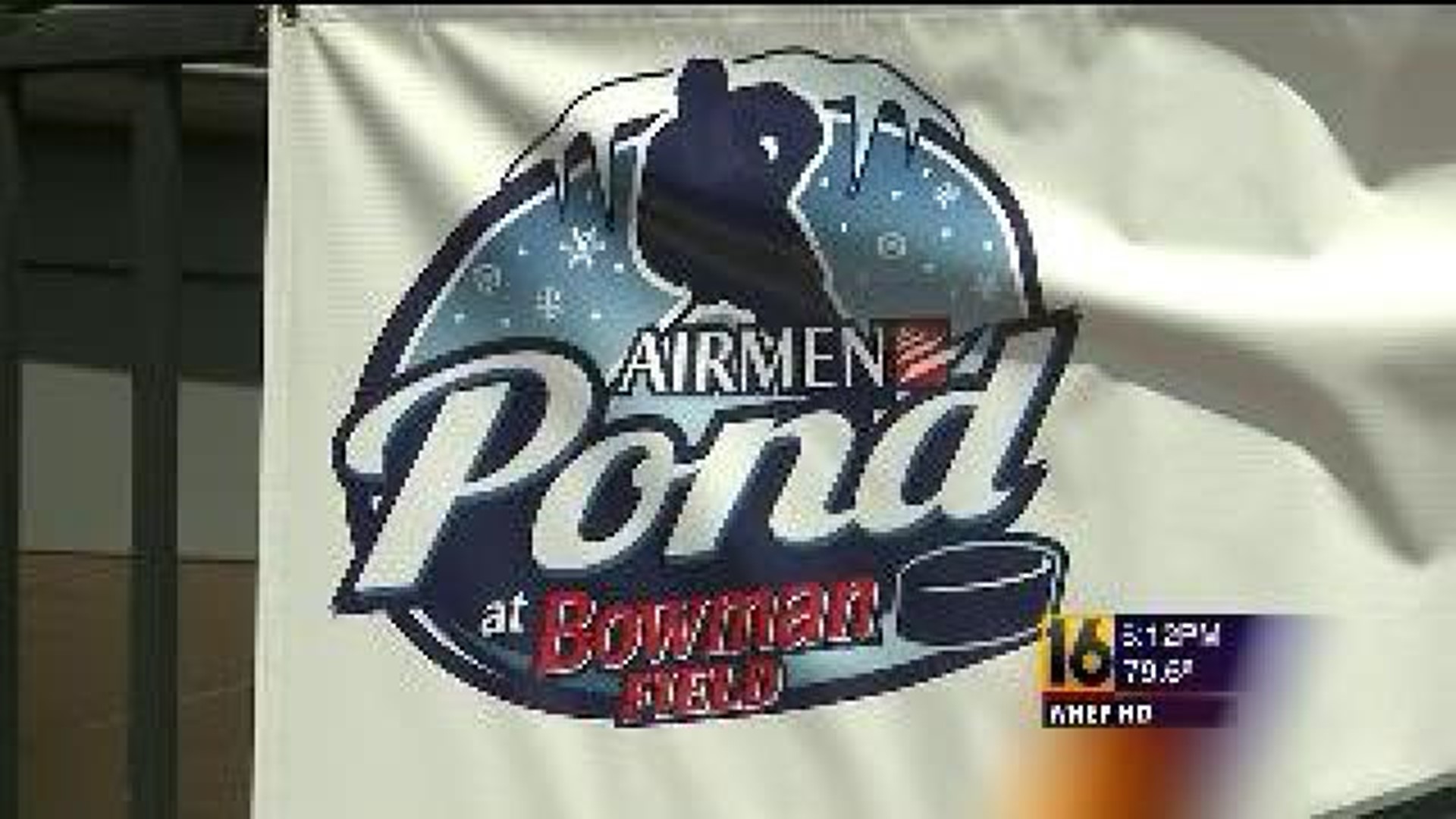 WILLIAMSPORT -- Baseball is not the only professional sport in Williamsport anymore.

A hockey club, the Williamsport Outlaws will play games later this year in the city.

Where the team will pay its home games is something officials said has never been done before.

Williamsport does not have anything like the arena near Wilkes-Barre. It does not even have in ice rink.

What Billtown does have is Historic Bowman Field where the CrossCutters play baseball.

And when that season's over, the Williamsport Outlaws will play their hockey games outdoors at the future Pond at Historic Bowman Field.

Williamsport's mayor made it official outside the stadium along with officials from the Williamsport Outlaws and the Federal Hockey League.

"This will be the only professional hockey team in the nation to play its entire home games outside," said Mayor Gabe Campana.

The city owns Bowman Field and the Outlaws will rent it for home games starting in late October and running through January. The rest of the time, the rink will be open to the public.

"Oh, it's going to be awesome," Smith said. "We're going to get season tickets."

Come October, about one third of Bowman Field will be covered with ice. After the 30 game home season, the ice will be gone. So they will have to repair the turf field.

The coach for the Williamsport Outlaws said the long-term plan is to have a civic center with an ice hockey rink in it built in the city.

Until then, hockey fans such as the Smiths hope, just like city and team officials, that fans come to the games in droves.

"They will come, trust me, they go to Wilkes-Barre, we go to Pens games. There's lots of people who drive to Wilkes-Barre to watch them. Now they can stay here in their own home and watch team here."

Williamsport's city council still has to approve the lease with the new hockey team that won the league championship last year in New Jersey.

The Outlaws' coach says the team hopes to get about 2,000 fans per game.

If you are wondering if there is a chance warm weather or rain and snow could postpone outdoor hockey games, the answer from officials is yes but they said they are prepared to deal with whatever comes late fall, early winter.