MUNCY TOWNSHIP, Pa. — The motto at Ollie’s Bargain Outlet is “good stuff cheap” and that’s exactly what these customers were looki... 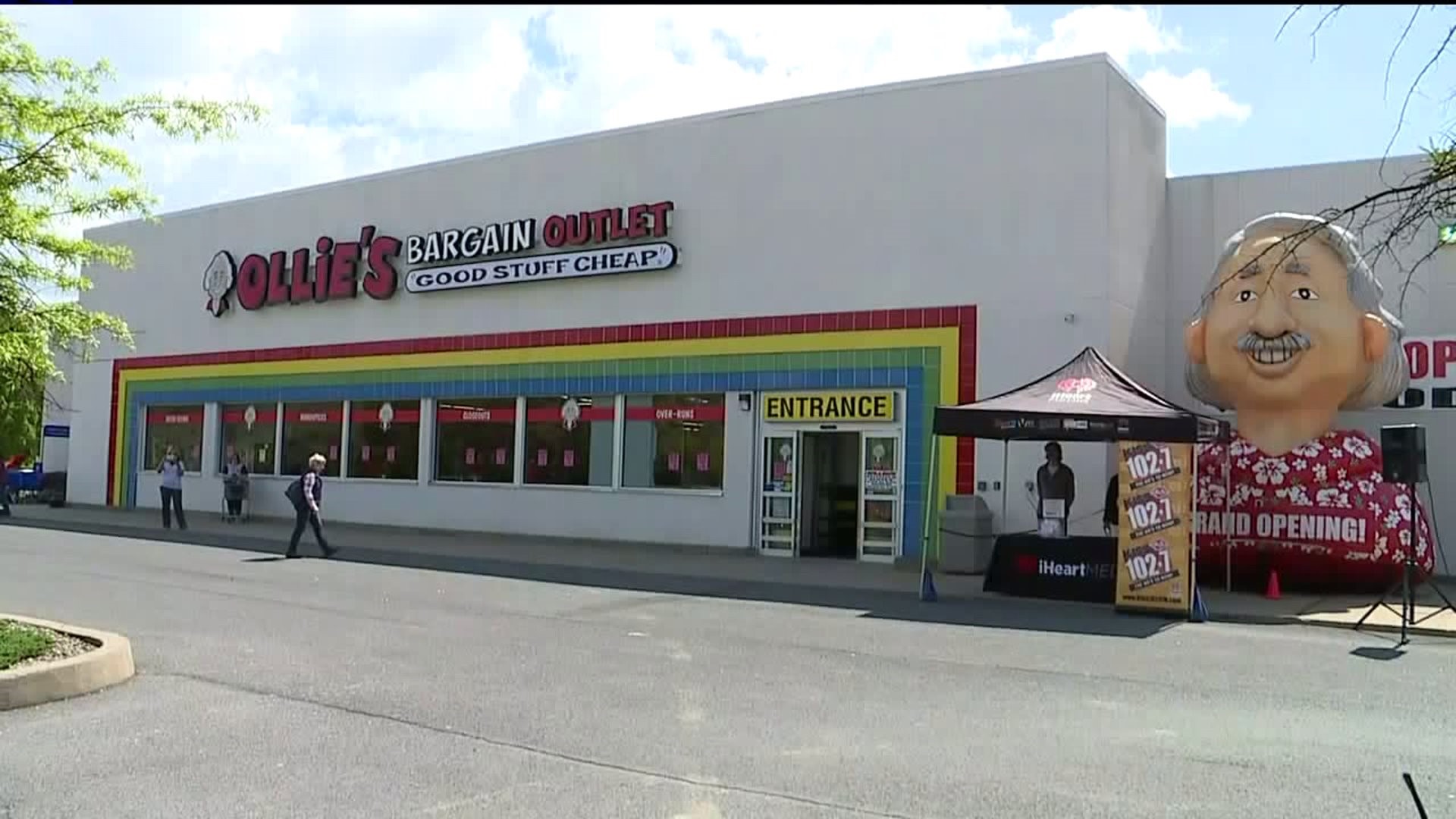 MUNCY TOWNSHIP, Pa. -- The motto at Ollie's Bargain Outlet is "good stuff cheap" and that's exactly what these customers were looking for at the brand new store near Muncy.

"We love all the kid's stuff, books and especially household things," said Keilanna Eisley of Watsontown.

"It's 40-70% off what we call those fancy stores," said Scott Osborne, Ollie's Director of Sales.

This was the grand opening for Ollie's Bargain Outlet at its new location across from the Lycoming Mall. It was packed.

"They have so many good offers today and it's so much closer than going to Shamokin Dan. I'm happy about having a store locally," said Kent Weiland of Williamsport.

"Exciting to be back in the store, exciting for something new in the area," said Rupert.

"We've been able to hire 55 associates from the community and three team leaders. So we created 58 jobs for the local community," said Osborne.

Some people tell Newswatch 16 they were lined up outside the store since 5 a.m. because Major League Baseball Hall of Famer Goose Gossage is signing autographs.

"My father's favorite team was the Yankees and he is currently going through cancer treatment, so we're doing this for him," said Eisley.

In recent months, stores have closed at the nearby Lycoming Mall. People tell Newswatch 16 it's nice to see and celebrate one opening.

Ollie's Bargain Outlet is open until 9 p.m. at its new store across from the Lycoming Mall.