WILLIAMSPORT, Pa. — An off-duty firefighter in Lycoming County was in the right place at the right time over the weekend. The Williamsport fire chief save... 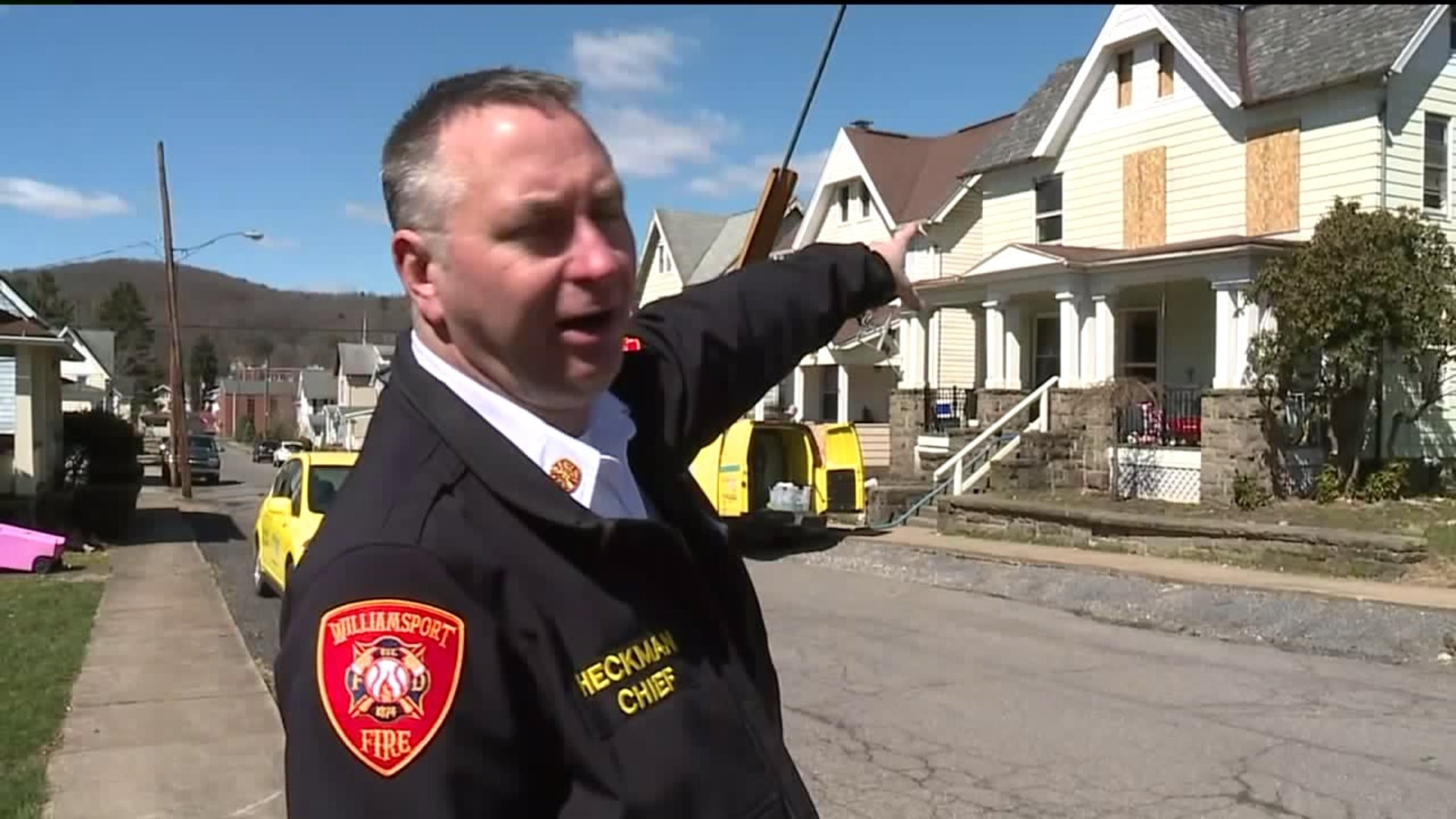 WILLIAMSPORT, Pa. -- An off-duty firefighter in Lycoming County was in the right place at the right time over the weekend.

The Williamsport fire chief saved his neighbor's life when he pulled her from her burning home.

Chief Todd Heckman wasn't wearing the proper gear, and he wasn't paged or listening to the scanners, but Sunday night when he saw smoke coming from a house about a block away from where he lives, he jumped in to help.

Less than 24 hours ago, smoke was pouring from the windows, and now a restoration crew is boarding them up.

An apartment on the second floor of the apartment house on Huffman Street in Williamsport caught fire.

Williamsport Fire Chief Todd Heckman had the day off. He was just getting home when he saw the smoke about a block away from where he lives.

"What was different this time was watching everyone run towards the house," Heckman said.

Chief Heckman drove down the street and found the place on fire.

Akim Smart was outside. His partner Nicole Spells was trapped on the second floor.

"I could hear her screaming, screaming for me. She knows I'm not going to abandon her, that's the thing. That sort of broke my heart. I can't do anything at that point. I couldn't go back up the front," Smart said.

Smart tells us he was making french fries when the fire started. It spread quickly.

Without his gear, Chief Heckman couldn't reach the woman either.

With fire crews still on the way, the men needed to find another way in. Neighbors helped carry a ladder to the house.

"About that time, we heard a banging in the middle window," Heckman said.

Chief Heckman climbed to the second floor. He broke a window and called for Spells.

"Through the smoke, I could see her green shirt. I reached in and grabbed her and pulled her through the window and next thing you know, boom, we have her on the porch roof."

Spells did not want to speak on camera but tells us she's OK.

"It was overwhelming for me because she is the light of my life," Smart said.

The family did not have renter's insurance. They are being helped by the Red Cross and have a place to stay for the next few days.

Also if you want to help donate to the family, click the link below.