Odyssey of the Mind

WILLIAMSPORT — Students at Cochran Primary in Williamsport hope their treasure map will lead them to gold. A gold medal that is. Second and third graders ... 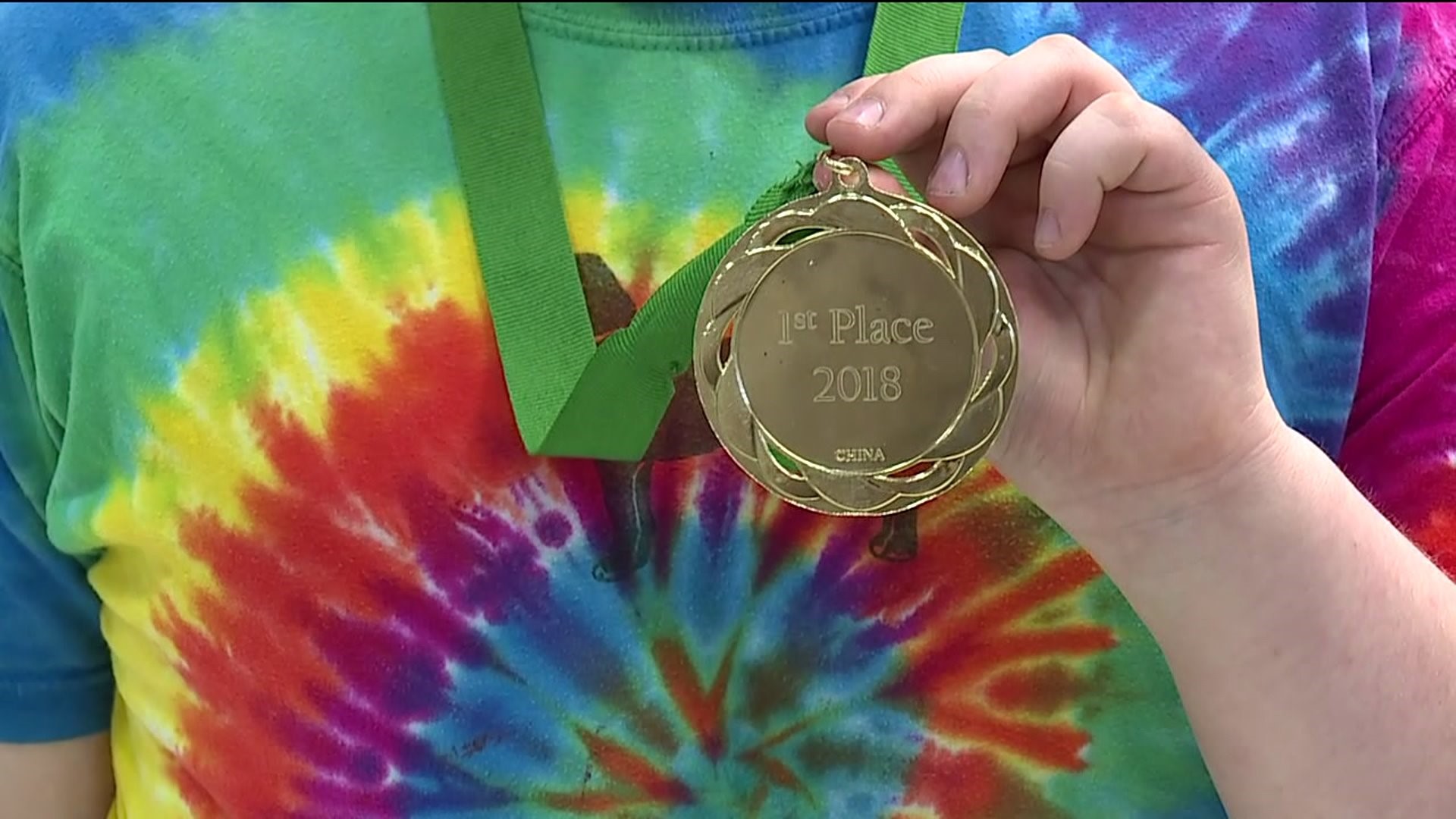 WILLIAMSPORT -- Students at Cochran Primary in Williamsport hope their treasure map will lead them to gold. A gold medal that is. Second and third graders have worked hard preparing for this year's Odyssey of the Mind competition.

"It takes a lot of teamwork creativity,"

The competition challenges students in elementary through high school to solve different problems by blending creativity, engineering and teamwork.

"We started off with the talking part, the script," said Noah Scholnick.

"Kids have the curriculum in school of math and science, but this is creative problem solving," said Rachel

With help from their coaches including mom Rachel Kirk, 8-year-old Noah Scholnick and his team took their pirate skit to regionals over the weekend and won first place. Now they're preparing for the state championship next month.

"You're kind of nervous at first. The judges there are really nice, and once you actually start doing it, you don't get scared, and everybody claps for you at the end," said Scholnick.

"To have taken first place was very exciting,” said Kirk.

Another team from Cochran Elementary also went to the regional tournament in Berwick. That team of second graders won first place, too.

In all, six teams from the Williamsport Area School District took first place at regionals.

"They've worked hard, and for--actually both teams are first place and going to states--that's super exciting that our little guys did so well," said Kirk.

All six teams from Williamsport will compete at the state championship. Winners advance to Odyssey of the Mind's The World Competition later this year.