New Rules Could Be Coming to Horse and Buggy Users

WASHINGTON TOWNSHIP, Pa. — Residents are divided in one community in Lycoming County. At issue, is the large number of horse and buggies in Washington Tow... 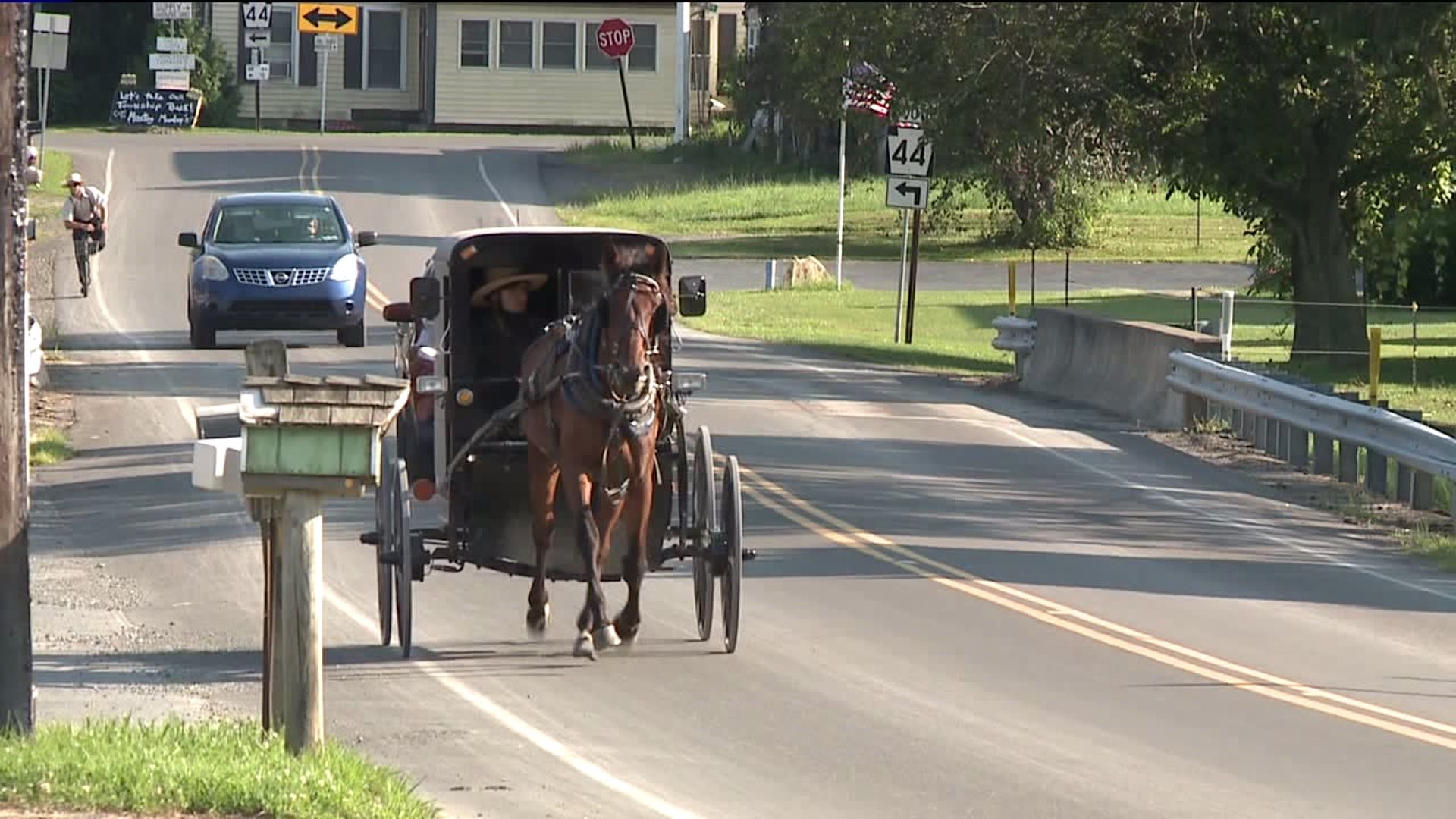 WASHINGTON TOWNSHIP, Pa. -- Residents are divided in one community in Lycoming County.

At issue, is the large number of horse and buggies in Washington Township.

For those who use horse and buggy as a means to get around Washington Township, new rules could soon be imposed on you.

There was a packed room at the Washington Township Fire Hall Monday evening for a supervisors meeting where those proposed rules were given a first read.

“The manure is getting onto tires and people are driving them into their garages. They're getting them in their homes,” said Doug Engelman, the township solicitor.

Township officials want all horses to have bags attached to them to collect the animal's waste because piles of waste litter area streets, calling this a health and safety concern.

They also say the metal horseshoes are tearing up the roads and want horses fitted with rubber shoes.

“They have a hard metal, jagged edges to them and they rip into our roads and they destroy our roads,” said Engelman.

This area has a large Amish community who feel these ordinances target them and put their faith under attack.

They've retained an attorney who spoke at the meeting.

“It does seem odd that they would target this community, especially when it is clearly a religious obligation for the Amish to live this way and to treat their horses this way and their carriages,” said attorney Clifford Rieders.

Some who spoke defended the Amish. Others say they need to clean up after their horses.

Township officials say the earliest a vote could be taken on these ordinances would be at a meeting next month. They are hoping to work with the Amish community to come up with something everyone can live with.

The next Washington Township Supervisors meeting is set for Tuesday, September 3 at 6 p.m. when the new proposals could come up for a vote.