A group of Neo-Nazis was found illegally protesting at a park downtown Saturday. Local police shut down the march due to a lack of permits. 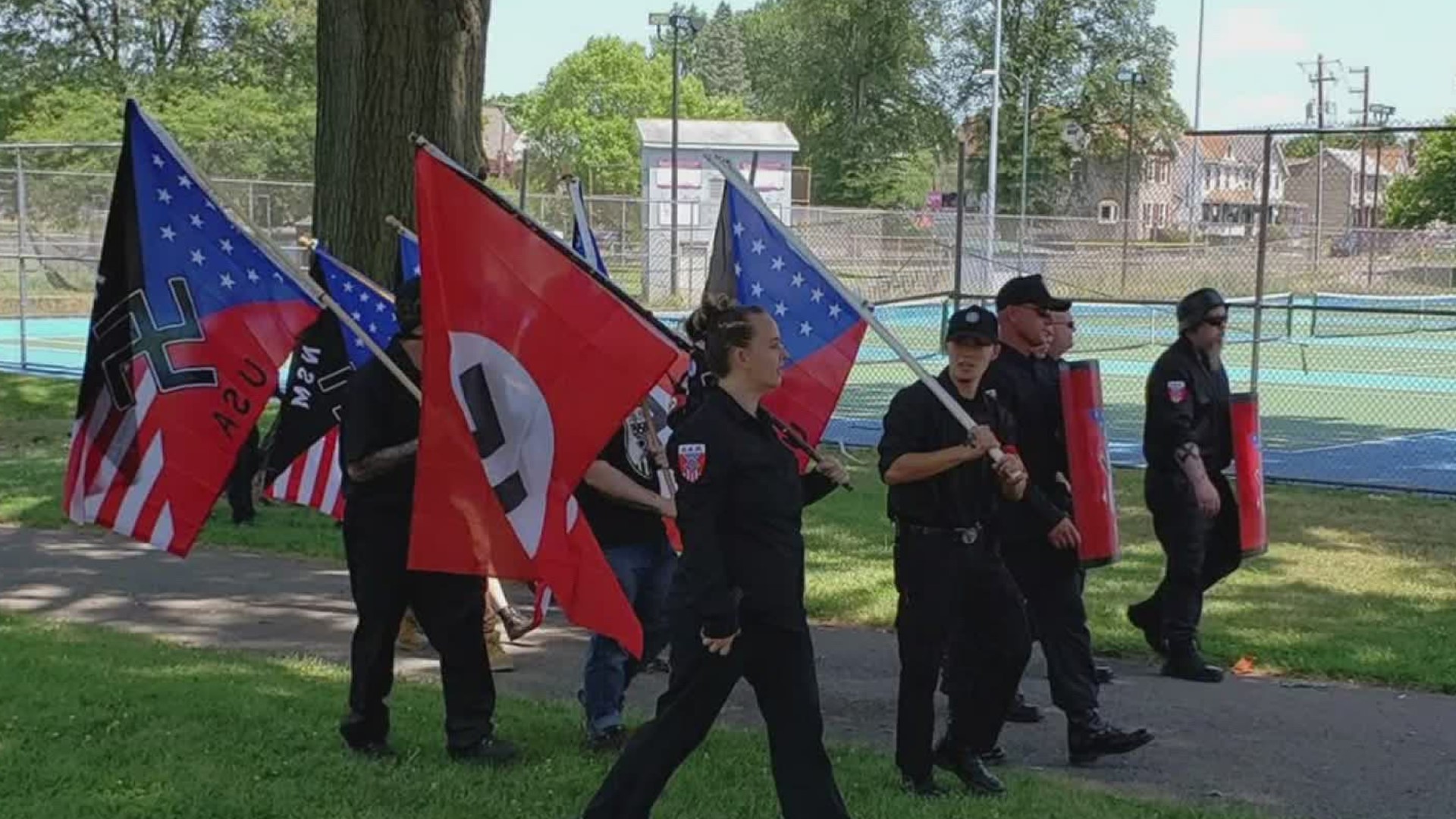 A  group of Neo-Nazis was found illegally protesting at a park downtown.

Police shut down the march due to a lack of permits.

About 30 members of the National Socialist Movement gathered in Brandon Park.

The NSM captured national attention back in 2017 after a rally in Charlottesville, Virginia.

The group openly supports the oppression of minority groups.

The march was scheduled back in April but the city canceled the permit due to coronavirus concerns.

The NSM applied for another permit and was denied again.

"Our efforts today were to ensure the safety of our citizens and to ensure that counter group did not form and we did not have violent situation if one did form because of it.  That did not happen thankfully, so we are very happy with the way things turned out," said Chief Damon Hagan, Williamsport Bureau of Police.

According to police in Williamsport, no arrests were made and no property was damaged.