Neighbors shocked mother barricaded children in home, then set it on fire in Williamsport

Everyone was able to get out safely. The mother remains in the Lycoming County Prison. 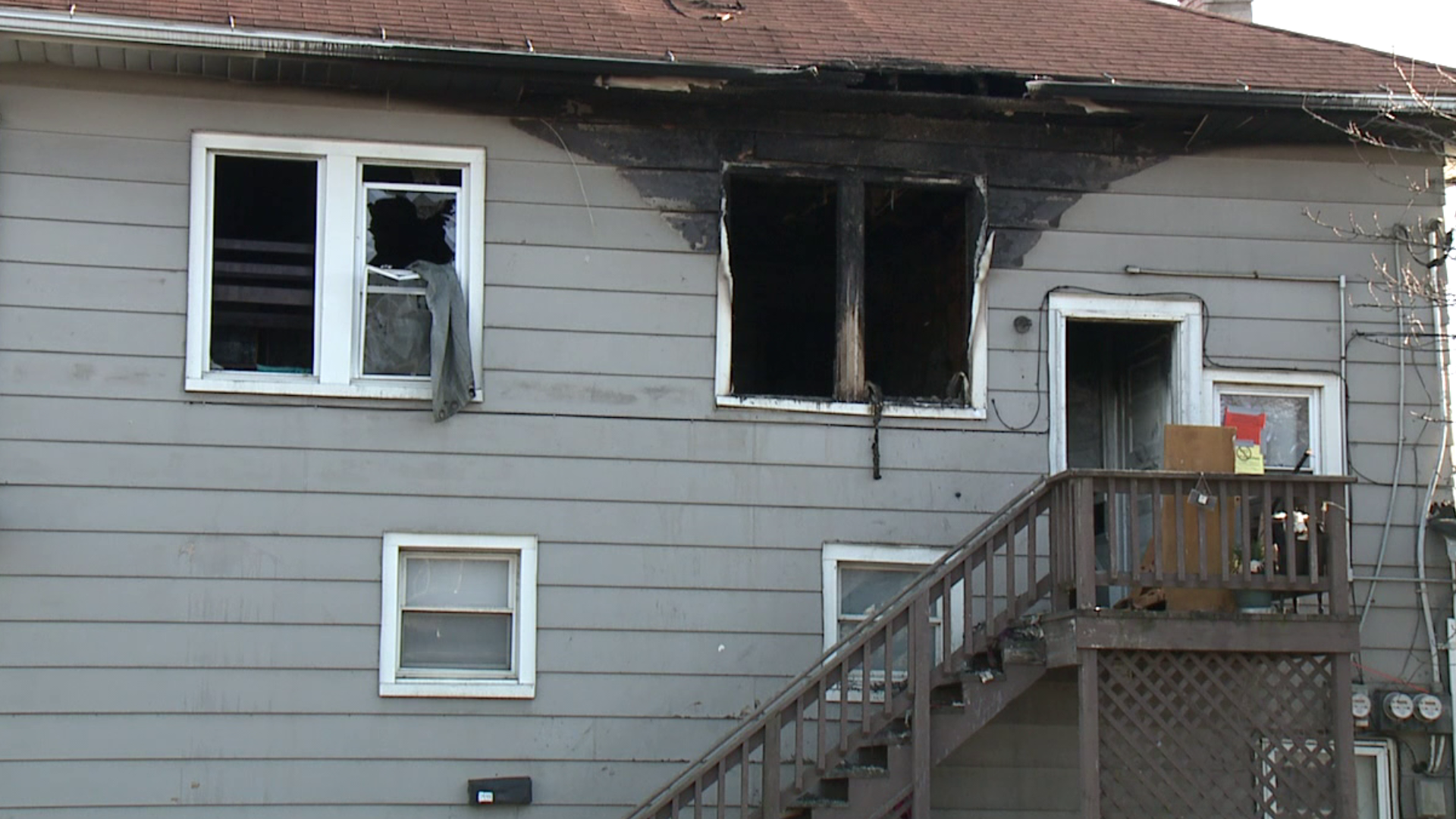 WILLIAMSPORT, Pa. — A mother is behind bars, accused of a heinous crime in Lycoming County.

Williamsport investigators say she barricaded her four children inside their apartment then set their home on fire. Fortunately, the children escaped unharmed.

A condemned sign is posted on the doors of the apartment building at 1493 High Street in Williamsport. Fire damage can be seen on the second floor of the house.

Williamsport police say a mother, 34-year-old Latoya Hall, barricaded her four young children in their rooms by putting mattresses and wooden parts of their bunkbeds to block their doors, then set fire to their apartment around 8:30 Thursday morning.

Her oldest daughter, 14, told investigators her mother also blocked the front door with a small table and large dresser.

Her neighbors say they're stunned.

"She seemed very nice and very pleasant. Didn't seem like out of the ordinary. She just seemed like a real person and then hearing about this,” said Paul Deitrick.

Police say the younger sister ran to the bathroom and escaped. The 14-year-old was able to unblock their doors, and she and the other children left the apartment.

"I heard all the fire trucks out here. I came out, and that was the only thing I wanted to know if the kids were out. And they said yeah,” said Candis Wurster.

According to court papers, the daughter told investigators that her mother told her to turn off the electricity to their apartment and the other apartments in the house on Monday night.

The daughter says this is because her mother believed they were being watched.

The daughter said earlier in the week her mother told her that "If anyone wanted to burn down my house, I'll be dying with my kids."

"They're saying that possibly paranoia, schizophrenic, you know, and her telling her kids that she feels they're being watched,” said Deitrick.

Among the charges Hall faces is arson and attempted homicide. Bail was denied. She remains in the Lycoming County Prison.