WILLIAMSPORT, Pa. — Just six years after receiving a kidney transplant, a man from Lycoming County is in need of a new one. “It’s frustrating,... 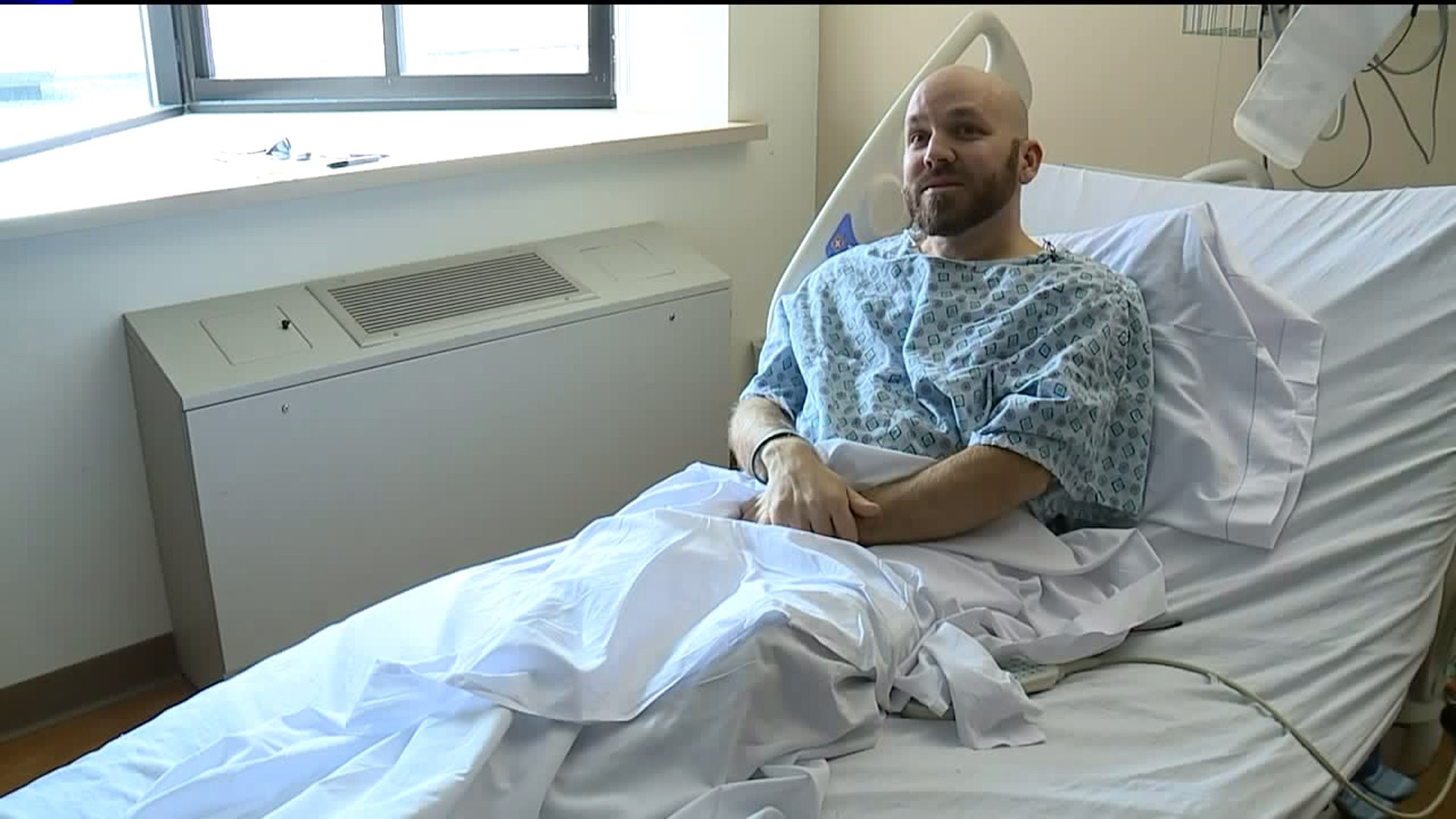 WILLIAMSPORT, Pa. -- Just six years after receiving a kidney transplant, a man from Lycoming County is in need of a new one.

"It's frustrating," Jeffrey Burget said. "You get tired of being tired. You get sick of being sick."

Burget, 42, from South Williamsport, was admitted to UPMC Susquehanna in Williamsport this week. He's on dialysis waiting for a kidney transplant for the second time.

"I was actually diagnosed at right around age 6, age 7," he recalled.

Burget didn't know it but his kidneys were damaged after the severe infection. Six years ago, Burget's kidneys began to fail and he needed a transplant.

"It was a family member who was a living donor at that time," Burget said.

Burget expected his new kidney to last at least 20 years.

"It just happened to be an unfortunate thing where six years that it was a living donor and it failed on me which rarely happens."

With just 15 percent kidney function, Burget has been put on a national transplant list.

This week alone he has lost over 20 pounds.

"I was a little astounded by what was going on. I was amazed at Jeff's spirit," said coworker Gay Bartlebaugh.

Bartlebaugh works with Burget and reached out to WNEP.

"I really thought his story needed to be told," Bartlebaugh said.

Burget's story is already being shared on social media

Jennifer Burget hopes by sharing his story, her husband finds a donor soon.

"People from Texas, from all over contact us to donate kidneys," Jennifer said.

"The people right now I don't even know who may have tested you for to see if they can be a match for a kidney and it's just humbling," Jeffrey said.

Because of privacy laws, Burget doesn't know who or how many people may have tested to see if they can donate.

You can get more information here.