NBA Player Alize Johnson Helping Out in the Williamsport Community

WILLIAMSPORT, Pa. — At 6 feet, 9 inches, Alize Johnson towers over mostly everybody except for a few of his NBA counterparts, but he doesn’t act lik... 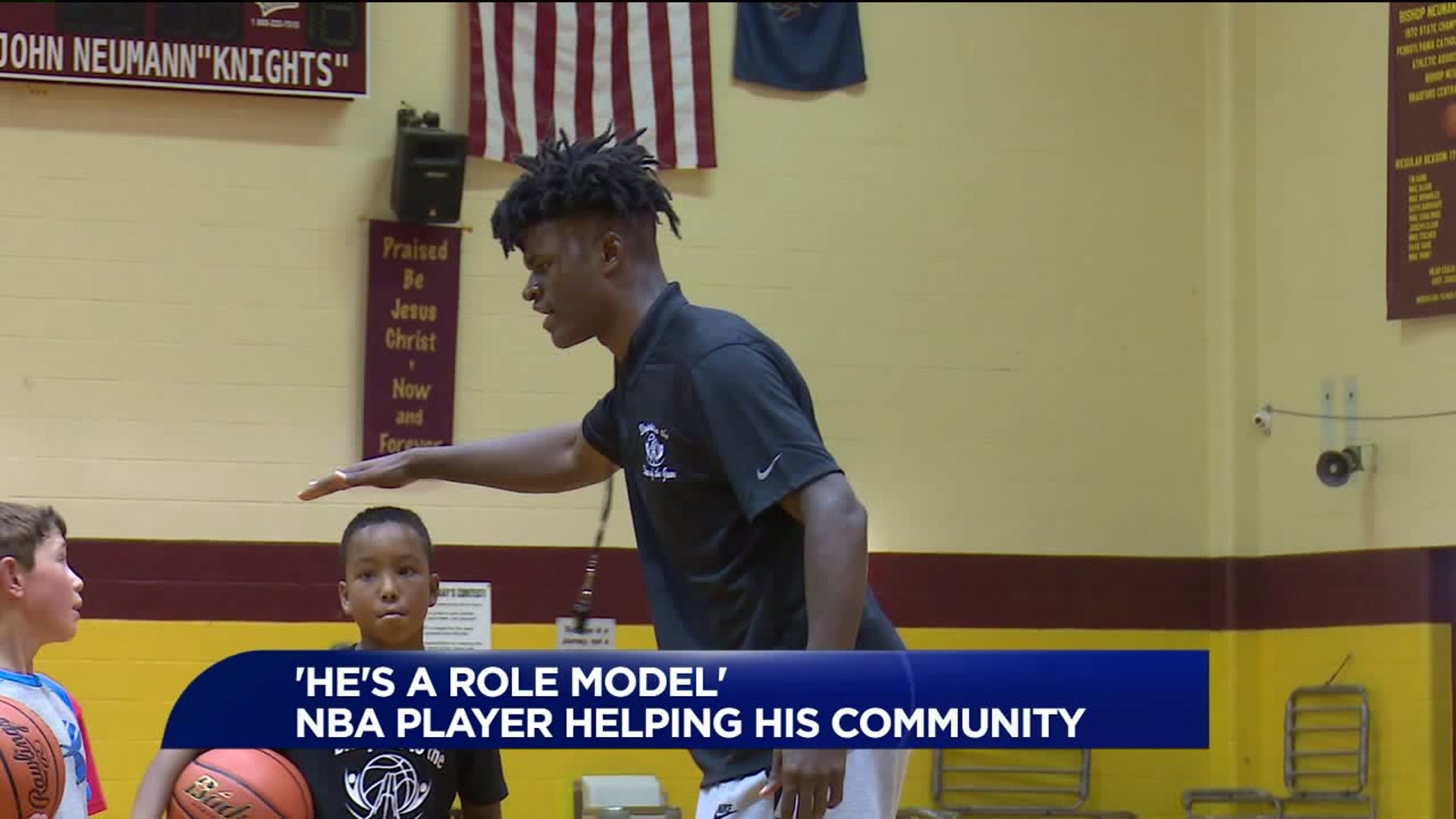 WILLIAMSPORT, Pa. -- At 6 feet, 9 inches, Alize Johnson towers over mostly everybody except for a few of his NBA counterparts, but he doesn't act like he's above anybody, especially the youth.

"These kids all have dreams and all they need is a little support," said Johnson. "That's something I had growing up and I feel like if there's somebody that can be in their corner just a little bit because I'm not going to always to be able to be around, it might impact someone.

Johnson's impact has been felt throughout the Williamsport area. Through his foundation, Where There's a Will, There's a Way, the St. John Neumann Academy graduate donated Thanksgiving meals to 100 families in the fall. Then in June, he built some basketball courts in Billtown.

"It's been great because I've been learning a lot more stuff and I've been getting better at the game," said camper Alex Takach.

"It's home. I grew up here. I just want to see all these kids grow. It's important because I grew up here, I played in this gym, I played around town. For me to be able to come back and give back, being in the platform I'm in, it's a given. It's something that I have to do," Johnson said.

Among the youth in Williamsport, Alize Johnson isn't just looked at as an NBA player, but most importantly, a role model.

"He's a role model. He helps people get through a lot of things. It means a lot that he actually cares about the community," Messiah Baldwin said.

Johnson's hard work is paying off on and off the court. His contract with the Indiana Pacers was just guaranteed for the upcoming season.