WILLIAMSPORT, Pa. — Friends and family of a murdered mother and daughter gathered to remember them in Williamsport on the 25th anniversary of their deaths... 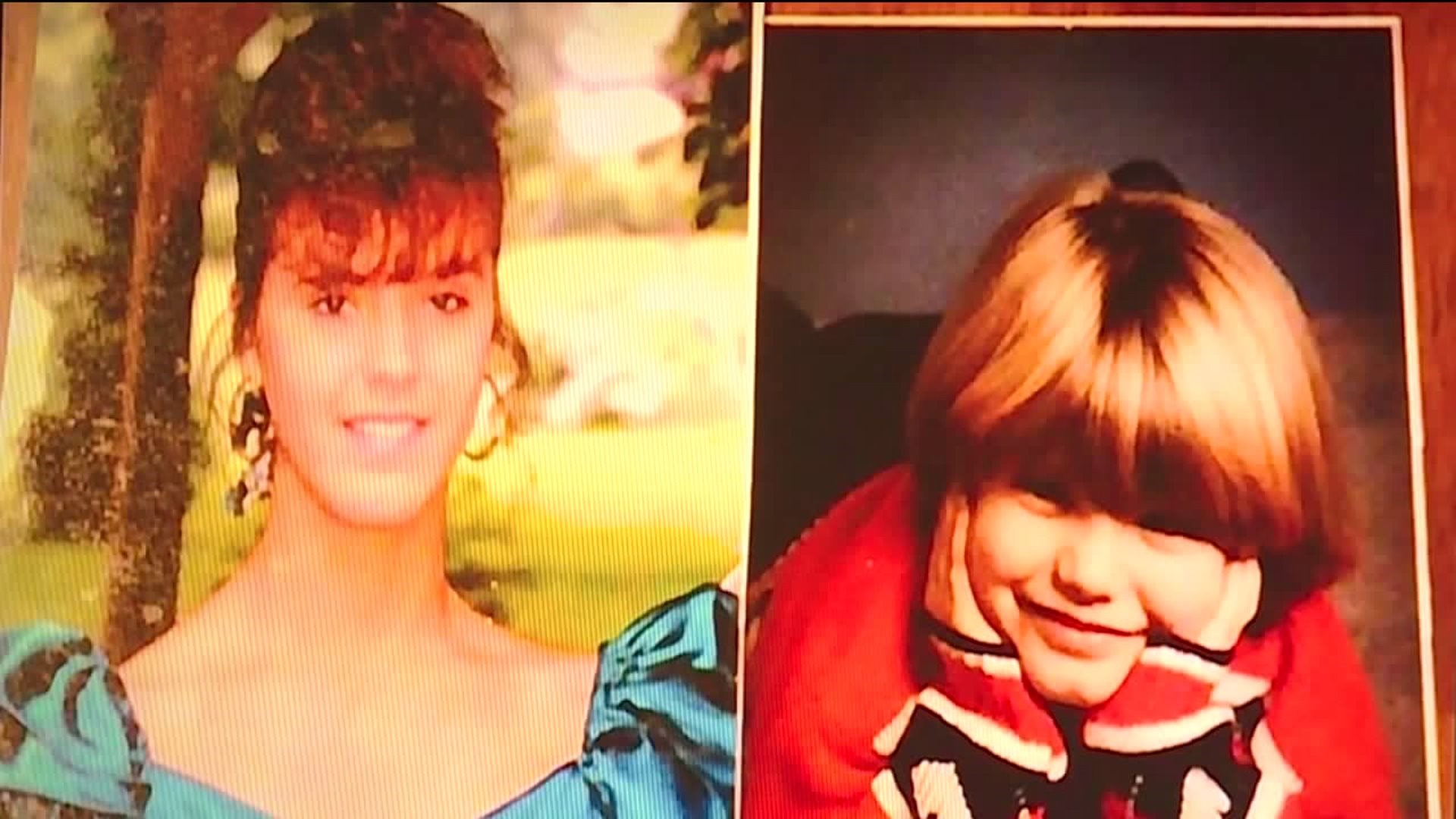 WILLIAMSPORT, Pa. -- Friends and family of a murdered mother and daughter gathered to remember them in Williamsport on the 25th anniversary of their deaths.

Gail Matthews, 23, and her 5-year-old daughter Tamara Berkheiser were found dead in their home on Center Street in Williamsport on September 2, 1994. Since then, no one has been charged and their murders remain cold cases.

Clutching candles and armed with grief, friends and family gathered together at Brandon Park in Williamsport on Monday to remember the young mother and her daughter who were stabbed to death a quarter-century ago.

“It is 25 years ago that the tragic events occurred when they lost their lives and they were innocent lives,” said Tamara’s childhood friend, Joe Hamm.

An arrest was made, but charges were dropped and these murders remain cold cases.

“My biggest thing is, this is a big world and there's a lot of people out there. We need somebody to help solve this. Somebody's got to know something,” said Dave Matthews, Gail’s brother.

“She had a heart of gold. She was so good for being a single mom and she worked and she took care of her whole household. She didn't depend on people and she was there for people,” said Denise Matthews, Gail’s sister-in-law.

Hamm was likely the last person to see them alive.

“On September 1 of 1994, fifth grade,” said Hamm. “We're in the front yard playing kickball. That night, go home that evening to be pulled out of school the next morning.”

Despite all the years that have passed, Gail's brother remains hopeful these murders will be solved, saying technology has come a long way in the past 25 years.

These vigils will continue to be held on the anniversary of their deaths to remind all that no one has been brought to justice.

They gathered five years ago to mark the 20th anniversary of their deaths.

“Again, make sure that we don't let anyone else forget. Their innocent lives were taken,” said Hamm.

Finally, the emotional night came to a close as dozens of balloons were sent skyward, all in the memory of a mother and daughter taken too soon.