A jeweler from Montoursville is now a Guinness World Record holder. He recently authenticated the world's largest collection of pearls. 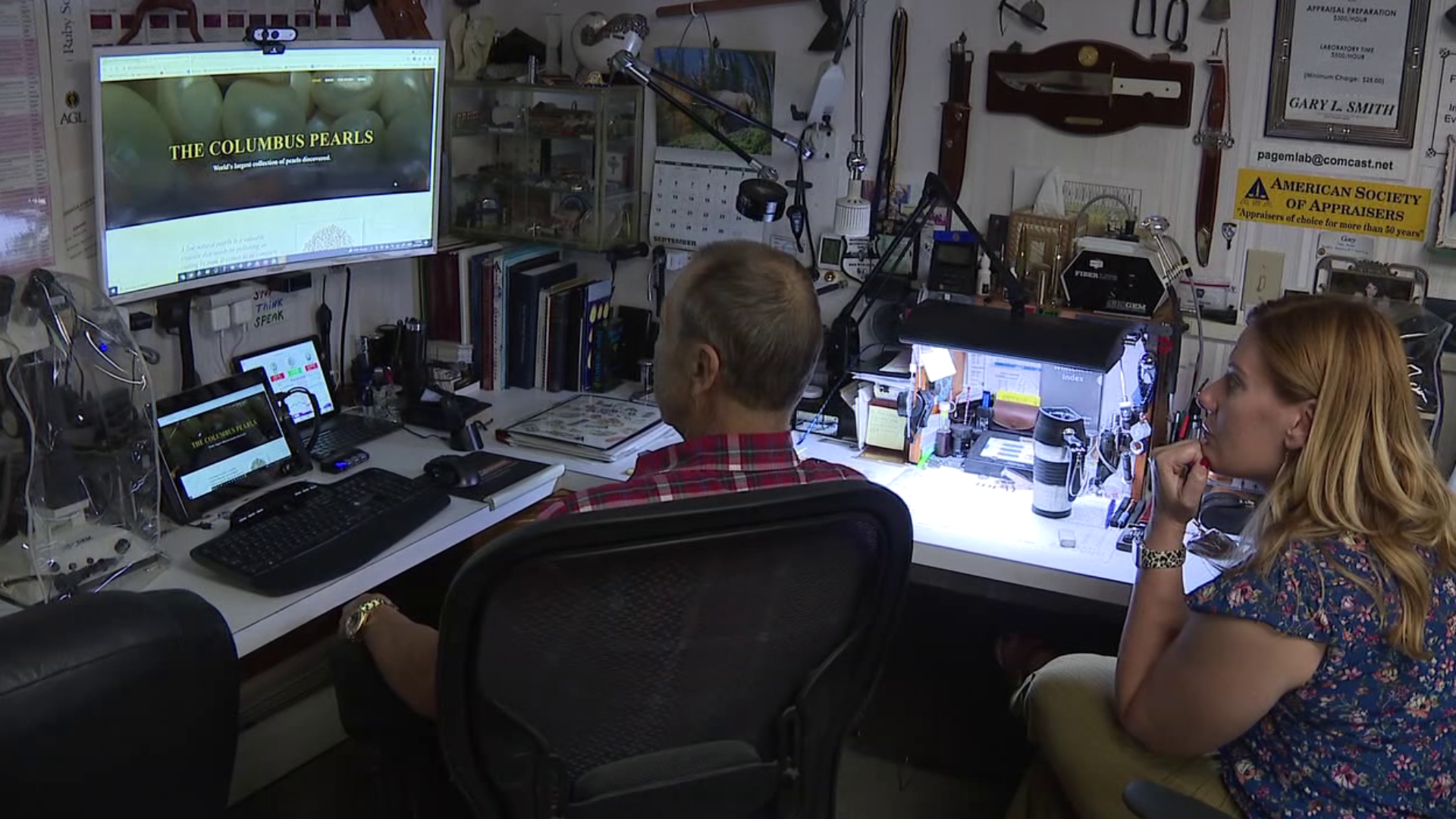 MONTOURSVILLE, Pa. — Gary Smith knows all about jewelry. He is a forensic jeweler and forensic gemologist and has a jewelry store in downtown Montoursville.

Recently, Gary saw something he never thought he would lay eyes on: the largest collection of natural saltwater pearls in the world.

Gary was at a gem show in Arizona earlier this year when a man approached him with a unique pearl collection.

"And as I looked at them, I could tell they were quite old, and they had unique drill holes. They weren't like a modern pearl," Smith said.

The man brought his collection to Gary's lab in Montoursville. It turns out - the pearls were discovered on a Caribbean Island by a relative of that man who was an archaeologist.

"These pearls were buried in a clay pot right at the waterline, so the ocean kept them moist just like they were in the pearl, the oyster, and they were as beautiful as the day they were put in 500+ years ago," Smith said.

Gary tested and certified the pearls, which he says date back to the time of Christopher Columbus.

The pearls have been named "The Columbus Pearls."

They were sent to the Gemological Institute of America, which said the treasure is worth $100 million.

Recently, the pearls were certified by the Guinness Book of World Records as the largest collection of natural saltwater pearls.

"I just feel very privileged to be part of it because something of this magnitude in Central Pennsylvania is kind of unheard of," Smith said.

Gary says he plans to make some of the pearls into jewelry for the owner, which the owner will then auction off. Gary also says the pearls are currently somewhere in a vault - but not in Montoursville.