SOUTH WILLIAMSPORT, Pa. — Just days before prom, students in Lycoming County were reminded of the dangers of driving while under the influence. Students w... 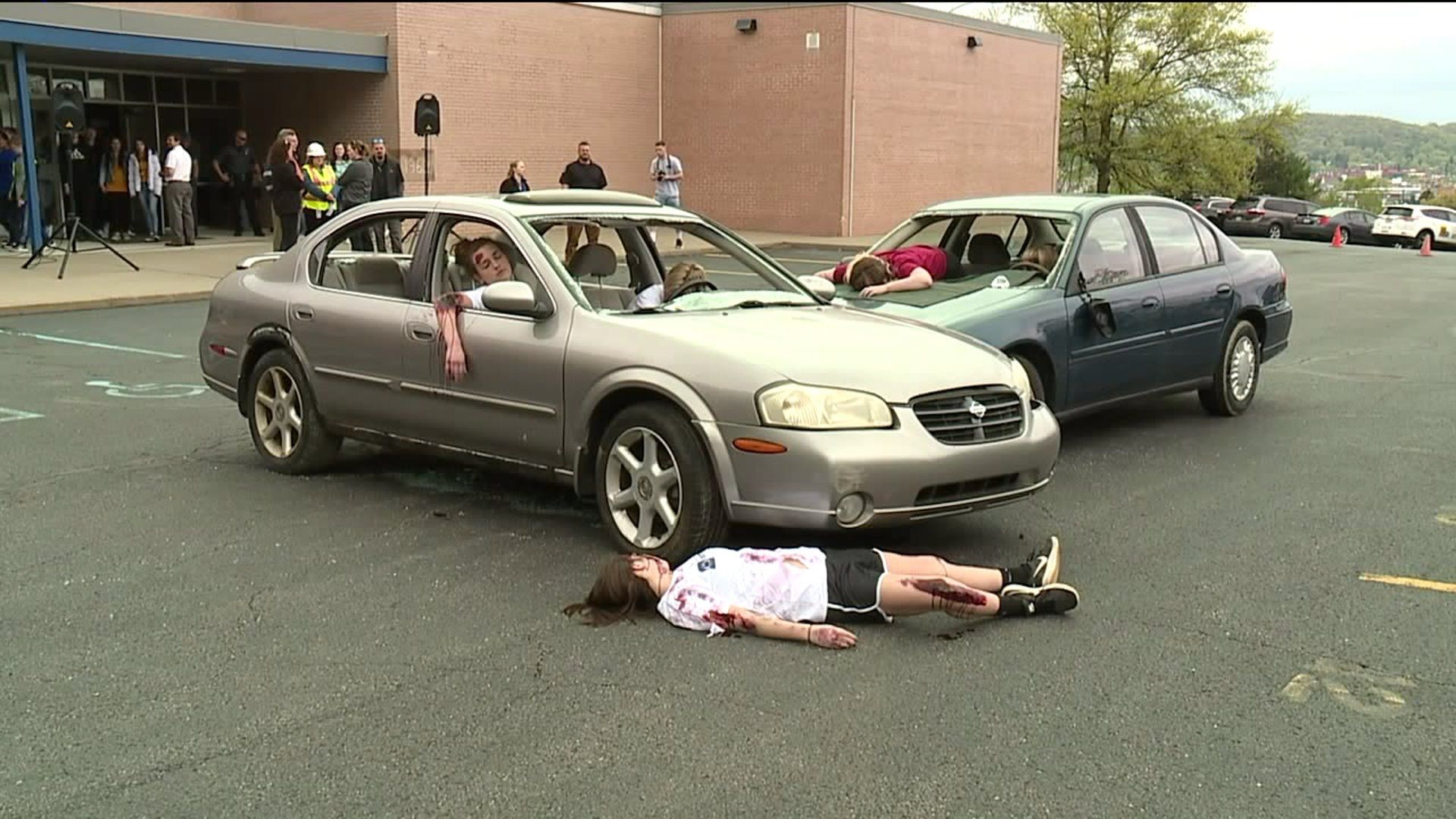 SOUTH WILLIAMSPORT, Pa. -- Just days before prom, students in Lycoming County were reminded of the dangers of driving while under the influence.

Students watched from the hill next to South Williamsport Area Junior/Senior High School as fire trucks rolled in.

This was a mock crash. It means the crash site is fake and so are the injuries for the students.

For Alyssa Johnson, South Williamsport's SADD president, it was still a surreal experience.

"So different knowing that I am hearing the sirens come for me and come for my friends and it's not someone else who I don't know when that's usually the case."

Johnson is a member of Students Against Destructive Decisions or SADD. The club teamed up with law enforcement and emergency responders to show students the dangers of drinking and driving.

"It's good to have a reminder of how brutal these kind of crashes are and how it can just happen in a split second and how vicious the after-effects can be," said senior Devin Brown.

With prom this Saturday, the school and South Williamsport police see this as the perfect time to hold the event.

"Being under the influence of any substance and operating a motor vehicle, we want to get that message out there, and hopefully, we don't have to deal with this with their families," said South Williamsport Police Chief Carl Finnerty.

"There's a big message that comes along with it, sort of, you can make good decisions to prevent these things from happening before it's too late and something actually bad happens," said SADD member Megan Weber.

To ensure that nearly every student in the district experiences this mock crash the school district plans to hold the event again in the next few years.