WILLIAMSPORT, Pa. — Montoursville’s very own Mike Mussina was just inducted into the Baseball Hall of Fame this weekend. Thursday night he was signi... 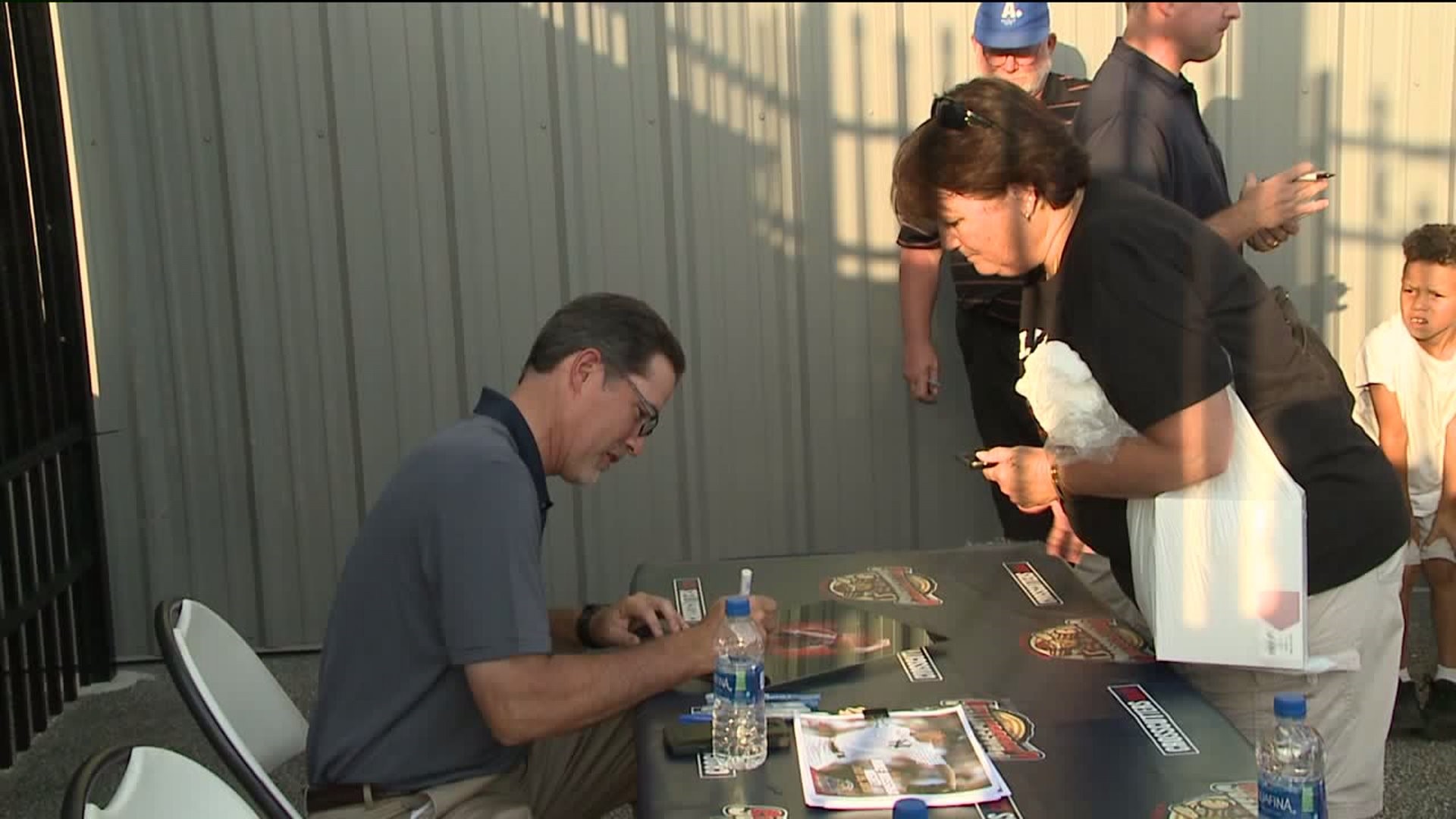 WILLIAMSPORT, Pa. -- Montoursville's very own Mike Mussina was just inducted into the Baseball Hall of Fame this weekend.

Thursday night he was signing autographs and raising money for local charities at the Williamsport Crosscutters game.

Mike Mussina is a former New York Yankee and Baltimore Oriole. He's always been proud of his roots in Lycoming County and tonight a lot of people turned out to watch as he was honored in a big way.

The line to get into BBT ballpark in Williamsport stretched across the parking lot. However, it wasn't a long wait for people to get in to see baseball Hall of Famer, former New York Yankee pitcher, and Montoursville native Mike Mussina at historic Bowman Field.

“It's amazing to think that someone from a small town like Montoursville could make it so far. I think it's a real inspiration for everybody,” Kelly Crist of Montoursville said.

In addition to Crosscutters gear, fans filled the stadium in Yankees and Orioles attire to show their support for two teams Mussina used to play for.

“He pitched well for both teams, but I think we know who the real fans are!” Andrew Sleboda of Mansfield said.

“I've been a Mussina fan ever since ‘91. I've been following him, you know a hometown kind of a boy,” said Charles Barnum of North Bend.

Mussina threw out the first pitch of the game, inspiring even some of the youngest people in the audience like 11-year-old Emerson Cheney

“It just makes me all fired up,” Emerson Cheney of Montgomery said.

The baseball Hall of Famer also signed autographs, raising $2,000 for local charities of his choosing. Sharon Manning of Maryland traveled all the way to Williamsport to see the Lycoming County native.

“He's a great guy. He's a great pitcher, and I think he should have gotten into the hall of fame sooner,” Sharon Manning of Maryland said.