WILLIAMSPORT, Pa. — Congressman Tom Marino was reelected to the US House, this time to the newly redrawn 12th District, formally the 10th District. It was... 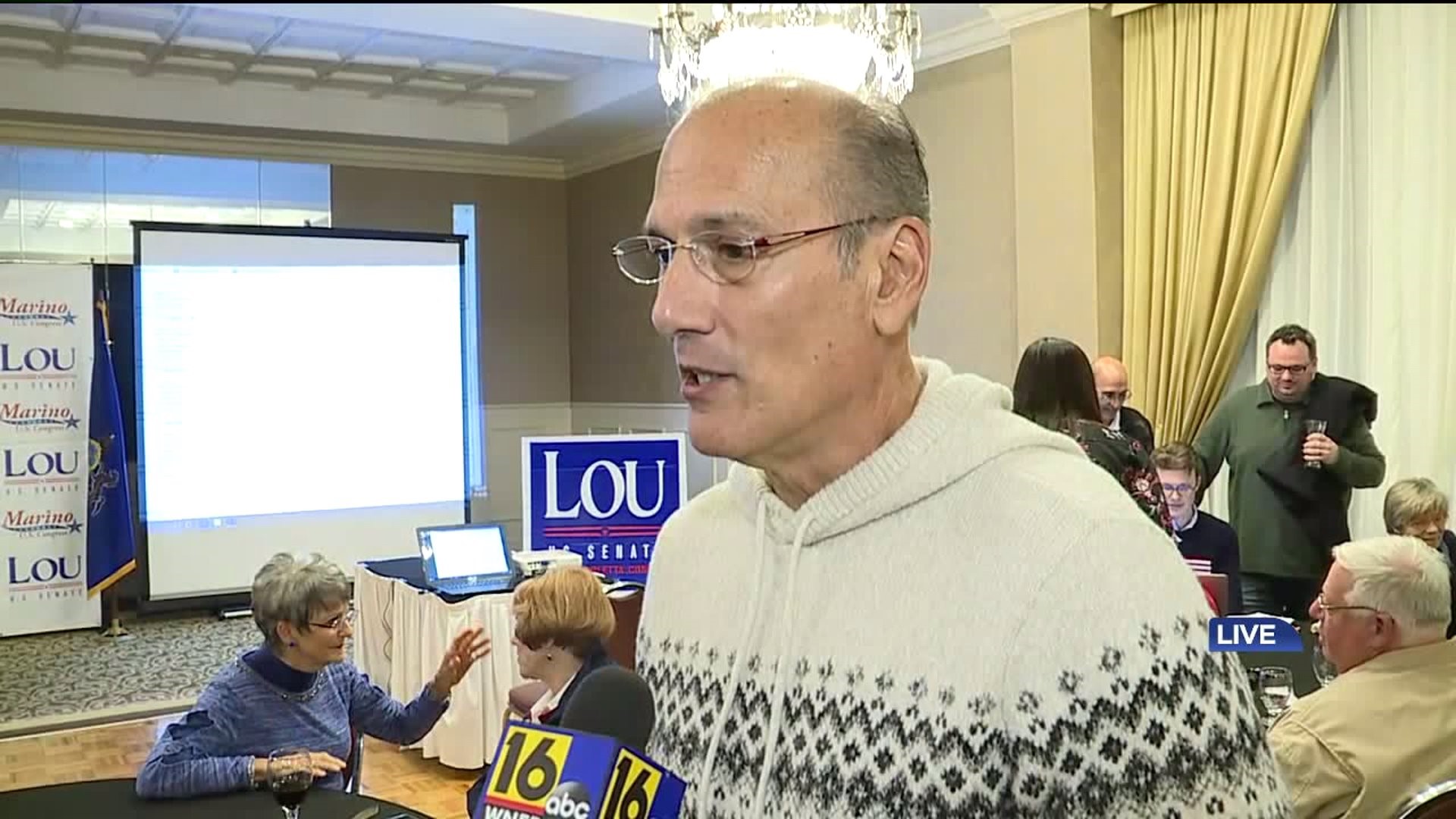 WILLIAMSPORT, Pa. -- Congressman Tom Marino was reelected to the US House, this time to the newly redrawn 12th District, formally the 10th District.

It was a warm welcome for Marino as he walked into the Genetti Hotel in Williamsport. Lycoming County Republicans gathered to support their candidates, and Marino's victory was a big one.

"We worked hard, and we're going to continue to improve the quality of life for the people in the 12th District," Marino said.

Marino defeated Democrat Marc Friedenberg, who is a professor in Centre County.

With Democrats taking control of the House, Marino says he is not happy about that, but he says he will make it work.

"I'm disappointed we lost the House. I did keep it in the back of my mind it's a possibility because you look at the last several elections, that's still no excuse. We lost the house," Marino said.

The newly redrawn 12th District covers parts of 15 counties, including 10 counties in northeastern and central Pennsylvania.

Marino was born and raised in Lycoming County. He served 10 years as Lycoming County District Attorney and was picked to be a U.S. Attorney by President George W. Bush in 2002. Marino ran for Congress and defeated incumbent Democrat Chris Carney in 2010.

Marino was nominated by President Trump to serve as America’s “Drug Czar” but was forced to withdraw from consideration because of reports that legislation he sponsored hindered the U.S. Drug Enforcement Administration’s efforts to curb opioid addiction. He forcefully denied any wrongdoing.