BASSTRESS TOWNSHIP, Pa. — A man from Lycoming County is dead after a trench he dug outside his home collapsed. Emergency workers tell Newswatch 16 the man... 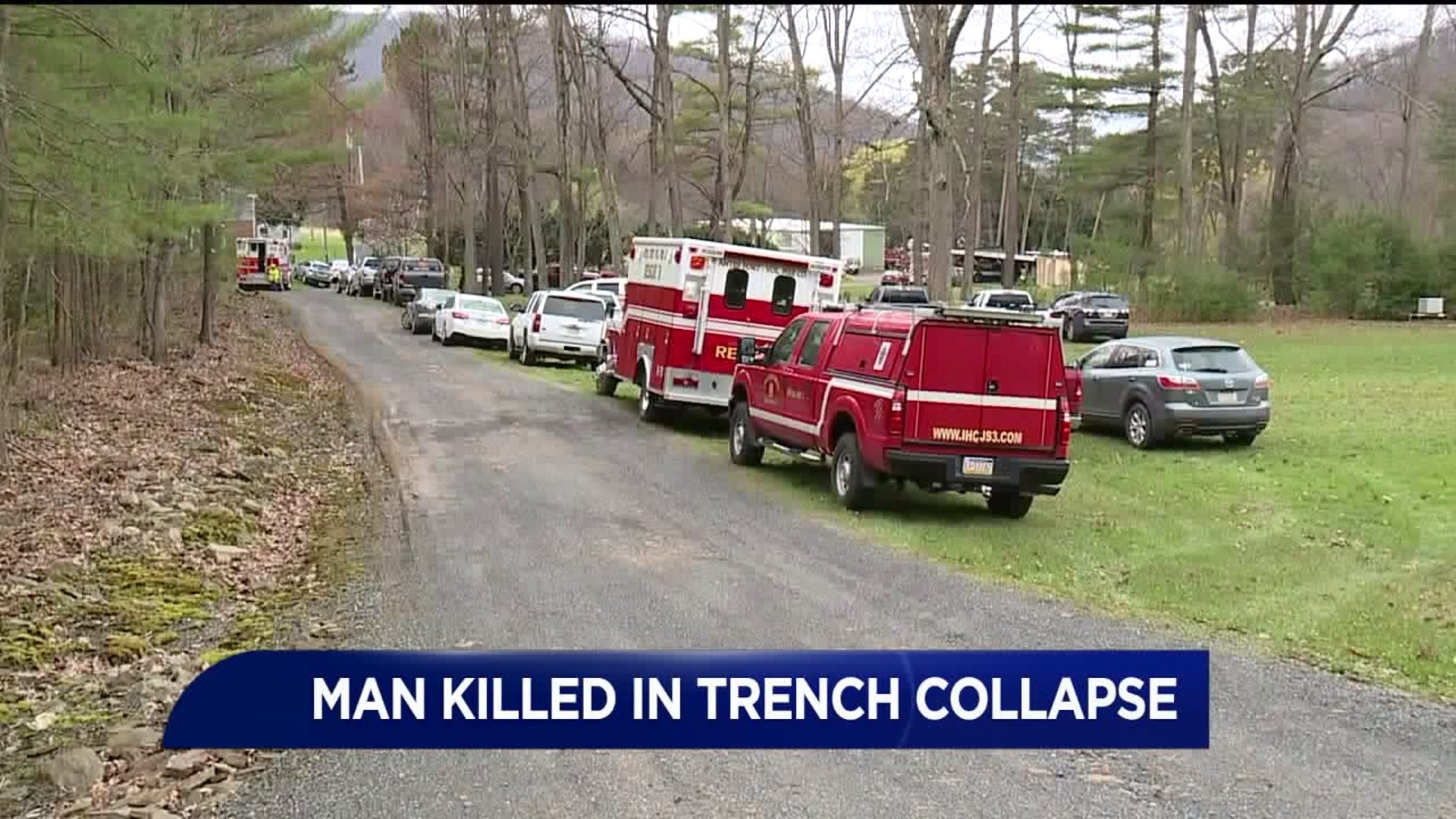 BASSTRESS TOWNSHIP, Pa. -- A man from Lycoming County is dead after a trench he dug outside his home collapsed.

Emergency workers tell Newswatch 16 the man was trying to fix a pipe when the 8-foot-deep trench collapsed around him.

Police were called to a house in Basstress Township outside Williamsport around 10 a.m. Friday.

"We believe that it was over his head. At first, family members managed to dig some of the material away from him," said Chief Dean Miller, Nippenose Valley Volunteer Fire Company.

Emergency teams called for extra help. The county's trench rescue team helped shore up the ditch before pulling the 66-year-old man out, but he did not survive.

"It was clay-type dirt, so it was very heavy. A lot of moisture in it made it very difficult to hand dig to dig around the patient," said Miller.

Miller says the wet weather may have played a part in the tragic accident.

"OSHA says anything four feet or below you have to have a trench box. A trench box is set up to go down into the ditch and shore up the sides of the ditch so it doesn't fall in on you," Miller explained. "When people do operations on their own, they don't fall under the OSHA guidelines, so they do take shortcuts. That's what happens sometimes."

The coroner has not released the name of the victim yet, but we were told he was well-known and loved in his community.