Major bicycle shortage in our area

Demand for bikes has skyrocketed, leading to longer wait times for cyclists looking to buy. 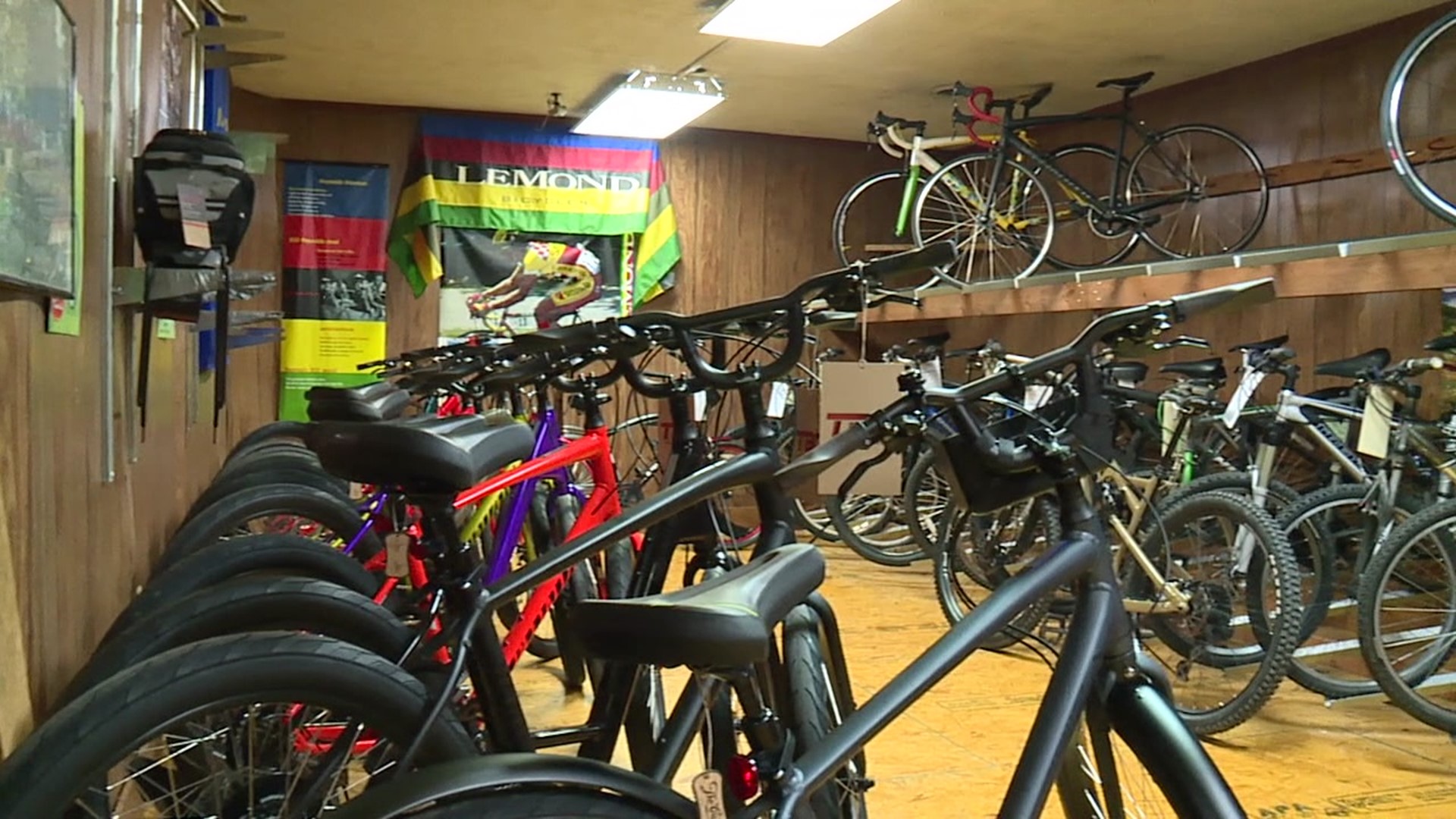 SOUTH WILLIAMSPORT, Pa. — "Pretty much has been the biggest bike boom since the seventies that anybody has ever seen, so the industry is just exploding," said Bicycle Center owner Devon Devito.

Devon Devito is the owner of the Bicycle Center in South Williamsport. Since the COVID-19 crisis began, Devito says he has sold over 250 bikes, that's the most he's ever sold in a three-month stretch.

"Everybody who usually never got out and got a bike before has been bored, got their stimulus checks, and a lot of them just walked right through the door, and bikes were just flying off the shelves."

Normally, Devito has over 100 bikes for sale, but because of a rise in demand for bikes, he only has a handful in stock.

"If everything was full on the racks, I would probably have 110 bikes for sale at the time, but right now, I'm down to eight regular bikes and a few high-end stuff and four kids, so it has dwindled pretty quickly."

Oversea manufacturing plants are having a hard time keeping up with demand.

"Placed a big order a couple months ago for 100 plus bikes and placed another 100 something last week and I haven't seen any of those until today, I just got a notification that I have eight coming in so thankfully eight is better than none."

Most of his business now is coming from bike repairs. He has over 100 bikes in the shop needing repairs, but don't expect it to be fixed in a few days, there is a 2 to 3 week wait period for all major repairs.

"I have 101 repairs, couple wheels, and a couple frame builds for folks that are patient enough to wait to the time that I can get to them all."

Devito told Newswatch 16 that he is hopeful that production will begin to pick up soon so more people can purchase a new bike for the summer.