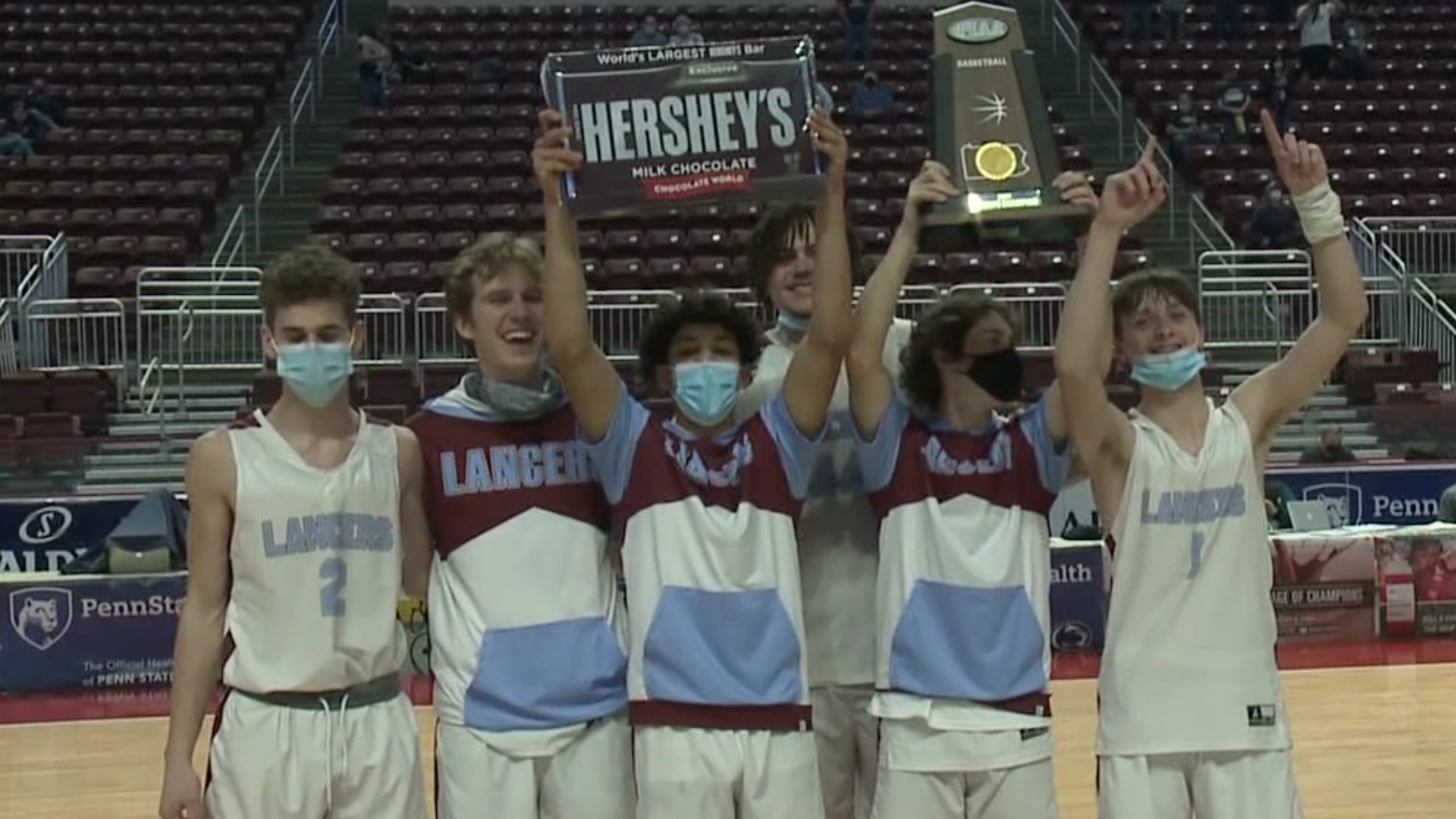 LYCOMING COUNTY, Pa. — For the first time in the school's history, the boys on the Loyalsock Township High School basketball team have finally been crowned PIAA state champions.

The Lancers defeated Brookville in the 3A state championship game by the score of 75 to 53.

"It all started with us storming the court, and it was just surreal, and we just had a great time," said shooting guard Dominic Jennings.

"I'm glad I got to restart the process with a brand-new group of guys, you know freshman all the way up to my grade, I got to play with my fellow seniors. So, it was a great season overall. I just love playing with these guys," said point guard Idris Ali.

It was a long year filled with ups and downs for the basketball program. The Lancers had to postpone many games in the early part of their season due to COVID-19. However, Coach Ron Insinger and his players tell Newswatch 16 that they never gave up.

"We didn't know if we were going to have a year or not, so we just had to take it day by day and going into each and every game we just went in knowing we had to go down swinging no matter what happened so coming out with the victory means a lot to us," said Jennings.

"It has been a long-time dream for these young men, and we are always telling them to dream big, they did, and big things happened," said head coach Ron Insinger.

Coach Insinger has been coaching basketball at Loyalsock for 46 years. He has the most wins for a high school coach in the state of Pennsylvania. The only thing he hadn't accomplished until now was winning a state title.

"It was the last item on my bucket list, and I couldn't think of a better group to do this than these young men. They are not only great basketball players, but they are just great all-around kids," said Insinger.

Coach Insinger also told Newswatch 16 that out of all the teams he has coached in his life, this group of guys is his favorite.