Noah Kirby from Montoursville put on a show at the Little league Home Run Derby. 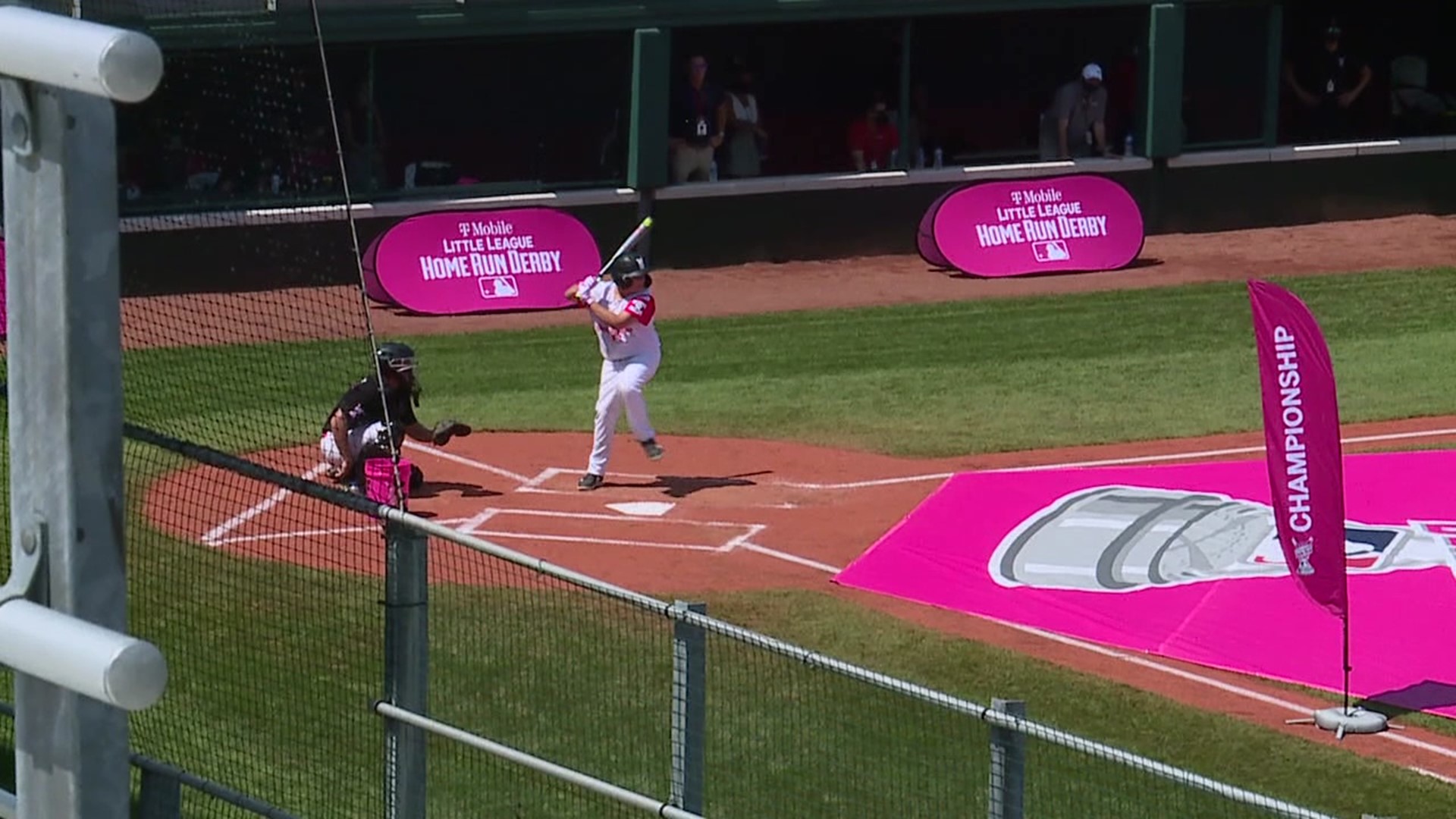 SOUTH WILLIAMSPORT, Pa. — Sixteen kids from around the United States came to South Williamsport to compete in this year's Little League Home Run Derby. There was a boys' and a girls' competition.

"It was a lot of fun. It was really cool and a blast hanging out with the other kids and Hunter Pence," said Kirby.

Noah's fellow teammates made the short 10-minute trip down Interstate 180 to see him swing for the fences. They made sure to show support for the young slugger.

"He is one of my best friends who I have been friends with since the first grade, and he hits absolute bombs on the baseball diamond," said Zachary Neill of Montoursville.

"All came here as a team, making signs and chanting his name, Lil Papi when he comes up," said Austin Davidson of Montoursville.

Many of Noah's teammates referred to him as his nickname, Lil Papi. It pays homage to Noah's favorite player and Red Sox legend David Ortiz or Big Papi.

"Big Papi is my favorite player, and obviously, I hit dingers, so those two things go together. Obviously, I am not as big as David Ortiz, so Lil Papi goes," said Kirby.

All contestants looked confident at the plate during the derby, but according to Noah and his teammates, hitting home runs has always been his specialty.

"At the South Williamsport fields, the fence is 210 feet, and then there is a street about 30 feet wide, and then a red house, and he hit that red house one time on a bounce," said Davidson.

"I just drop bombs about 100 feet over the fence every single time. Epic bat flips also. Got to have that. Otherwise, it is not a good home run," said Kirby.

You can see the results of the derby this Sunday at 1 p.m. on ESPN.