WILLIAMSPORT, Pa. — For the third time in two years, part of the Bases Loaded monument in the heart of Williamsport has been vandalized, even after the ci... 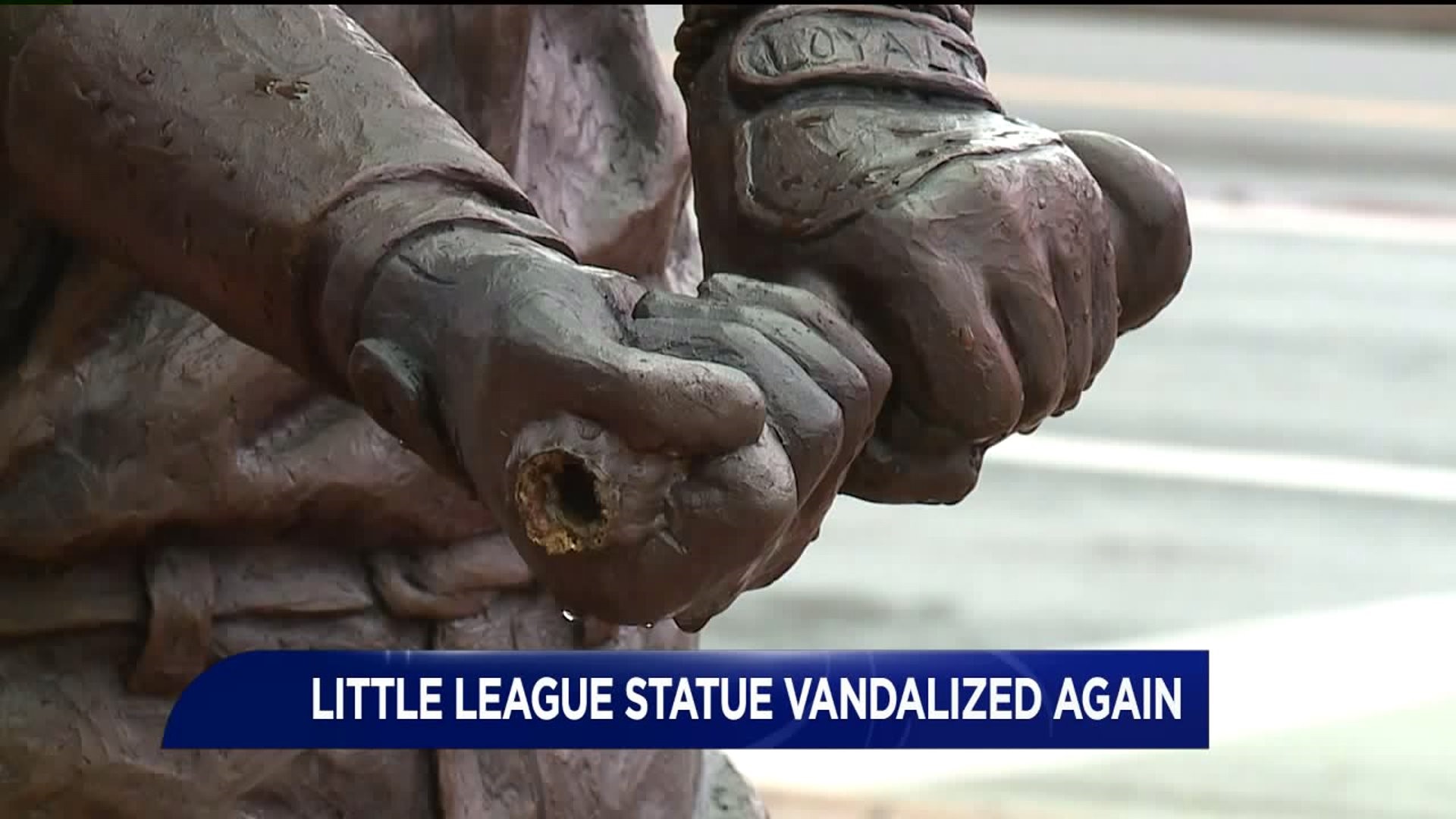 WILLIAMSPORT, Pa. -- For the third time in two years, part of the Bases Loaded monument in the heart of Williamsport has been vandalized, even after the city added security cameras to keep an eye on it.

The Bases Loaded monument in Williamsport was vandalized late last week. People in Williamsport are upset that this has become a recurring thing and don't understand why somebody would damage something so important to the community.

If you take a trip down to Market Square in Williamsport to see the Bases Loaded monument, you will notice something important is missing. The bronze bat was broken in half just a month before the Little Leaguers take to the diamond next month in nearby South Williamsport.

"People really cherish this event coming up in August. I know I do, so I think this is absolutely disgusting," said Montoursville resident Eric Bregue.

A camera was set up in 2017 after the statue was first vandalized to try and ensure this would not happen again but its effectiveness is being questioned by locals.

"I don't think a camera will stop anybody from doing anything," said Dominick Greninger.

"For somebody to come and sit in front of that camera and steal that bat is very sad," Linda Sterling said.

The camera captured the image that the Williamsport Bureau of Police later posted to social media Friday night. Williamsport police told Newswatch 16 that no further information is available, but they are trying to identify the culprit.

This is the third time in almost two years that the bronze bat at the Bases Loaded monument on Market Square has been vandalized. People from the area don't understand why this keeps happening to something so symbolic to Williamsport.

"I think it's absolutely ridiculous that somebody would take away from the kids that earn the spots here at the Little League World Series to come here and see this," Linda Sterling said.

In the past, the Chamber of Commerce has used a plastic bat as a place holder until the statue could be repaired but with the World Series just a month away, the city is still exploring ideas.