WILLIAMSPORT, Pa. — Just before the Little League World Series starts in the Williamsport area, a vandalized monument to Little League has been repaired. ... 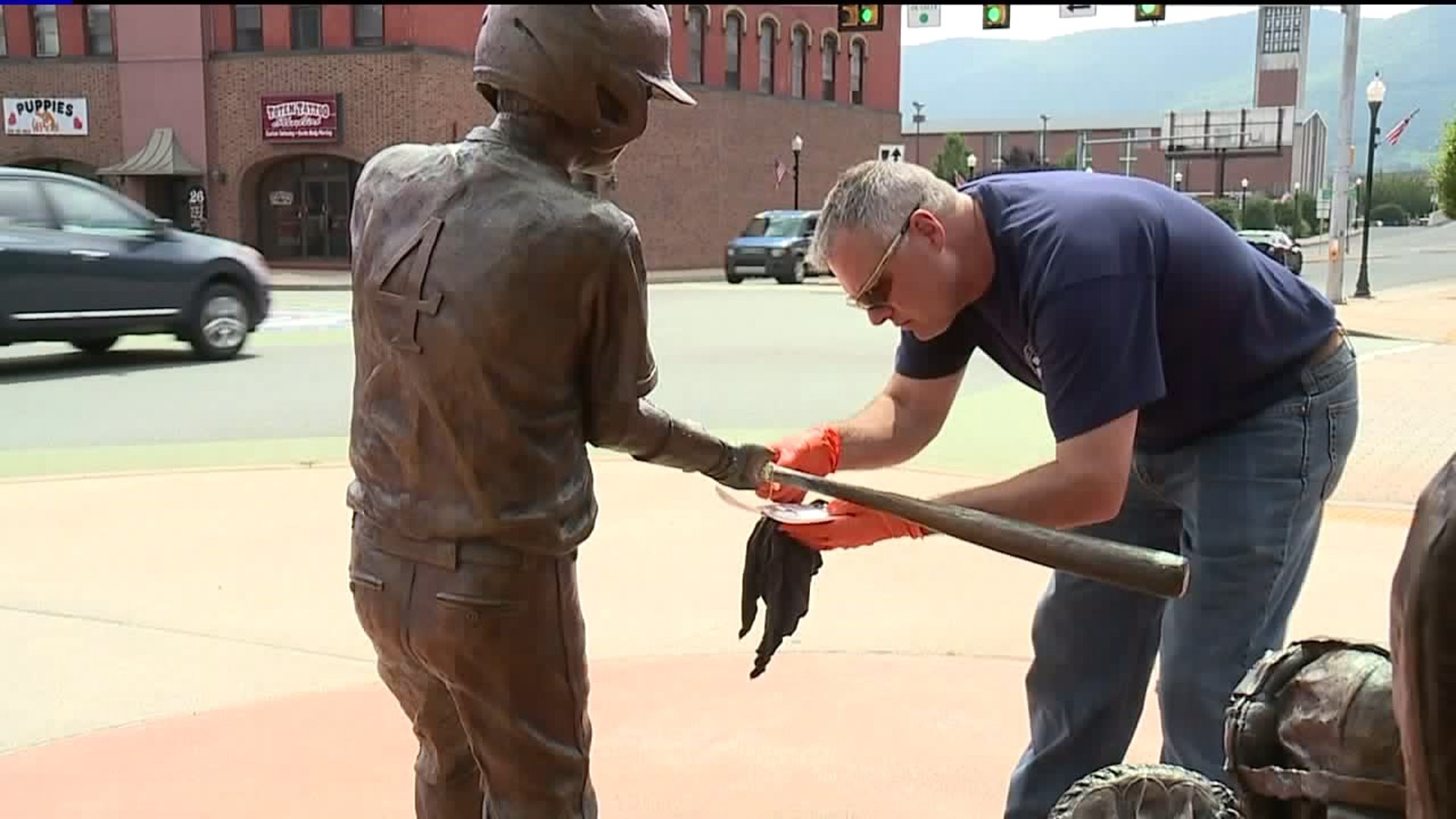 WILLIAMSPORT, Pa. -- Just before the Little League World Series starts in the Williamsport area, a vandalized monument to Little League has been repaired. After a statue's bat was stolen several times, this time there are some changes to keep it in place.

A new bat was welded on to this statue at the Bases Loaded monument Thursday morning. This is the third time the city has repaired this bat in under two years, but they hope it will be the last.

The batter at the Bases Loaded sculpture on Market Square is once again swinging for the fences. The city of Williamsport repaired the iconic statue by welding a new bat into place just a week before the first pitch is thrown at the Little League World Series.

"The timing of when this all occurred, obviously, it put a little bit of a challenge on us, however, we were fortunate enough to be able to work with the artist whose created all these statues for us and to be able to get the foundry to remake a bat for us," said Jason Fink, president and CEO of the Williamsport Lycoming Chamber of Commerce.

A surveillance camera captured a man damaging the statue on July 19, breaking off the bronze bat. This was the third time the bat was vandalized in just two years but with new modifications to the bat, the city believes it will be the last.

"There's been some things that we've actually done to alter the bat. You won't be able to notice it, hopefully, but it is something we ended up having to do to be able to hopefully address this once and for all."

The city hopes the new design eliminates any weak points in the bat to keep it in place.

Folks in Williamsport and Little League both say that they're happy the bat has been repaired at the Bases Loaded monument, just before thousands of people come into town for the Little League World Series.

"When I saw it was missing, I'm going, I hope to God they get that back in time," Tracey Mulcahy said.

"Very glad that they put the bat back because it's such a monumental thing for our town. Williamsport is what Little League is all about," Lucinda Schoff said.

The chamber of commerce said even more modifications will be done to the statue to ensure the bat stays in place but that won't happen until after the World Series has wrapped up.