WILLIAMSPORT, Pa. — Little League Baseball celebrated its 80th anniversary on Thursday night in a special way. One of the first ever little leaguers start... 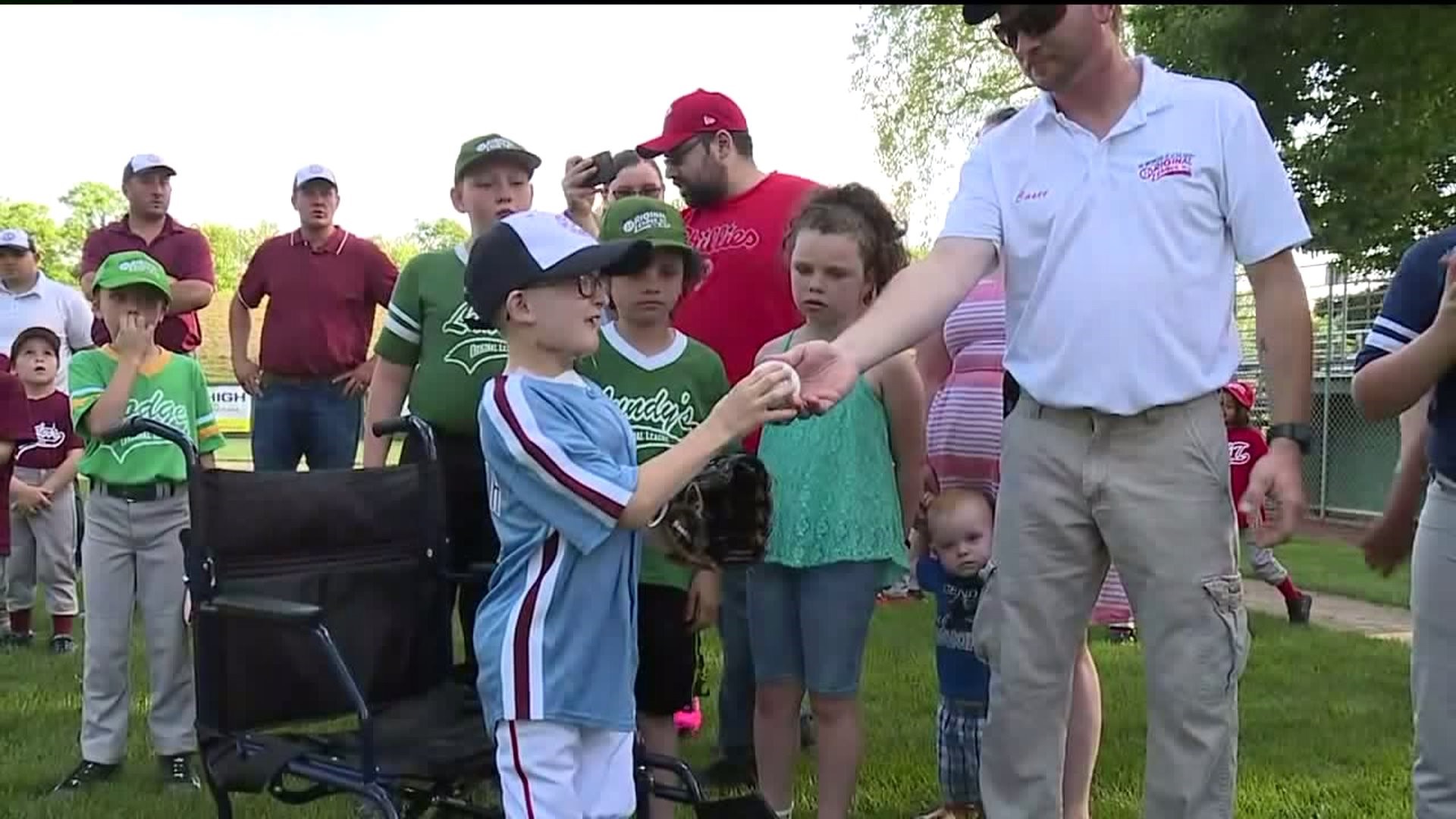 One of the first ever little leaguers started a ball toss, which took all the participants on a historical tour.

There are now millions of Little League players with teams in every state in the U.S. and 80 countries. It all started on this day, 80 years ago with three teams in Williamsport.

Lovers of Little League, big and small, came together in its birthplace to mark its 80th anniversary in Max Brown Memorial Park.

One of the first little leaguers ever, 90-year-old Al "Sonney" Yearrick was there too.

Years ago, he proposed to his wife in the park. On Thursday night, he threw the first pitch from that exact spot.

"Anything with the original league is an honor. They have given us so much," Yearrick said.

Yearrick went on to play for the old former Boston Braves. From his hands, the ball toss continued. Current players, parents, and coaches kept the ball going through the park.

"It makes you cry because it was always up here and now these guys are helping," McKinney said.

In the 80 years since Little League Baseball began in Williamsport, hundreds of kids have played on these fields.

"The history, the amount of time people put in here, and the fact that Carl Stotz's idea is still shining to this day," McKinney said.

11-year-old Giovanni Hamilton had the honor of throwing the game-ending pitch. He's diagnosed with a rare genetic disorder that effects his muscles, but that's never stopped him from pitching a fast one.

"It was a huge honor because I've always wanted to play baseball and I finally can," Hamilton said.

Little League states its purpose is to build character, courage and loyalty. That's exactly what played out at this field on Thursday night.

"It means so much to me. It's awesome," Hamilton said.

CELEBRATING 80 YEARS OF LITTLE LEAGUE: At the ripe age of 90, one of the first little leaguers *ever* - Al “Sonney” Yearick started a ball toss and 11-year-old Giovanni Hamilton threw the final pitch ⚾️ Giovanni’s interview made me tear up. Watch it tonight at 11 only on @WNEP 💗 pic.twitter.com/0RENO5DS8a